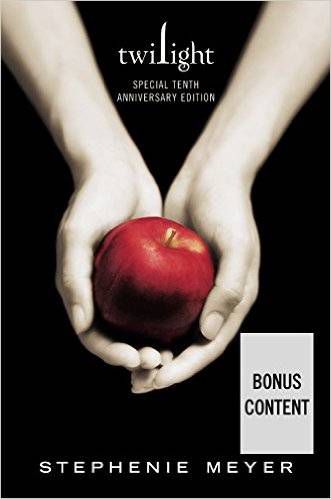 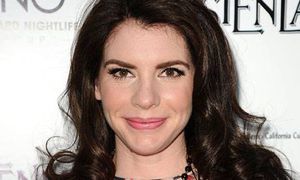 This week marks the 10th anniversary of the young adult phenom Twilight. It’s a book that incited so much love and hate over the course of its decade. But it’s a book that, without any question, left — and continues to leave — a tremendous mark on the YA world.

It’s been pleasant to read tributes to Meyer and her series like this one and this one, both of which reflect upon Twilight‘s problems while extending a lot of reflection upon what these books do. They show the inner life of a teen girl and what it is she does or doesn’t want.

Meyer herself is a fierce feminist. As much as people love to rag on her and her series, Meyer dedicates time, energy, and money to promoting and supporting the work of other female creators.

The book world has been wondering for a while whether or not anything would happen to mark the 10th anniversary of this mega series. There were talks about a special edition of Twilight that would feature “bonus content,” but the details were left vague for a long time.

Meyer explains in her foreword to the anniversary edition of the novel that she decided to go with the gender bending to underscore her position that Bella isn’t a “damsel in distress” as certain critics have charged. Rather, the author insists, the character is a “human in distress,” or as Meyer calls her, “a normal human being surrounded on all sides by people who are basically superheroes and supervillians.” Meyer also takes issue with the criticism that Bella was “too consumed with her love interest, as if that’s somehow just a girl thing.”

Talk about a surprise for fans . . . and those who love to hate on the series, who now will have to suck it up and accept this book made — and continues to make — an impact.

Keep ’em on their toes, Meyer.