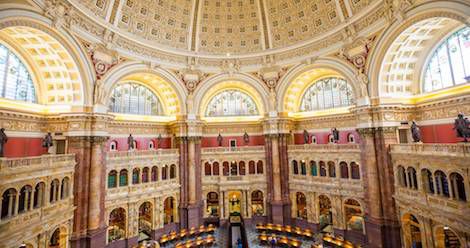 Although Thomas Jefferson’s personal library formed the core of what we now think of as the Library of Congress, it was actually President John Adams that authorized the creation of a library full of “such books as may be necessary for the use of Congress – and for putting up a suitable apartment for containing them therein.” From these (kind of) humble beginnings, we get today’s Library of Congress– all 158 million items worth!

In honor of the Library’s birthday, here are 5 bits of LoC trivia.

1 – The Library of Congress Burned Down… Twice!

Let’s not put any candles on that enormous birthday cake. During the War of 1812, invading British soldiers burned and pillaged the original collection. Within a few months of the British destruction of the library, former-president Jefferson offered to sell his personal library to the nation. In 1815, Congress approved spending $23,950 for 6,487 of Jefferson’s books.  These books laid the foundation for an incredible national collection. 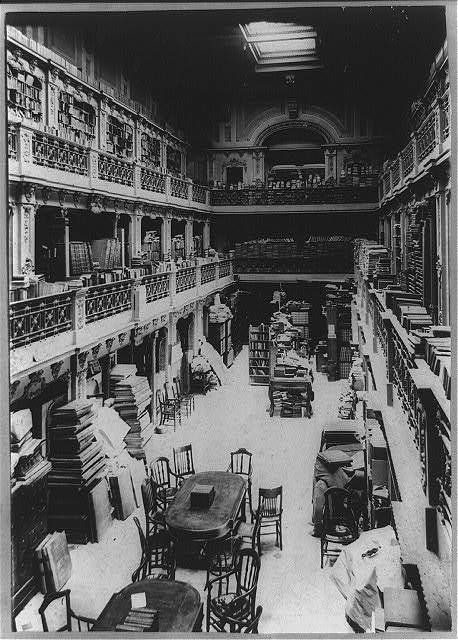 The Library of Congress burned down a second time on Christmas Eve 1851. This fire destroyed about 35,000 books– approximately 2/3 of the collection! As a result of this disastrous fire, architect Thomas Walter designed a fireproof room for the collection made out of cast iron. The collection remained in that room until it moved into the Jefferson building.

2 – There Library of Congress used conveyor belts and pneumatic tubes to move books around the Capitol complex!

When the Library of Congress moved across the street into the (gorgeous) Jefferson Building, members of Congress were anxious about “hiking” back and forth to obtain books and reference materials. To save the Congressmen time, the Army Corps of Engineers created a system of tunnels and conveyor belts to move books between the Library and Capital complex. Congressmen requested books via pneumatic tube (yup, really) and a librarian would dispatch the book via conveyor belts in the stacks. 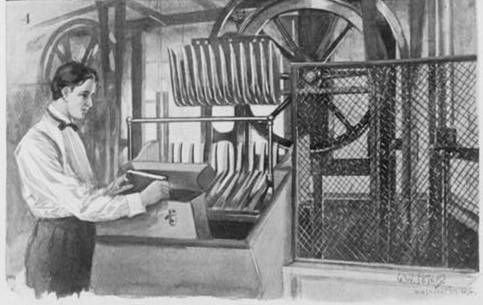 “The book-delivery system at the Congressional Library, Washington” in Harper’s Weekly, August 14, 1897.

Unfortunately, this super freaking cool system of conveyor belts and pneumatic tubes is no longer in use. However, you can still spot a few of the dumbwaiters in the reading room and remnants of the conveyor belt are still up in the hallways between buildings.

3 – The Library of Congress displayed the Constitution from 1921 until the 1952! 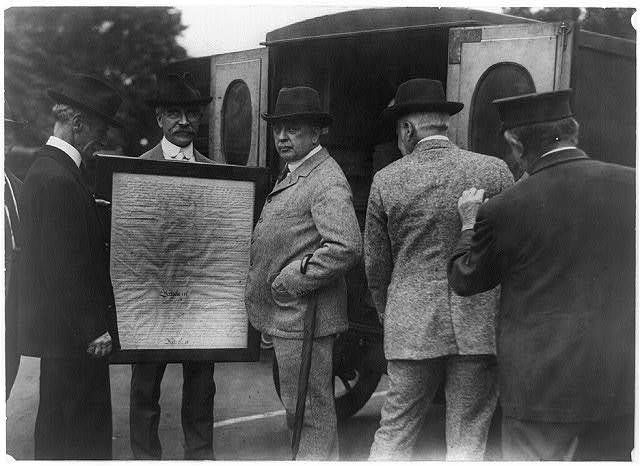 In September 1921, the Library of Congress took possession of the U.S. Constitution. It was housed in the LoC until the National Archives and Records Administration Building opened its “Charters of Freedom Gallery” in the 1950s. 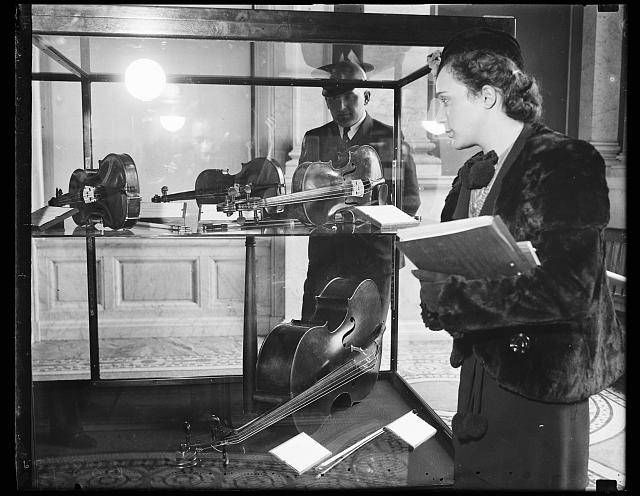 The LoC’s musical instrument collection includes 1,700 wind instruments, several stringed instruments made by Antonio Stradivari, and a variety of folk instruments. Although there is some debate about whether or not instruments need to be played in order to preserve them, the Library of Congress opens its collections to selected professional musicians. Thanks to the generosity of Gertrude Clarke Whittall, a key patron of the music collection, the LoC has funds to host concerts and recitals. Musicians are invited in to play the instruments for the public.

5 – The Library of Congress’ Collected Erotica in its “Delta Collection!”

The Library of Congress really does have everything– including pornography. Although the LoC collected these materials, they kept them segregated from the rest of the collection and kept away from the general public library user. The LoC’s Delta Collection included a huge spectrum of material– everything from Simone de Beauvoir to Alfred Kinsey’s reports on American sexuality, adult joke books, birth control pamphlets, and more. Books were identified as part of this very special collection by a triangle drawn on the spine (the Greek symbol for delta). Today, most of the items from the Delta Collection are dispersed throughout the library’s general collections (prints and photographs, books, serials, etc).

You can listen to a fantastic story about the “Delta Collection” from DC’s local NPR affiliate.

Bonus – The Library of Congress is Free to Visit!

The LoC’s Jefferson building is easily my favorite place in Washington, DC. If you’re planning to visit, check out these helpful tips for “Making the Most of Your Library of Congress Experience.” Also, you simply must hit the gift shop to stock up on bookish goodies.