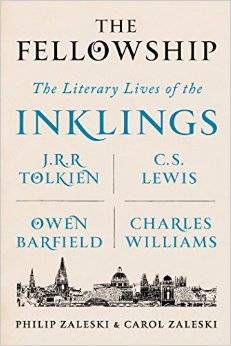 It sure seems like a long time until Free Comic Book Day 2016, doesn’t it? Well, don’t fret, FCBD’s little sister, Halloween ComicFest 2015 is coming to a comic shop near you, and you can load up on free spooky comics. Usually scheduled for the last Saturday in October, this year Halloween ComicFest is on Halloween itself, so put on your best comics-themed costume and get yourself some great stuff to read before it’s time to trick-or-treat. Oh, and don’t forget the kids!

Halloween ComicFest is a more recent and smaller event than FCBD, so most of the comics available are reprints rather than original material. Still, it’s a great way to get introduced to series you have heard about, but might not have read. The complete list of comics is available here, though, as with FCBD, your local shop might not have ordered everything and they might have limits on the number of comics you can take. Also, supplies of some titles might be limited, so be sure to show up early if there’s something in particular you really want.

I somehow missed Archie Comics’ Sabrina relaunch last October, which is probably for the best, as the series has been plagued with delays (a year later and only four issues have been published, the last in July). But it has been getting rave reviews, and Halloween seems like an ideal time to jump on board. Even if you already bought it last year, you’ll want to grab this for the exclusive (for now) black and white art and spooky variant cover. Note for parents: this is definitely not for the little ones (it is rated Teen+), but they’ve got their own World of Archie mini comic.

Remember the ’90s Batman: The Animated Series? Of course you do, it was only the best superhero cartoon ever. What you might not remember is that DC Comics published a comic set in the B:TAS universe, which it has recently been reprinting for the new generation of Bat-fans. I’ve never read the series—though I have read the hilarious Batgirl Adventures one-shot, which should definitely get its own reprint—and so am very much looking forward to picking up this reprint of the first issue. If my daughter and I like it, we’ll definitely be checking out those Batman Adventures trades.

The Birth of Kitaro #1, cover by Shigeru Mizuki

The Birth of Kitaro (written and illustrated by Shigeru Mizuki)

Here is where I admit that my knowledge of manga is, um, shall we say “underdeveloped”? (I would score a perfect zero on whatever the manga equivalent of the Five Robins test is. I know so little about manga, I don’t even know what the manga equivalent of the Five Robins test is.) But, behind the solicit’s laudatory language (“timelessly relevant and undeniably influential”) was the promise of traditional Japanese ghost stories. If it’s anything like Kwaidan (either Lafcadio Hearn’s story collection or Masaki Kobayashi’s film), I’m in. Plus, Drawn and Quarterly is promising a new all-ages Kitaro series next year, so this looks like a good jumping on point. And, it’s probably a great way to introduce your kids to manga. Says the person who just admitted to next-to-zero knowledge of manga…

While I am sure Marvel could have chosen a more Halloween-appropriate book, I understand their logic here: they are pushing Doctor Strange hard in the build-up to his movie next year, plus they just launched his first ongoing since the ’90s. At first, I was not that excited by this—I was going to pick it up because, hey, it’s free!, but wasn’t looking forward to it in the same way I was Sabrina—but then I noticed the writer. Somehow in those years in the mid-2000s when I wasn’t paying close attention to everything Marvel was publishing, they put out a Doctor Strange miniseries written by Brian K. Vaughan. Consider me sold. (Also probably not kid-friendly.)

Sure to be the most popular Halloween ComicFest book in Norway (disclaimer: there are no participating comic shops in Norway; sorry for getting your hopes up, Norwegians!), Donald Duck’s Halloween Scream features two trick-or-treating themed stories. A great comic for the kids—I know my daughter, a big Donald Duck fan, will be quite excited by it.

Other stuff I’m going to pick up: Everything! But, seriously, four other books worth mentioning by name: Ultimate Spider-Man and Avengers #1, Harley Quinn #1, the World of Archie mini comic, and Junji Ito’s Fragments of Horror.