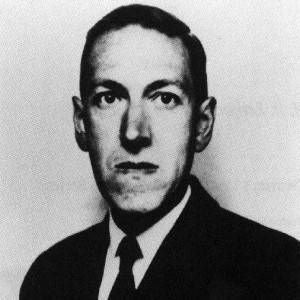 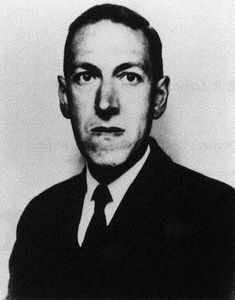 Today is the birthday of one H.P. Lovecraft, a pulp writer from the early part of the 20th century. There’s a gigantic list of birthdays for pulp writers of the 20th century – you could form a calender of saints out of them all, if you wanted to – and you haven’t heard of most of them. Their birthdays pass you right by. But boy, have we heard of H.P. Lovecraft. The fact that we’ve heard of him baffles me to no end, and I spend a lot of time thinking about it.

Lovecraft, if you don’t know, wrote horror stories about vast and unimaginable horrors from beyond the reaches of outer space (or the depths of the ocean). Ancient and incredibly alien god-creatures the mere sight of which would drive us mortals completely insane. They were dark stories of encroaching apocalypse, monsters, and our own remarkably fragile sanity in the face of it all.

The furniture of Lovecraft stories is very familiar to us. The god Cthulu is probably the official deity of the internet, if it isn’t the Flying Spaghetti Monster (I hope it’s Cthulu. He looks cooler). You all know about the evil book, the Necronomicon. It turns up in pop culture all over the place (my favorite place is turns up is in the below video, a parody of the Church of Jesus Christ of Latter-Day Saints commercials).

So it sounds like it’s pretty obvious why Lovecraft’s material has lived on, but it isn’t. Because the fact is…he was a godawful writer. He was so bad. I really cannot stress this enough. I’m aware that the quality of a writer’s fiction is very much a matter of personal taste and not objective (and those people who mistakenly believe it is objective and matches up to their own tastes are always wrong). Still, I think we can safely agree that he was really awful as a writer, given that even people who are fans of Lovecraft don’t seem to defend his writing very much.

Here, for example, is a famous story of his, The Music of Erich Zann. We can learn a lot about it just by staring at the shape of the text. There’s no particular dialog, because Lovecraft was terrible at dialog and almost never employed it. A Lovecraft story isn’t delivered so much as thudded down on the table in front of you like a quivering glob of wet cement. So the writing isn’t great by any stretch of the imagination. And the man himself wasn’t that great either, a fairly unpleasant, incredibly racist guy who had a bit more sympathy for Adolf Hitler than you’d really hope for out of your 20th Century Icons of Writing list. He wrote a bunch. He wasn’t that successful. He died. The stories lingered. And why? Because the ideas beneath the ugly exterior were astonishing.

The notions of vast and ancient gods, hidden texts and cults, madness, and insanity in the realization that there was a world beyond ours and it was too horrifying to comprehend–all of his ideas were themselves amazing things. It’s just that Lovecraft lacked the capability to do anything useful with them himself. To use a perhaps wobbly metaphor, it’s as if Lovecraft wrote piles and piles of source code, but never thought to compile it into a beautiful and functional piece of software. So instead, the world was greeted with pages of source code, which, the world not being made up solely of programmers, did not read smoothly, did not look pretty, and was not interesting. The remarkable thing is all the people who have later come along and compiled that source code of ideas into amazing works of art.

Whether you’re talking about Stephen King and his gigantic body of work (and his acknowledged inspiration drawn from Lovecraft) to Alan Moore, to Neil Gaiman, to Guillermo del Toro (what is his first Hellboy movie, after all, but a gleeful superhero movie sitting on top of a Cthulu-esque monster movie?), perhaps no one had so major an impact on our modern horror field, except for possibly Richard Matheson. I mentioned Cthulu up there, and the Necronomicon. If you go to Etsy and type Cthulu in, you’ll be greeted by a wall of things made with that tentacled dread-god. Many of them are very, very cool indeed. But…I’d be willing to bet that a lot of people making and buying and enjoying Cthulu stuff all across the internet haven’t read the original Lovecraft Cthulu stories, or even given them a moment’s thought. (That’s okay by me. I think they’re terrible.)

So what can we learn from all this? I don’t know. Possibly, it’s optimistic in that hey, even if you’re a really lousy writer, if your ideas are good enough, you might live on anyway. Possibly it’s just that we all need more fictional monsters in our lives, possibly even a stuffed and adorable one off Etsy. That seems good enough for me. Anyway, happy birthday H.P. Lovecraft. Terrible author, pretty good idea-thinker-upper. To celebrate, we shall do the Necronomicon.