I witnessed two shootings as a kid in a neighborhood almost entirely divided on black and white lines except in my own household. Several years ago I read Guns, Germs, and Steel by Jared Diamond and marveled at the pinpoint turns that change society. In the past months I’ve marveled as something that arguably helped establish civilizations seems to be tearing it back down. As we grow immune to news of mass shooting after shooting I am turning back to books to try and understand the role of guns in American lives both past and present. For me, my frustration and anger with the current state of politics needs a foundation so that I too am not subject to assumptions or jump to conclusions out of fear. Here’s a reading list of books about guns, gun history, violence, and American politics to inform our debate: 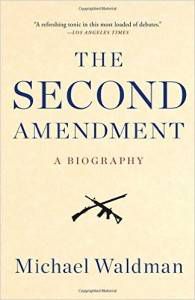 The Second Amendment: A Biography by Michael Waldman is at the top of the list. This is after all at the heart of the debate. The history of this second-most-important clause should be better known. Context is important for history, as well as how it has changed. Reviews for Waldman’s book were stellar, and a better understanding of a well armed militia is needed by me and I am sure many other readers. 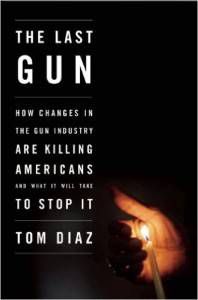 Updated just after the Newtown tragedy The Last Gun: How Changes in the Gun Industry Are Killing Americans and What It Will Take to Stop It by Tom Diaz has a clear agenda. I don’t mind agendas as long as they are not slipped in. Diaz is a widely known advocate for gun control, so I am interested in how the emotional weight of several shootings impacts the research of the book. I frequently see the term “epidemic” used to describe gun violence in America, but so far in the book it hasn’t descended into fear-mongering or gun-shaming, so I am hopeful it stays on track. 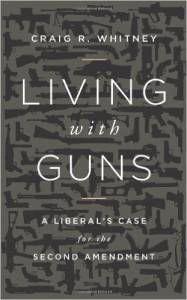 On the opposite side of the argument is another liberal writer describing a path for Living With Guns. This book is Craig Whitney’s argument for the second amendment’s place in American life and how to properly integrate it into our lives. I find it unlikely that guns will be disappearing anytime soon so the idea of a compromise and some legislation interests me (as it does for most Americans). 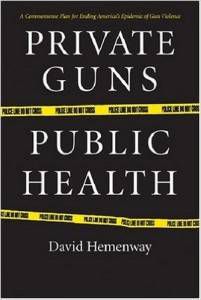 The broader consequences of gun violence on various demographics of the American population are revealed in David Hemenway’s Private Guns, Public Health. It’s not a secret that minorities and poorer Americans are disproportionately affected by gun violence, whether it is in larger moments of domestic terrorism or in the everyday violence in our country that can be easily overlooked by our newsmedia. Hemenway’s focus is from the public health perspective and contains two decades of data, which makes this scholar-nerd girl feel grounded in a debate rather than a shouting match. 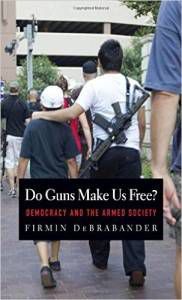 My final read will be the appropriately titled, Do Guns Make Us Free?, which to me is the central question behind the anger and frustration on both sides of this argument. As legally obtained guns are doing the majority of the damage, the image of guns equalling freedom, liberty, and happiness has certainly been called into question. What is and what should be the role of arms in democracy? Published in May 2015, this is a fairly current account of America’s gun problem and argues guns give us a false sense of security.

If you’re like me and need a fact sheet to start with, this article from The Washington Post is a graph and chart filled guide to facts about gun violence, American opinion, and politician’s stances from the summer.

Right now, I am filled with frustration and anger. In turning to books about guns I hope to find information and a path to a solution.