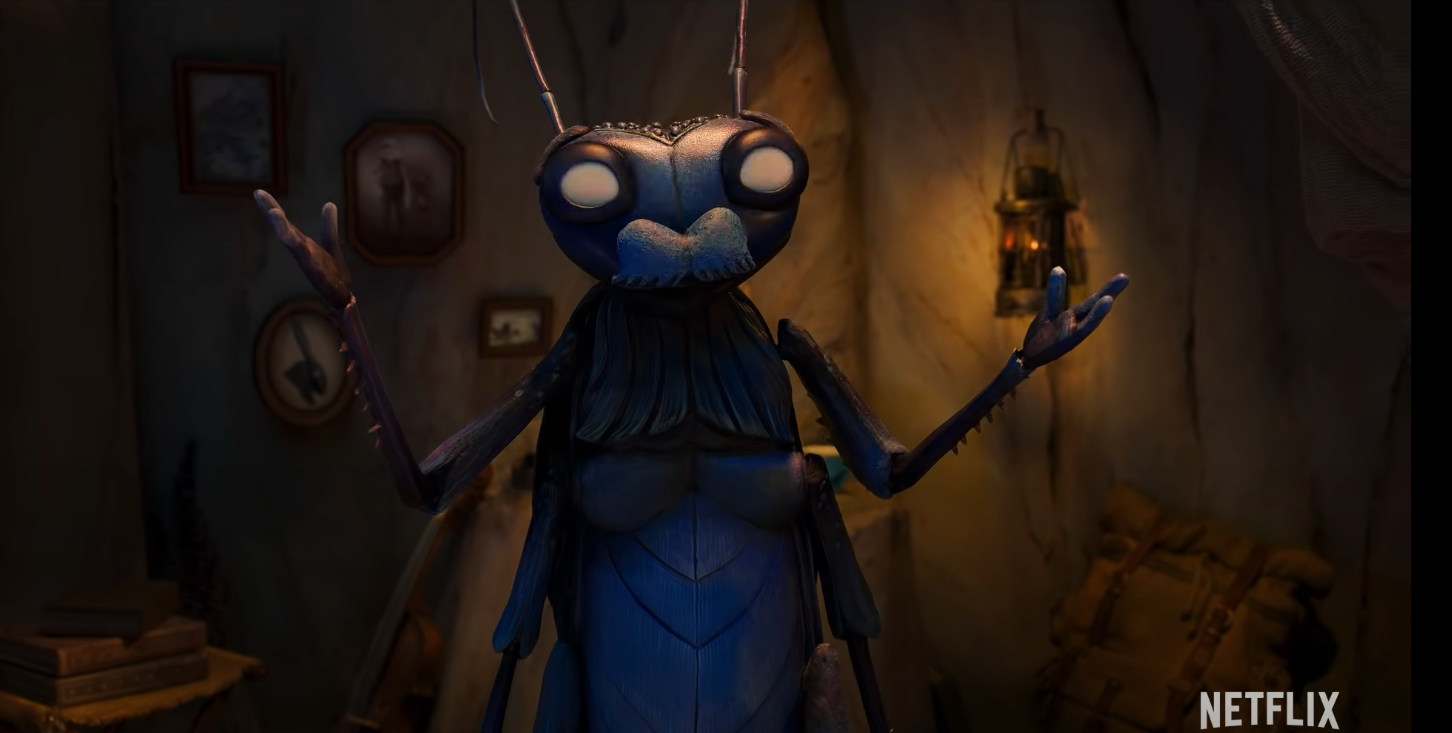 Guillermo del Toro animated version of Pinocchio, inspired by Gris Grimly’s illustrated edition of the book, was announced in 2018. It stars Ewan McGregor as Cricket (the narrator), and other announced cast members include Cate Blanchett and Tilda Swinton. Geppetto will be voiced by David Bradley and Pinocchio by Gregory Mann.

The trailer is less than a minute long, and reveals little about the specifics of the movie other than the animation style.

It will be released on Netflix December 2022.