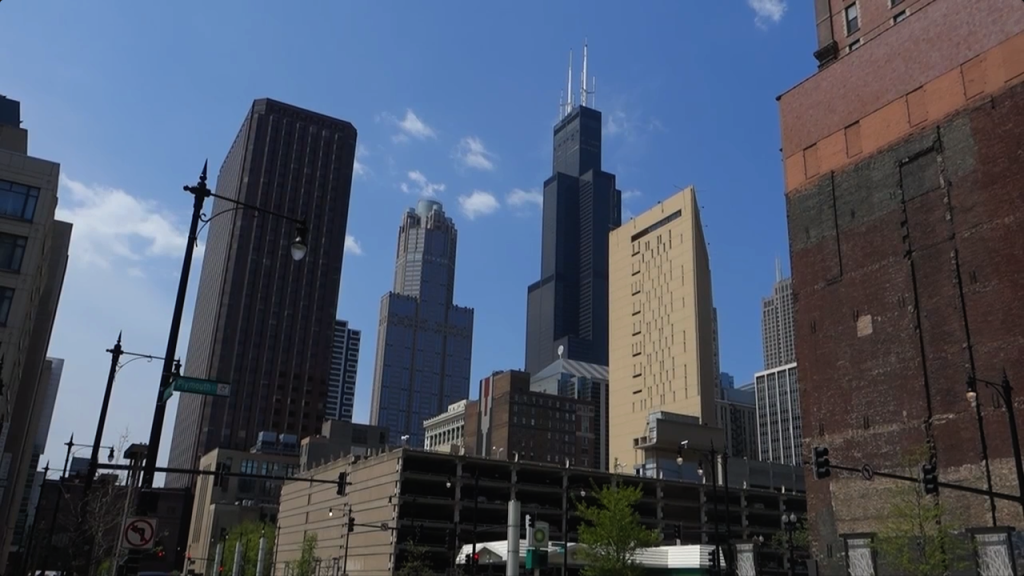 The Printers Row Lit Fest in Chicago began as a bookseller fair in the 1980s, but it has grown into the largest literary event in the Midwest. Thrown each June by the Chicago Tribune, the Printers Row Lit Fest is a great way to spend a summer Saturday and refill your bookshelves. Every year, they bring in major literary names and some of the best chefs in Chicago (what’s a fest without food?), host writing workshops, and have plenty of programming for kids. There are practically miles of booths of new, used, and antiquarian books, as well as some book-related crafts, like gorgeous hand-tooled leather notebooks.

The festival is in the Printers Row neighborhood, which, if you can’t tell from the name, is where all the printers and publishers in Chicago used to be centered. There are still a few booksellers and printers permanently in the area, so make sure you keep an eye out for them. You should also look out for the printers block sculptures, which act as benches in Printers Row Park.

I’ve been going to the Fest for the last seven years, and I worked as a volunteer for one. If you’re looking for a way to get involved, this is a great start, and I think they’re still taking applicants. I was an “author escort,” and I got to show a pre-Gone Girl Gillian Flynn around.

You’ll want to wear comfortable shoes (the Fest covers several blocks, and the events and panels are everywhere from the Jones College Prep to the Harold Washington Library, about a half mile away). I like to bring a light-weight tote bag folded up in my purse for all the books I will inevitably pick up, and plenty of cash, since a lot of the booksellers don’t take credit cards. (My favorite tradition is to grab a printers block every year, and they are cash-only. This is a very specific tip, but it is close to my heart.)The weather people are saying that Saturday is supposed to be a record hot day, so dress for 100+ degrees and drink lots of water. Even if you don’t think you are thirsty, you should drink water. Maybe buy lots of slim paperbacks and fan yourself with them.

This year’s schedule is packed with authors I’ve been wanting to see for ages. Some of the events are ticketed, so make sure you check before you head out! The tickets are a very reasonable $3 for each event. If you don’t get a ticket, don’t sweat it: a ticket guarantees a seat, but if the room doesn’t fill up, you can still probably get in.

To make your trip to the Fest a little easier, I’ve sifted through the panels and talks to find the best of the best events.

Schedule Highlights
(A * denotes a ticketed event. Get your tickets here.)

10:30
Welcome to the Neighborhood: Writers and performers from all over the city tell stories about different Chicago neighborhoods. (South Loop Stage)

1pm
Jeremy McCarter, the co-author of the Hamiltome, discusses working with Lin-Manuel Miranda and the book. Maybe he will sing? I bet we could make it happen. (Jones College Prep)*

12:30
Charlie Jane Anders, Annalee Newitz, Dan Sinker, and Kameron Hurley talk about the political and the strange in “If I Can’t Timejump, I Don’t Want to Be In Your Revolutoion” (Center Stage)

1:30
Rebecca Makkai and Joe Meno talk about The Craft of the Short Story (Hotel Blake)*

2:30
Buzz Aldrin. Buzz. Aldrin. The guy who was in space. Probably he will talk about space. (Harold Washington Library)*