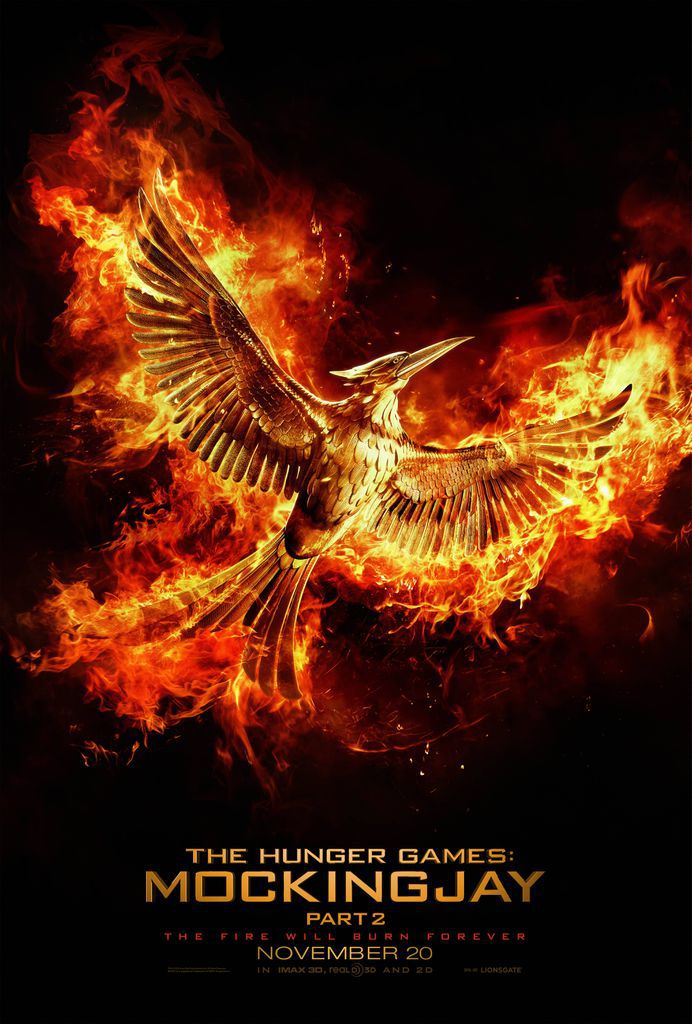 Katniss, Peeta, and Gale are back on screen for the last time in The Hunger Games: Mockingjay, Part 2. Are you going to see it? Not sure yet? You’re not alone.

Let’s be real: the last book in The Hunger Games trilogy, Mockingjay, inspired some…how should I say…strong emotions. We were all desperate to know how the battle for the Capital would end, would President Snow destroy District 13 and most importantly, would Katniss end up with Peeta or Gale?

The first Mockingjay movie found Katniss in District 13, turned into a symbol of the rebellion and the star of PR campaigns rather than an actual soldier. She doesn’t do much – both in the first half of the book and in Mockingjay, Part 1. It’s not exactly an auspicious start to the finale of the story, and considering how ragey the second half of the book made a lot of people, you might be wondering if it’s worth shelling out $12 bucks ($20 if you get popcorn) to see it in the theaters.

Lucky for you, I’m here to help. Here’s your simple guide for seeing (or not seeing) the last Hunger Games movie:

1. You loved the last book completely and totally and you have no issues whatsoever.

Who am I kidding? You’re going to see this no matter what I say. Go, enjoy, get your Effie on. Verdict: Go see it.

2. You hated the ending (you know what I mean) and you throw your hands up and try to pretend none of this ever happened.

Yeah, probably don’t go see this movie. Unless you like to be angry and want an occasion to throw popcorn at the screen. Verdict: Don’t bother.

3. You found the fighting and action-filled scenes in the book to be confusing/narratively flat/frustratingly motiveless.

I felt – and I know other people did too – that the battle sequences had a really weird flat feeling in the book, like there were no emotional peaks and valleys and it was hard to pinpoint anyone’s motives. The visual medium of a movie helps to create those emotional highs and lows and, if the confusing action of the book was your biggest problem, you’ll refreshingly find the movie well worth the effort. Verdict: Go see it.

4. You rolled your eyes at the epilogue.

Because of the motive issues I mentioned earlier, it was easy to find the epilogue cheesy and unbelievable. But those motive problems are better explained in the movie – everyone’s intentions are a lot more obvious – and the ending (while still sappy) isn’t quite so unrealistic.Verdict: Go see it.

Even if you have no idea what The Hunger Games is, Philip Seymour Hoffman on screen one last time is worth the price of the ticket alone. Verdict: Go see it.

6. By the end of the trilogy, you were super annoyed by the “everyone dies, war is hell” theme.

Yeah, the last installment is not going to change your mind. This time, it really is all out war. Verdict: Don’t bother.

7. Or the metaphor for current world events (the “answer to violence is more violence” thing) is making you super stabby and you just want to curl up with a kitten and pretend people don’t suck.

I hate to break it to you, but this movie probably won’t help that feeling subside. Stay home with the kitties in your life, and wait for this one to hit Netflix where you can watch it and rage in the peace of your own home. Verdict: Don’t bother.

8. You never read the books and were kind of “meh” about the direction the movies were going anyway.

You probably don’t need to go see the last of the Hunger Games movies, but hell it’s just so much fun, the special effects are great, and don’t you want to know how it ends? Verdict: Go see it.

Happy Hunger Games, and may the odds be ever in your favor!