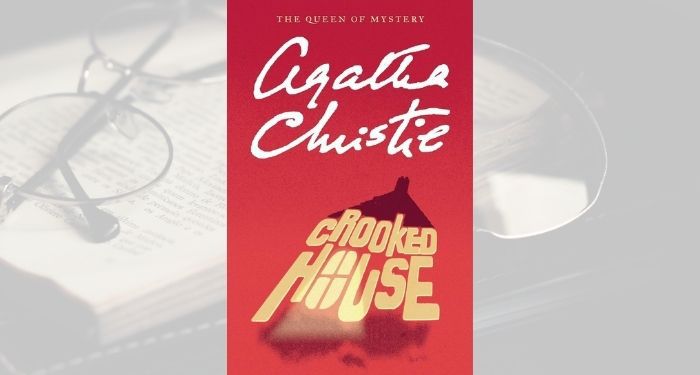 Back in July, Tirzah Price wrote an article for Book Riot that asks an important question: does solving the mystery make a difference? Ever since, I’ve been thinking about my relationship with mysteries, especially murder mysteries, and what the answer is for me.

In order to be good, a mystery depends on several things, and being able to conceal whodunit isn’t always a sign that a mystery is, in fact, good. Otherwise, books like The Secret History and TV shows like Colombo would have their days counted from conception, since they pretty much start off by presenting the murderer to us. A lot of the components of mysteries depend much more on the reader than on the book.

I first read Agatha Christie when I was in high school. The local library had a large Christie collection, and she quickly became one of my favourite writers. As I devoured her brilliantly crafted mysteries, I started to realise that, personally, there was something missing in Miss Marple’s stories that I could always find in Poirot’s, making me prefer the latter. Miss Marple always seems to show off her skills and her relevance as a mystery solver at the end of the story, presenting clues and scenes she has witnessed to explain how she has come to her conclusions. Poirot, on the other hand, usually takes readers along for the ride. We see what he sees and, in some way, his stories always trick us into believing that we possess all the tools he does for solving the crime. Which, in all fairness, doesn’t exactly mean it becomes more probable for us to figure out the mystery: very often I am as lost in Poirot’s stories as I am in Miss Marple’s, but it’s the being included and knowing I am seeing pretty much the exact same things Poirot is seeing that really makes a difference. Even if I am forever destined to be less clever than Poirot and always one step behind, at least I get a sensation of fairness. Because I am being shown the same things Poirot is witnessing, I have a decent probability to figure the whole thing out. And I have. I often am very close to Poirot’s own unravellings, and it still counts.

When I read Olga Tokarczuk’s Drive Your Plow Over The Bones Of The Dead and I reached the end, I browsed back to page 84, where I had left a note in the margin claiming I knew who the killer was. I was right. In that specific book, I felt very clever, because I figured the mystery quite early on (and I absolutely loved it). But to be fair, there are many more books in which I write a new suspect every ten pages or so, and it ends up being someone that I barely considered.

Allowing the reader to figure the mystery out – and don’t be fooled, very often when you know early on who the killer is, that’s because the author is choosing to give you that knowledge – is definitely not one of the variables making it or breaking it for me. I enjoy discovering the mystery as much as I enjoy being fooled and tricked by the writer, and I cannot possibly choose one or the other. It would be very cool if I was a bit more like Sherlock Holmes, that’s certain, but I also very much like to be played by the author like a cheap pianola.

Here’s To The Twisted Ones

In the last few years, looking back at what truly compels me in a mystery book, I realised how much I enjoy twisted stories and characters.

Let’s look again at Christie. My absolute favourite story of hers is The Crooked House. The main character, Charles, makes his first and last appearance in this book as a detective’s assistant, and much like Poirot, he takes us along as he finds things out himself.

The plot is interesting enough, but it is the reveal of who killed the wealthy patriarch Aristide, more than anything else, that makes it remarkable. Spoilers ahead if you haven’t read it: the murderer is a very young child. She is Aristide’s own granddaughter Josephine, who ends up committing more than one murder in the book.

Gone Girl isn’t just popular because it tricks the reader into trusting the killer in the same way they trick everyone in the book; it’s popular because it shows a side we don’t expect to see in a human being. They show us the unimaginable, a fictional character that is cleverer than all of us.

This is, I imagine, also the reason for Daphne Du Maurier’s Rebecca popularity as well, and why We Have Always Lived In The Castle and The Lottery are some of Shirley Jackson’s most compelling works of fiction.

Very often these stories pick up a character that seems fragile for some reason, maybe even naive or immaculate, and make them do the unthinkable. And while we may want to trust and believe in the best of humanity, it is the possibility of evil lurking in the most unsuspected of places that so often does it for us, that so often daunt us at the turn of the last page.

If you have enjoyed this piece and are yourself a mystery fan or curious about the genre, here are a few more places to explore:

26 Of The Best Cosy Mysteries

Mystery Series You Can Read Out Of Order