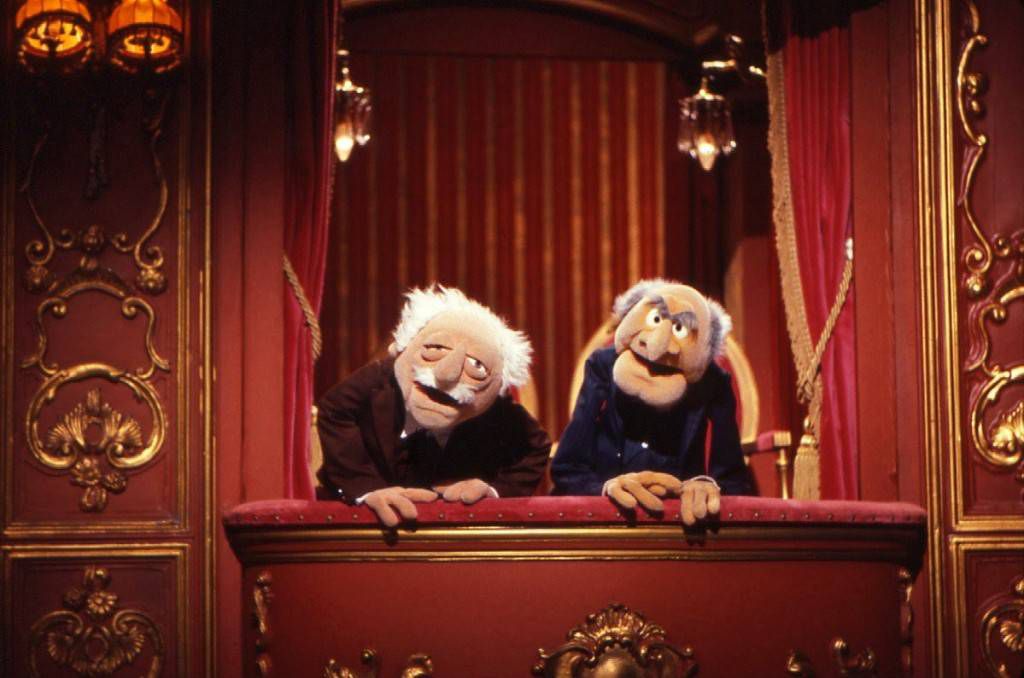 So, recently an article came out in which someone complained about, among other tiresome arguments, 50 Shades of Grey and the effect of the book on a younger generation, which had not been maturing to precisely the level of adulthood which the article’s author had wanted. I’m not going to even give you a link. You can probably find the article, or one of dozens just like it, ranging from personal blogs to big important news sites. These articles appear with such regularity, I sometimes think they’re affected by the moon, like tides. They are sometimes well-meaning, but not very often. Mostly, they’re written by Professional Old Men of various ages and genders.

(Aside: may I point out how interesting it is that the complaints, which in previous generations have been aimed at video games, rap music, metal music, Dungeons & Dragons, etc. are this generation being aimed at books? That’s a good sign for the health of the literary appetites of young people, and it shows that books are having an effect on them, or else we wouldn’t feel so threatened by it. Isn’t that interesting?)

(Aside II: Aside Harder: Where do these Professional Old Men originate from, you wonder? Easy. As teenagers, we tend to like things which older people and our parents sneer at. We do it anyway, but we simmer and feel resentful and we always think “When I’m a grown-up, if my kids want to listen to the Clash or Iggy and the Stooges, they can totally do it. Problem is, we grow up and our kids listen to whatever they want instead of the pieces of our youth we would have approved of. Take this and apply it to any art form and Professional Old Man.)

All these fusty articles are the same. All that changes is the books these Professional Old Men are sneering at. Da Vinci Code Harry Potter Twilight 50 Shades of Grey thank you good night. I want to talk about the latter two on that little list for a bit, though, and why we need to stop being appalling about them.

First, every argument against them is cookie-cutter identical and does little but tell you something about the person complaining and not much else. There’s nothing wrong with discussing the books or why you don’t like them, mind you. Far from it. It’s when the opinion becomes intermingled with a sneering at the people who are reading these books. (It’s when you veer from “this is a terrible book” into “oh it’s mommy porn for bored women” that you’ve gone off the rails). These opinions are like making the most witty racist remark ever. Still the only thing anyone will remember about you was that you were a racist.

Second, and this is the BIG ONE: when you sneer and complain, you might be hurting readers. Think about this. Some people are gonna pick up Twilight, for example, and read it because everyone else is reading it. This group of people are not readers, they’re just going with the trend. When they finish, they’ll nod and move on. They weren’t readers, and they weren’t likely to become readers, no matter what.

But there’s a second group who pick up Twilight and read it, just cause everyone is. They aren’t really readers, but they read this and finish it. And…they discover that they quite enjoyed having a book in progress. So they go find something else. Suddenly, a non-reader has gone through chrysalis and become a reader. That’s wonderful! I want more of that.

Sneering at their books could kill a fledgling reader like a boot crunching on a butterfly. Making budding readers ashamed of what they’re reading and making them feel like they have to read the Right Sort of Books is a great way to turn a newfound pleasure into an obligation, and that’ll do with any pastime. No one likes being sneered at. And let’s cut the bullshit here: it’s bullying, simple as that.

As for the loudest argument that’s always made…sooner or later, someone sneers about how bad these books are, and frequently with the attitude that suggests they’re revealing a grand truth that people around them have somehow missed. If only reader knew how rubbish these books were, they would have a Road to Damascus moment and flutter away into the rarified air of literary valhallas. I’ve rather mixed up my metaphors and religions just there.

Now as it happens, I don’t have a high opinion of Twilight, or 50 Shades, or Da Vinci Code, or what-have-you. In fact, “Don’t have a high opinion” is an understatement. But the key is, that applies only to me. There are lots of books people enjoy that I don’t go for. That’s fine. The idiocy would be if I took my personal taste and applied it as some grand objective truth. Nothing good ever comes out of trying to force any belief on someone who doesn’t want it. We have history books to tell us all about that.

Plus…look, nobody reading these books is mistaking them for high art. Nobody has got their Twilight confused with their Marcel Proust. Shouting “Don’t you realize!? This is not five-star gourmet cuisine!” to someone who is chilling on a couch and eating chips is really not accomplishing much. He knows they’re chips. Some of these books are chips too, but that’s fine. We all need some junk food now and then.

It doesn’t matter the age of the person, if these are some of the first books they’ve ever read, they are a Literary Adolescent. They’re just starting out. So maybe someone is reading a terrible book now, but give them a few years or decades, and they might advance to more complex stuff (or they might not. Somehow, the world will keep spinning.). I’ve talked before about how I spent most of my youth inhaling Star Wars novels. They weren’t good, most of them. They were far from it. I started there and have gradually advanced, inhaling all the books. (I have read Proust. Since I keep mentioning him.)

So what I’m saying is: relax. This stuff is harmless to everyone but you, Professional Old Guy. I seem to spend a lot of my time saying “the kids are all right,” but they are dammit, and we need to realize that. There are surely bigger things to worry about in the world. Instead of sneering, how about we all go outside for a bit? Here, I’ll bring a Frisbee…

…and a nice big bag of chips.