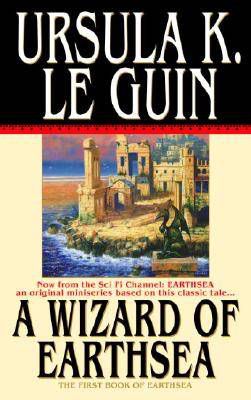 When I was maybe seven or eight, my brothers and I had this one particular babysitter — I think her name was Amanda. We knew that if Amanda was watching us, it meant one thing and one thing only: 20,000 Leagues Under the Sea! Could anyone be creepier than James Mason (with the exception of the evil giant squid), more dashingly confused than Kirk Douglas, more just-so-freaking-weird than Peter Lorre? I was positive the answer was no. We had a battered old VHS, complete with commercials from when the movie was taped, and would fight over who got to push play. Aaaahh, young love! We must have watched it hundreds of times, cheering wildly when the squid gets electrocuted, hiding behind the couch when the cannibals came rushing out, pretending to play mournful organ tunes along with Nemo. I’m not sure if Amanda actually enjoyed that movie, or if she just knew it was a foolproof way to keep us occupied for two hours, but either way I’m thankful. It was this solid grounding in adventure above and beneath the waves that set my standards for future water-based hijinks. Imagine if your first exposure to the genre was Waterworld, for example. C’est trop horrible!

This set, then, is dedicated to babysitters everywhere. Here are three books that will help you instill a love of the high seas in malleable minds (and reawaken it in older ones):

I’m the Biggest Thing in the Ocean, Kevin Sherry

What better way to meet the ocean’s residents than with a happy-go-lucky giant squid? He’s bigger than clams and shrimp and fish and even sharks. (But shhhhhhh, maybe let’s not tell the shark.) Yep, after looking high and low, it seems safe to say: Squid is the biggest thing in the whole ocean! Except for … (What, you ask? You’ll just have to read the book to find out, now won’t you?) As someone who was forever imagining terrifying creatures about to strike from beneath the waves, I really really wish someone had given this book to my toddler-self. I might have been significantly more excited by (and less petrified of) the ocean. How much did I want to be Charlotte Doyle when I was a wee lass? So much. She went to boarding school, survived a mutiny, became a sailor, and ran away from home, all before her 14th birthday. And it was through the redoubtable Charlotte that I learned what little I know about the anatomy of ships and the sailing life. From masts and jibs and crows-nests and starboard to the darker details — round robins, sewn hammocks, the brig, the lash, keelhauling — shiver me timbers! This is a prize-winning classic for so many reasons, not least of which is that a girl and a grizzled old black sailor win the day. Every now and then you get to sail beyond the known edges of the world, into the “Here Be Dragons” regions — and Ged is one of my all-time favorite voyagers. In his epic quest to defeat the shadow being he unwittingly summoned, he defeats one foe after another (including dragons!), never quite catching up to his true enemy. That is, until he sails so far that the sea actually starts to become land again. From young upstart to seasoned mage, from one island of Earthsea to the next, I am hard-pressed to think of anyone who’s had more adventures on the high seas than Ged. Sidenote: I entreat you not to watch any of the adaptations, or at least not until you have read all of the books. While some sci-fi writers have been blessed with decent screen-versions of their work, thus far Le Guin has been, ummmm, unlucky.