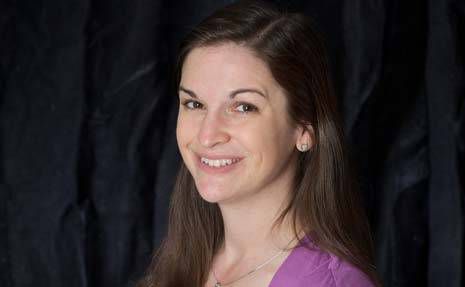 This is a guest post from Holly Genovese. Holly is a Ph.D student in history and women’s studies at Temple University. She is contributing editor at Auntie Bellum Mag, contributor at Rabble Lit, and a blogger for USIH. Her work has appeared in Bustle, The Establishment, and Scalawag Magazine. She enjoys writing, scouring flea markets, painting creepy birds, and reading home decor blogs. Follow her on Twitter @hollyevanmarie.

Last week, I impulse bought tickets to book con in New York City. I had never been to a con of any type, much a less a NYC BookCon. But I deserved a treat, it was summer, and I used a bunch of credit card points for train tickets. BookCon had a stellar line up: Mr. Feeny, Bill Nye, Margaret Atwood, even Chelsea Clinton.The promise of 50% off books and a stellar tote bag selection didn’t hurt.

But YA authors, and fans, stole the show. Tons of young adult authors were there on panels, doing signings, and I’m not sure I’ve ever seen more teenage girls outside of a high school (take note, people: teen girls are such a powerful and important demographic, please stop discounting their taste in books).

I, as a 25 year old YA fan, also came for the YA. I was excited about Rainbow Rowell, Jenny Han, and Morgan Matson, but Sarah Dessen is who made me jump up off the bed and squeal, running downstairs to immediately buy tickets. Last summer was my summer of Morgan Matson, and I fell in love with all of her summery reads. I quite literally read six Jenny Han books in the two weeks before BookCon. But I came for Sarah Dessen. I have been reading Sarah Dessan since I first discovered her books in my town’s tiny public library in high school. They were often checked out, so I acquired a sizable lot at my local Borders (thank god Young Adult novels are so cheap). I’ve reread most of them over the years, pre-ordered her newest offering (what are you waiting for, it’s so good ya’ll), and am slowly collecting all of the books I checked out from the library over the years. I follow her on twitter (she favorited my tweet, ya’ll) and am as familiar as most of her fans with her love of Good Morning America, Friday Night Lights, and North Carolina.

I assumed the line for her event would be out of control, that all of the guests would be there to see her (although Jenny Han and Morgan Matson are both YA super stars in their own right). I tried to get in line to see Rainbow Rowell (whom I love obviously) a half hour ahead of time, not realizing that girls had literally been camped out on the floor for hours. So that wasn’t happening. There was a line across the hall, leading to the room that Sarah Dessen would be in three hours later. I asked the attendant what the line was for–it was for the panel starting in 20 minutes, but if I wanted to get a good seat I should sit through that Panel and wait. And so I did. Shockingly (to me only) the line for this panel was not that of Rainbow Rowell’s. There were empty seats, some near the front. I was even able to run out to the restroom and get my seat back before it started.

What shocked me even more was that most of the girls were there for Jenny Han and Morgan Matson. This isn’t to say that they don’t read Sarah Dessen, or aren’t familiar with her Twitter presence. She get a lot of applause too. But it was clear that Jenny Han was the the star of the show, which makes sense. Her last book came out a few weeks ago, and she’s on been on the YA scene for about a decade. Girls in high school and college grew up with her, like I grew up with Sarah Dessen.

I know teenagers (and grown ups!) still read Sarah Dessen, that she’s still popular on Twitter and still writing new books. But how many of us still reading Sarah Dessen, are like me? In their mid 20s, having grown up with Sarah’s novels and still reading and re-reading year after year? I remember going to a Meg Cabot talk a few years ago in South Carolina, slightly embarrassed to be a 23 year old going to see the author of the The Princess Diaries, only to realize that the audience wasn’t full of 14 years olds like I expected, but 20-somethings who had grown up with Princess Mia. The fanbase was just as committed, but it was older. Not because the books were aimed at adults, but because the girls who were teenagers when they came out are now adults.

It just makes me wonder, because of the way publishing works and the hold books we read as teenagers have on us, what the longevity of these books are? Will they continue to appeal to new readers, or will older readers keep coming back far after they have “outgrown” them?  Of course, I’m supportive of any and all people reading whatever books they love. But i’m also thinking about the ways in which we grow up with our young adult authors and in many ways their work has to grow up with us too.

I love Jenny Han and Morgan Matson, but I have to say, I got in line three hours early to see Sarah Dessen, the hero of my high school years and the reason I will one day retire to a North Carolina beach town. No matter how much I love Lara Jean’s baking or Amy and Roger’s road trip, I got through my teen years in the streets of Colby, North Carolina with Sarah and nothing will ever change that.