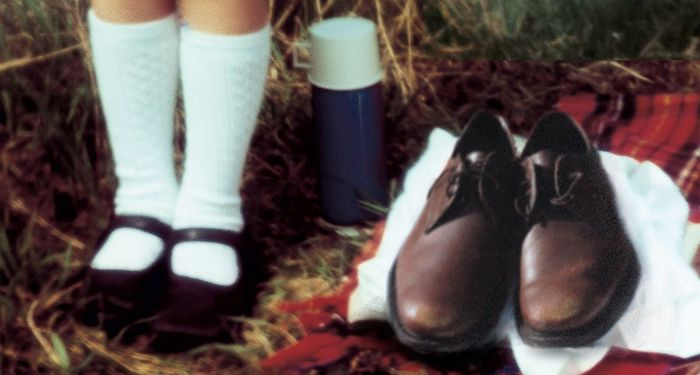 This post includes discussion of grooming in fiction as well as news reports of sexual abuse. It also contains spoilers for The Thorn Birds by Colleen McCullough and The Time Traveler’s Wife by Audrey Niffenegger.

Romances are often ambiguous and unfairly maligned. According to The Romance Writers of America, a happy ending defines the romance genre. More broadly, though, readers may consider any story a romance as long as it contains a romantic relationship — regardless of genre or ending. Many beloved romances are technically tragedies. Some even make an adult grooming a child for a future sexual relationship central to the “love story.” Although interpretations of books vary, I’ve always viewed The Thorn Birds by Colleen McCullough and The Time Traveler’s Wife by Audrey Niffenegger as depicting grooming.

When I first read The Thorn Birds, I thought Father Ralph de Bricassart was grooming Meggie Cleary, although I didn’t yet know that term. When they first meet, he’s a 28-year-old Catholic priest, and she’s 9. They form a deep emotional bond. Ralph is physically affectionate with Meggie and even carries her. Some readers view him as Meggie’s father figure, but she has a crush on him, and he has terrible boundaries. When Meggie starts her first period, Ralph privately explains menstruation to her. This is such a taboo, intimate subject that even Meggie’s family won’t discuss it. So, when Ralph and Meggie reconnect when she’s an adult, and their relationship becomes sexual, I was appalled.

The 1983 TV miniseries makes it even clearer that Ralph struggles with his attraction to Meggie when she’s still a child. He may or may not consciously plot to groom her, but he at least had inappropriate boundaries since her childhood. The novel uses the Catholic themes of temptation and sin, rather than psychological, secular concepts like grooming and boundaries. Ralph agonizes over his infatuation with Meggie, but not because they were close when she was a child. His guilt is primarily about breaking his vow of celibacy as a Catholic priest.

Inevitably, the times in which we live influence our interpretations. The Thorn Birds is a multi-decade family saga beginning in 1915 and published in 1977. I read it in 2010, years after the news of Catholic priests sexually abusing children in my local dioceses in Massachusetts. It would be impossible for me and other readers not to find Ralph’s treatment of Meggie inappropriate. In the 1970s, some readers may have never considered the possibility of a predatory priest.

Right before Ralph dies, he tells Meggie the legend of the self-destructive “thorn bird,” which sings beautifully as it impales itself and dies. “But when we press the thorn to our breast, we know, we understand…and still, we do it.” His metaphor for their relationship idealizes it as a tragic, doomed love story, with equally knowledgable participants. It suggests that pain and guilt make a relationship unique and beautiful. I can’t imagine The Thorn Birds being published and considered romantic today.

Because of the recent news stories about grooming and its impact on abuse survivors, I’m surprised that The Time Traveler’s Wife, a SFF/romance novel from 2003, will be adapted into an upcoming HBO show. Some readers think the central romance of The Time Traveler’s Wife involves grooming (googling the title and “grooming” comes up with dozens of concerned reviews and discussions). The show has an opportunity to update the story or address issues it raises with more complexity than the 2009 movie adaptation.

Henry’s involuntary time traveling creates uncomfortable predicaments. When he first meets Clare, she’s a little girl and he’s in his 30s. He’s also always naked when he time travels. He finds coverings to avoid exposing himself to Clare, but still, she quickly becomes desensitized to the danger of a naked adult appearing in her yard.

He’s always known that he’ll marry her, which makes their relationship seem predestined. Henry tells young Clare they’re married as adults. Then, when they’re both adults and married, he goes back in time to meet her as a child, ensuring she’s already dreaming about him. They first have sex on her 18th birthday.

When Henry and Clare first meet in real time, he’s 28, and she’s 20. He doesn’t know her. She’s already infatuated with him, though, because in her timeline, she’s known him almost all her life. She feels destined to marry him.

I understand why the idea that certain people are fated to be together can be romantic. However, many books explore predestination, free will, or age gaps between adults, without grooming or huge power imbalances. This is also why I find teacher/student sexual and romantic relationships unethical. Adults who manipulate or behave inappropriately with minors, and later have sex with them as adults, are abusing their power. Fiction can describe unlikely or impossible relationships, but it’s worth considering which “romantic” story elements would be traumatic in real life.