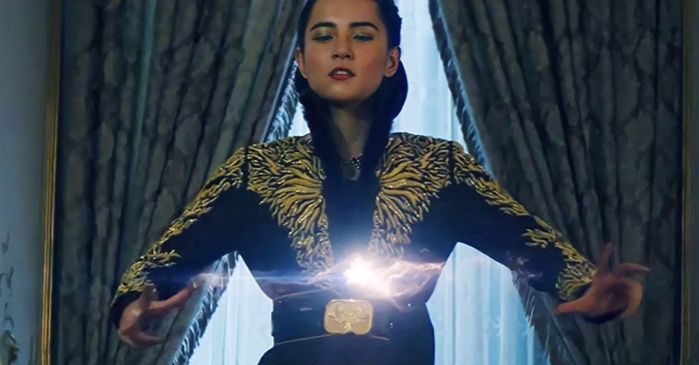 Along with the rest of the Shadow and Bone-loving world, you’ve probably been practicing your badass Heartrender hand motions ever since watching Nina and Fedyor and the rest of the Grisha cast wielding their powers. I think we can all agree their fight choreographers nailed it. It just looks so cool. But before you get too comfy with any hand motions, maybe we should figure out which kind of Grisha you are, anyway. That’s where this handy dandy Grisha quiz put together by our finest Book Riot Fabrikators comes in.

But first, a bit of background on what it actually means to be Grisha, and the many skills you could come to possess as members of the Ravkan Second Army.

According to Grisha lore, the powers practiced by Grisha aren’t magic, they’re part of something called the Small Science. It’s a way of manipulating matter down to its smallest and most basic forms. Nothing can be created from nothing, but catalysts, such as combustible elements in the air, can be accessed by Grisha. As they say, “like calls to like.” And while, historically, and still in certain places like Fjerda, their powers have been decried as witchcraft, Grisha are generally tolerated. And occasionally even worshipped as saints — though some might debate whether their powers come from the Small Science of a higher power.

There are three orders of Grisha, the Corporalki, Etherealki and Materialki, each of which are further divided into specific types and specialties. The Corporalki manipulate the physical, the flesh. These include heartrenders, healers, tailors, and, very rarely, corpsewitches, who can raise the dead. (You’ll have to read King of Scars to learn more about that particular kind of Grisha power.) The Etherealki, also know as the Order of Summoners, have access to the more ephemeral and elemental powers, with squallers like Zoya Nazyalensky controlling air, inferni manipulating flame, and certain individuals like the Darkling and Alina Starkov able to create dark and light. And the final order, the Materialki, work in the realm of the physical. Durasts and Alkemis are often grouped together as Fabrikators as they are the Grisha creating new technology for the First and Second Armies.

So there’s your basic lesson in Grisha orders and terminology. But basically, it all boils down to: Grisha are awesome and who wouldn’t want to be one? I mean, assuming you don’t live in Fjerda where you might be hunted down by the Drüskelle. And unless that Drüskelle goes by the name of Matthias Helvar, you’re probably in trouble. Still, Grisha, we all want to be one. But which type are you really?

Want to find out what type of Grisha you are? Just take this quiz to learn if you’re an inferni, squaller, durast, healer, or heartrender. You know you want to.

Since you’re clearly into Grisha and quizzes, you might also be interested in this Shadow and Bone character quiz to find out which character from the show you’re most like.