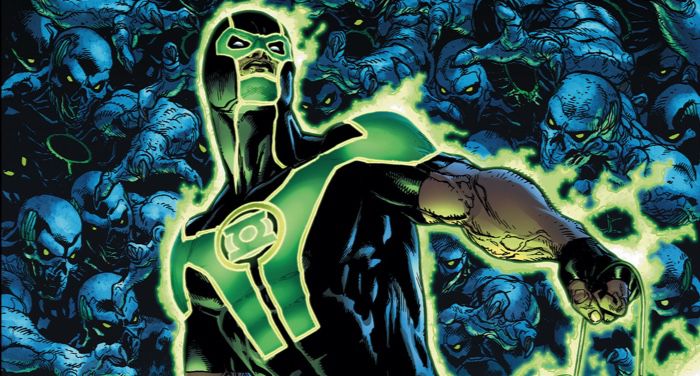 Let’s do one last Lantern…

Simon Baz grew up in Dearborn, Michigan, a Lebanese Muslim American who found himself the target of suspicion and ostracized by his peers in the wake of 9/11. Turning to illegal racing and car theft after being fired from his job, Simon ended up being investigated by a terrorism task force after stealing a car with a bomb in it that subsequently exploded. While Baz was in custody, Hal Jordan’s ring fused with Sinestro’s and chose Baz as bearer. It rescued him, though it did knock him unconscious.

Upon waking, Baz attempted to assist the Corps against the Third Army (another real bad Guardians idea) but encountered the Justice League, the members of which accused him of taking the missing Hal Jordan hostage. Batman tried to remove Baz’s ring, which freaked it out and triggered it to attack the League. This, understandably, freaked its bearer out in turn and Baz did a runner, finding his sister who couldn’t do much about the League but did clear his name with the cops. B’dg (beaver/kangaroo-ish Lantern) then showed up, looking for Jordan (Hal Jordan. Causing trouble. Again) and helped Baz play the messages from Hal and Sinestro stored in the ring, revealing The Jerkfaces of the Universe were planning to replace the Corps with the Third Army. Their ultimate goal? Ruling the entire universe (which, recall the Manhunters, had gone real well for them in the past). Sinestro wanted Baz to have his ring, feeling the qualities they shared might help Baz defeat the Guardians (yay? Boo? Hard to say). B’dg and Baz busted Guy Gardner out of prison (Guy? In prison? I am aghast) and took off for Oa.

Simon ended up in the “Dead Zone,” which is where Hal and Sinestro poofed off to. There was a lot of slap fighting and strangling and wrestling and teleporting and yelling and then Sinestro escapes and everyone else teamed up to defeat Volthoom (that evil first Lantern dude).

In the Rebirth continuity, Simon Baz is Jessica Cruz’s partner; after both failed training exercises, Hal Jordan fused their powers so that Jessica and Simon must be together for either of them to access said powers. Which…doesn’t seem like a great way to boost anyone’s confidence or teach them how best to utilize their skills. He did ask the Justice League to give both newer Lanterns spots on the team, hoping the more experienced heroes would mentor the younger duo. 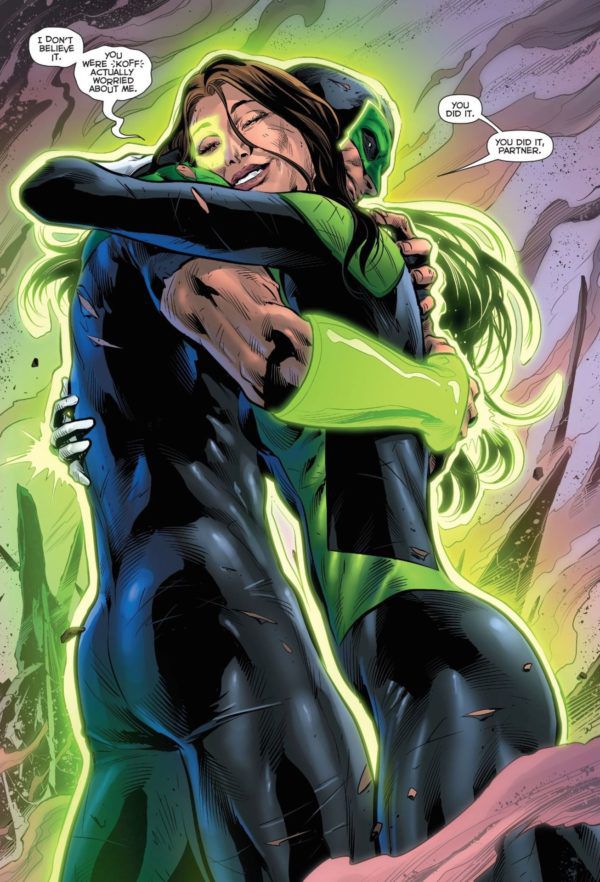 Baz’s reception was mixed in that some praised Johns’s inclusion of a Muslim American Lantern and some felt he wasn’t the one to tell that story; I agree with the reviewers who have suggested it would be excellent to see what an #OwnVoices creative team could do with the character. The Lanternverse keeps getting bigger. The family writing its stories should too.