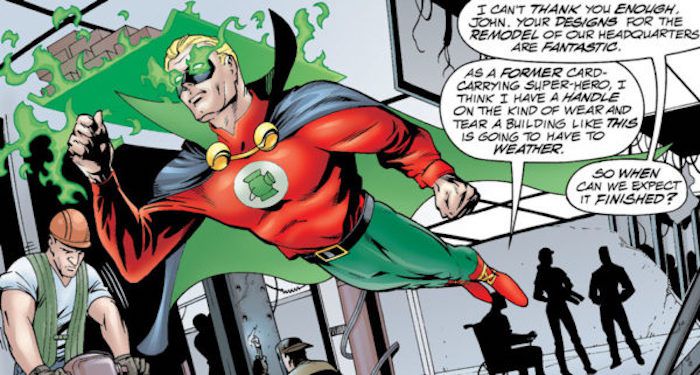 2020 also happens to be a year in which several DC characters are celebrating the 80th anniversaries of their first appearances. Next to hit the milestone is Green Lantern, who made his first appearance in All-American Comics #16 (July, 1940). Like Robin, Green Lantern has become legacy title, though the first person to use the title wasn’t a member of the Corps (we’ll get there). The mythos has evolved over time and now, when a Green Lantern dies, their ring finds a worthy successor and calls dibs. Because there are many Green Lantern rings, each ring bearer joins the Corps (essentially a space police force) rather than carrying the name individually. Various Lanterns fly around doing various Lantern things and sometimes they hang out on Oa, a rockin’ planet/police station, so the Guardians, AKA space police commissioners, can yell at them. 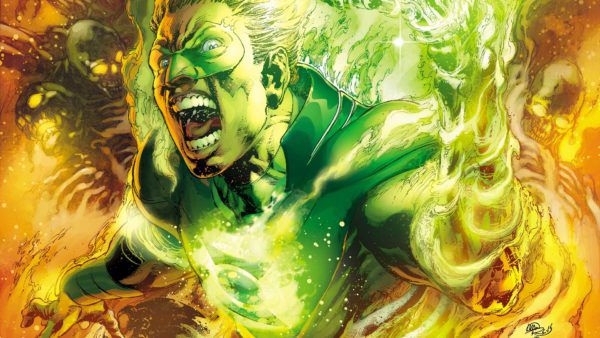 Alright, I’m not even going to touch the problematic fake Asian mythology this who thing starts with, so let’s just jump ahead to 1939 when a young railroad engineer named Alan Scott is saved from a horrific accident by a magical green lantern housing the spirit of an entity named Starheart (once imprisoned by the Guardians of the Universe). Said lantern gave Scott a mental nudge to create a glowing green ring that would channel its power and also suggested he might want to take the alias Green Lantern. The ring can do pretty much anything he wants it to do with the exception of protecting him from stuff made out of wood or plants (better look out for that tattoo on John Constantine’s ass).

Scott served as a masked crime fighter and a founding member of the JSA (essentially a WWII era Justice League). He kicked mostly regular human butt though he did go up against both Vandal Savage and Solomon Grundy on various occasions. When the popularity of superheroes declined after WWII, Scott’s solo series was cancelled and the property left fallow for 12 years later. When it was resurrected, the mystically gifted Scott was no longer its star; that honor would go to someone my trash-fire boyfriend Jason Todd would surely eye-rollingly refer to as “Replacement”: aforementioned ex–fighter pilot/space cowboy Hal Jordan. As far as the new mythos was concerned, Alan Scott never existed.

Fans remembered him fondly, however, and DC wrote him into The Flash #137 (1963) as a guest star, retconning Scott’s legacy to a parallel universe to avoid conflicts with newer Green Lantern continuity. The character appeared in other books periodically throughout the ’60s and ’70s, popping in via magical or technological handwaving (COMICS!). His former JSA colleagues joined him in a revival first of All-Star Comics and then Adventure Comics. In 1981, All-Star Squadron sent the JSA back to WWII, allowing Scott to appear regularly without screwing up the space cop party.

In 1986, DC decided to reboot their ‘verse, which we all know is one of their favorite things to do, reversing 30 years of work and shoving Alan Scott and Hal Jordan into the same universe in the wake of Crisis on Infinite Earths. They solved the age gap between the two by keeping Scott a WWII vet but giving him a magically prolonged lifespan. His ring became the former property of a Lantern named Yalan Gur who got a little too big for his spandex so the Guardians wrote the weakness to wood and plant stuff into his ring as a control. It was Yalan Gur’s spirit that fell to Earth and became the lantern that saved Scott and directed his mission. As a member of the Corps, Scott helped Kyle Rayner, Guy Gardner, Kilowog, and the others fight Hal Jordan when he’s possessed by Parallax. After which DC promptly stuck him in a pocket dimension to rot forever. Comics forever which means he got out less than ten years later because, again, the fans asked for it (Y’all think this Snyder Cut thing is setting a precedent, but…). Because he was brought back into main continuity, however, Scott was forced to go by Sentinel to avoid confusing with members of the Corps (since he suddenly wasn’t one?) and traded in his glowing ring for glowing hands. 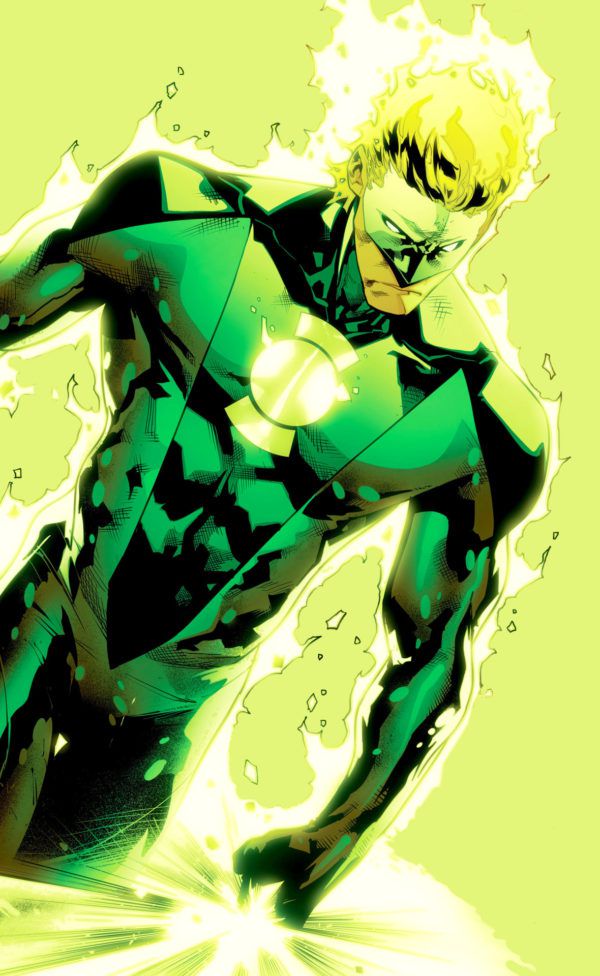 Don’t worry, he got his name and his ring back in 2003 when the JSA faffed off into their own book again (don’t feel bad, I did three hours of research on this and I’m still confused).

In the New 52 continuity, Scott is the Green Lantern of Earth 2, where neither the Corps nor Hal Jordan exist. Alas, nor does Scott’s popped collar cape, which was pretty fantastic and if we’re all very lucky we’ll get a GL Fashion Disasters piece from Jess Plummer so you can enjoy it in all its glory.

So there you have it. Humanity’s first Green Lantern. Couldn’t have picked a more…easily molded guy, I guess. And don’t even get me started on his romantic choices.