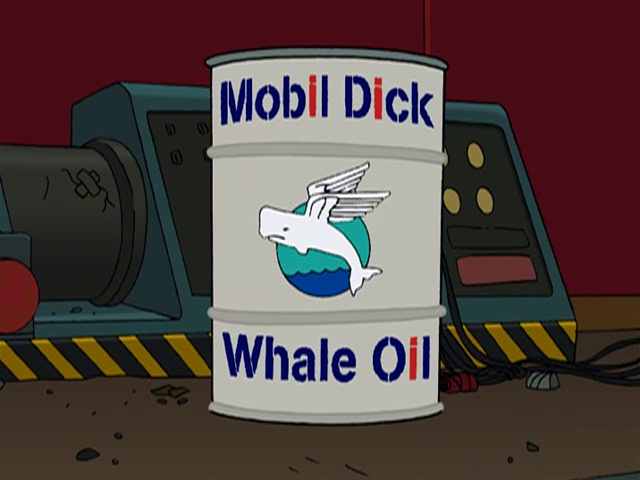 That image up there? That’s the largest collection of literature in the Western Universe, located in the Wong Library at Mars University. Impressive, right?

Ah, Futurama. Your final episode aired earlier this month, and I am still going through a mourning period. Not only were you hilarious and loaded with characters I adored (now ZOIDBERG is the favorite!), but you were so very smart. And let’s be real, you made me cry a lot. Remember the episode Jurassic Bark? Ugh, so many emotions.

But back to that smart humor. Throughout Futurama’s run, the show was regularly peppered with literary references. Some of them were right in your face (see the first episode I’m going to talk about, The Day The Earth Stood Stupid), while others were a lot more obscure.

Let’s have a look back at some of the show’s greatest bookish moments. There sure were a lot of them. 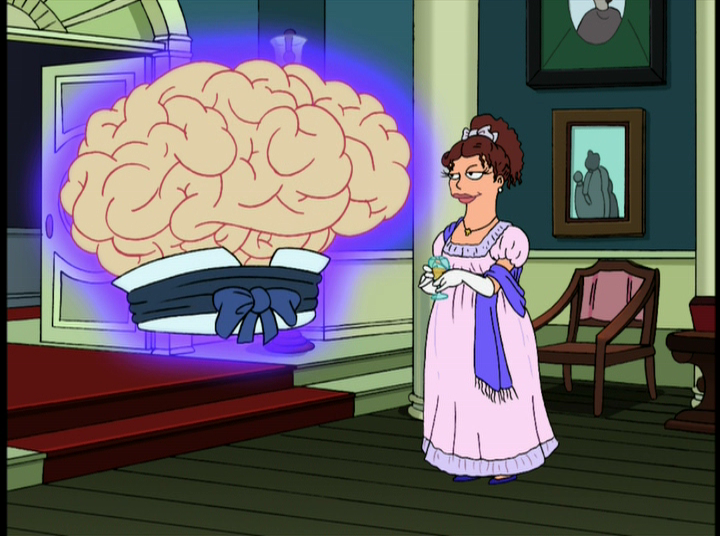 PRIDE & PREJUDICE: In the episode The Day The Earth Stood Stupid (which again, is easily the most bookish episode of the entire series), Fry does battle with a giant brain who transports him into a number of books. The first of which is Jane Austen’s Pride & Prejudice.

The giant brain enters the room and is introduced as Mr. Brainley, and pronounces loudly “I AM A GIANT BRAIN!” The room mutters with disapproval, as he is “most ungentleman like.” 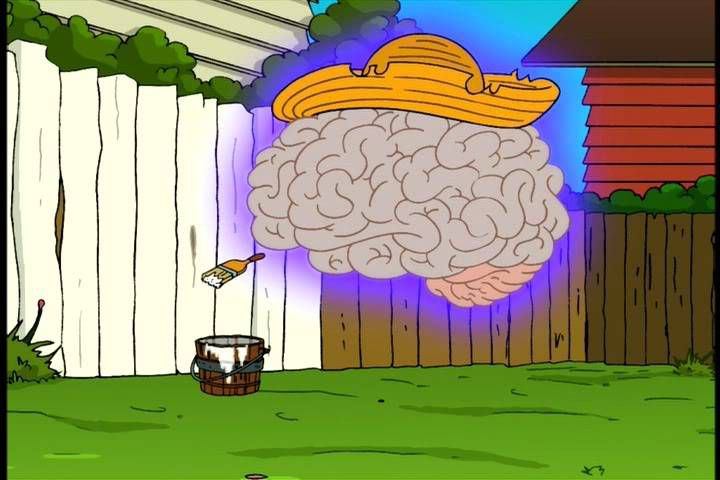 TOM SAWYER: Also in that episode, our heroes end up in the world of Tom Sawyer, and run across the brain whitewashing a fence.

“Tom Sawyer, you tricked me. This is less fun than previously indicated.” 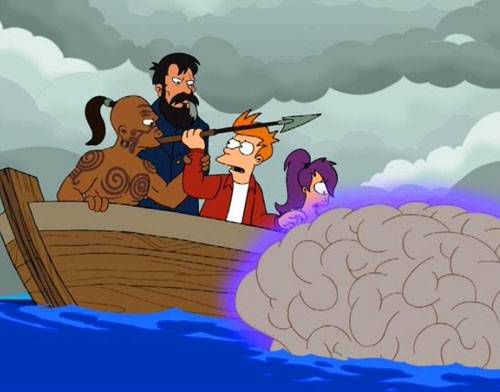 MOBY DICK: And again, in that the same episode, the giant brain takes them away to the world of Moby Dick, where Leela is eager to find out whether or not there is a “Mrs. Queequeg.” He takes the place of the whale in the story, and later goes on to get a can of white paint splashed on him. 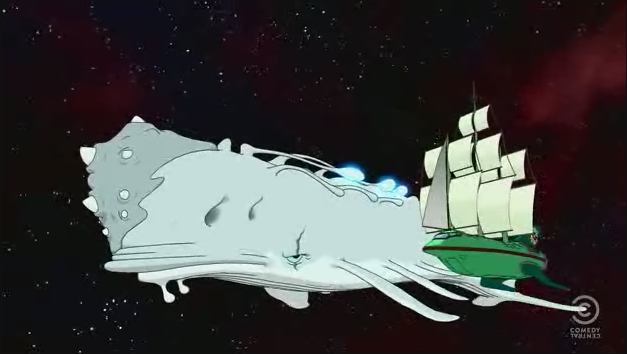 And lastly, there’s a great Moby Dick reference in Bending in the Wind, with this Mobil Dick: Whale Oil barrel. Sorry whales. 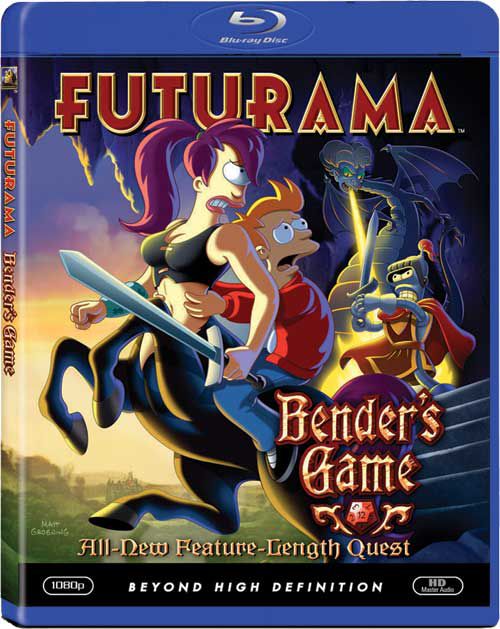 ENDER’S GAME: For season five of Futurama, there were some awesome direct-to-DVD movies made, one of which was called Bender’s Game. The episode doesn’t really have anything to do with Ender’s Game (this happens again with the episode A Farewell to Arms), but hey, the name is awesome.

However, the movie is full of references to another literary work… 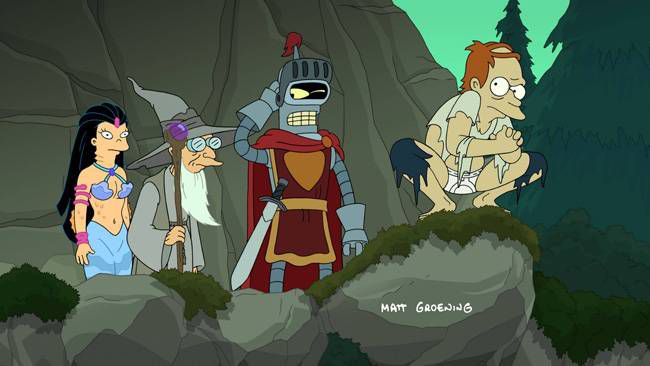 LORD OF THE RINGS: In Bender’s Game, there are a TON of Lord of the Rings references. Fry is renamed Frydo (though he also looks like Gollum at one point), and the Professor is definitely looking a little Gandalf-ish.  Mom is renamed Momon (Sauron), and she’s obsessed with capturing the Die of Power (Ring of Power). 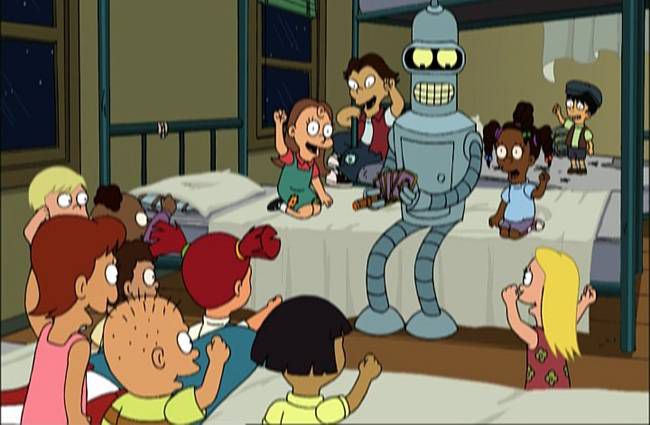 THE CIDER HOUSE RULES: In an episode appropriately titled the Cyber House Rules, Bender adopts a number of orphans in an attempt to scam the government out of money.

A clear reference to John Irving’s The Cider House Rules, Bender even goes so far as to say to the children he’s using for money, “Goodnight, you princes of Maine, you kings of New New England.” 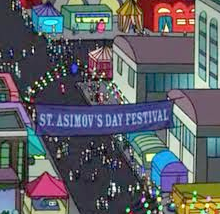 ISAAC ASIMOV: Alright, the writers of Futurama clearly love Asimov. They reference him quite regularly, and the world event has a St. Asimov’s Day mentioned in the episode The Beast With A Million Backs.

In the episode I, Roommate, Fry moves in with Bender into his (seemingly) incredibly small apartment. While the episode doesn’t directly reference Asimov’s classic work, the title (much like Bender) is great.

And in the episode the Cyber House Rules, there’s a store called Eye Robot. They sell glasses. Well done, writers. 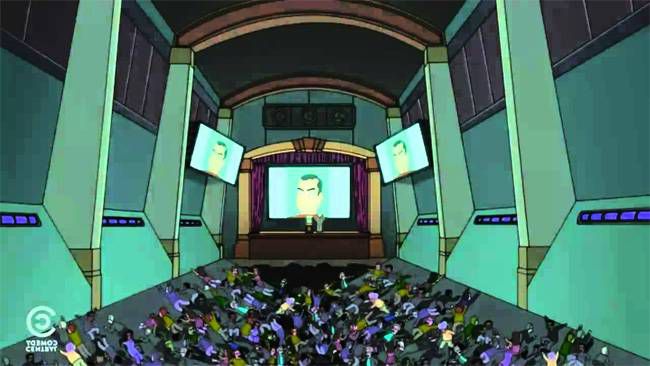 SOYLENT GREEN: Futurama sure did like making jokes about Soylent this and Soylent that. In the screenshot above, Nixon refers to the populace as the “soylent majority” before opening the floor and turning them into food.

Soylent Cola is introduced in one of the greatest episodes of Futurama, Fry and the Slurm Factory, and its flavor varies “from person to person.”

There’s also Soylent Chow, Soylent Coleslaw, Soylent Orange, and more. Check out a full list of Soylent products in the Futurama universe here. Yes, there are that many that it warranted a page.

* Note, that Soylent Green is based on the novel Make Room! Make Room! by Harry Harrison. 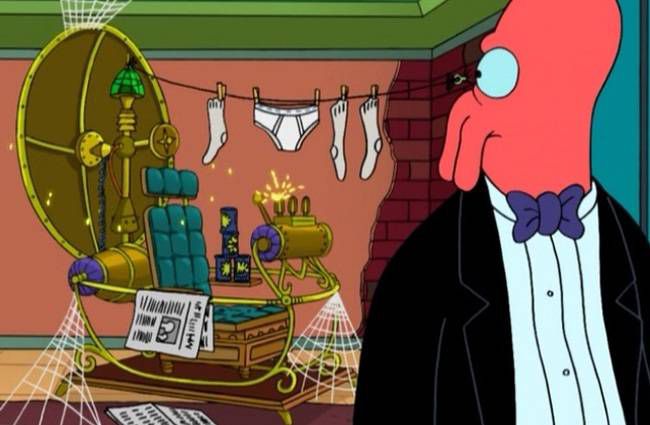 THE TIME MACHINE: The episode A Clone of My Own, we get a glimpse of a half finished time machine that the Professor started work on, but never finished. Hard to miss that H.G. Wells reference, even with all the laundry on it. 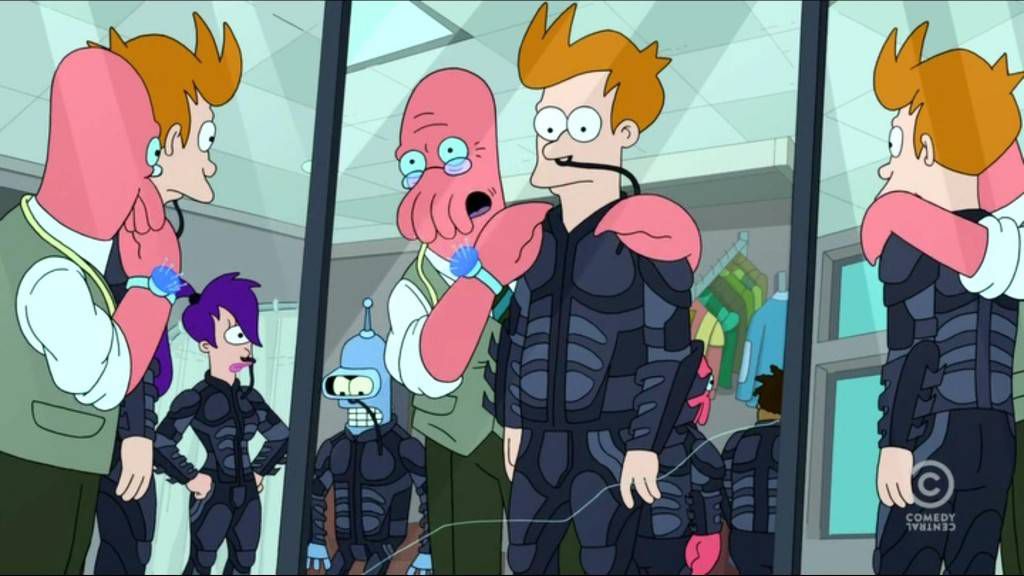 DUNE: Sure, the Planet Express team rides a Dune sandworm in episode Miscellany of Into the Wild Green Yonder, but let’s get even more obscure.

In the episode 31st Century Fox, they get fitted for Still Suits while shopping for new uniforms, which are the advanced outfits worn in Frank Herbert’s science fiction classic. 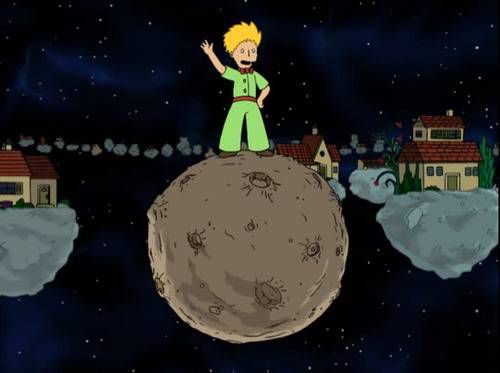 THE LITTLE PRINCE: In The Route of All Evil, The Little Prince makes an appearance on an asteroid, where he speaks an “unknown dead language” (French). He also gets knocked off the asteroid and flies into open space. 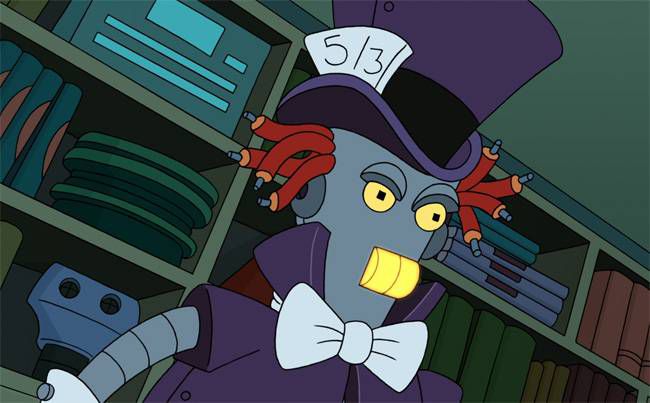 ALICE IN WONDERLAND: “Change places!” When Fry gets locked up in an insane asylum for robots in Insane in the Mainframe, we meet the Mad Hatterbot. 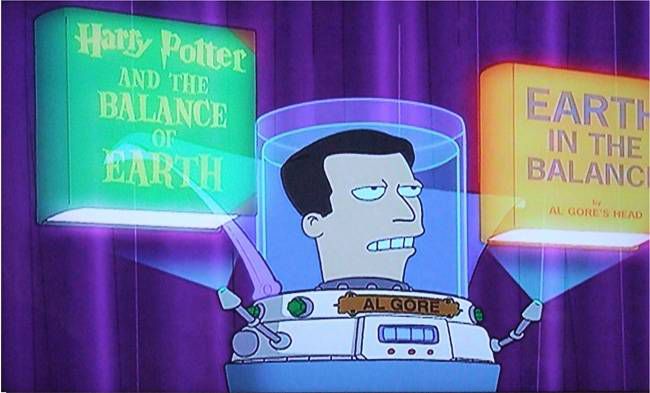 HARRY POTTER: In the episode Earth in the Balance, Al Gore talks about his book, Harry Potter and the Balance of Earth, a popular sequel to his original book. I’d read it. 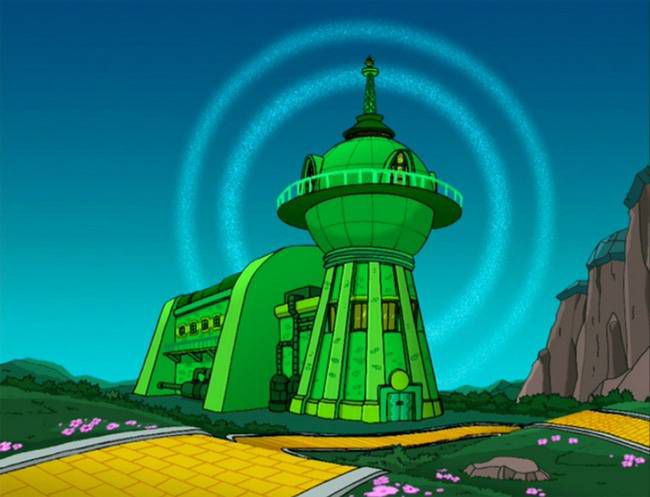 Wizard of Oz: In Anthology of Interest II, one of the shorts transports the Futurama crew to the world of Oz. The details in this episode are fantastic, from the Emerald Planet Express building to Mom’s sons as Flying Monkeys.

Now let’s be real, readers. There are a LOT of Futurama episodes. Did I miss a favorite bookish moment of yours? Leave it in the comments!