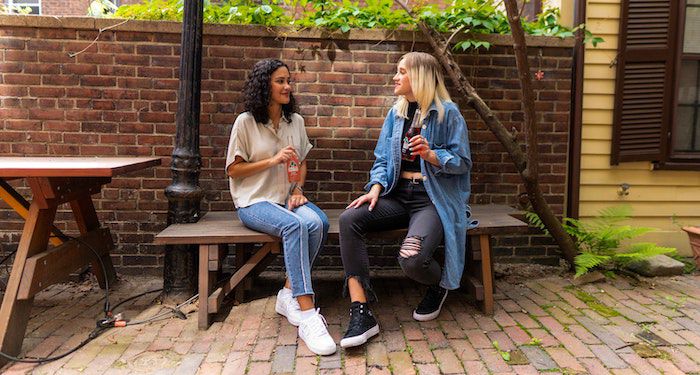 When I was a teen I loved to read books, especially romance books that centered on teens like me at the time. I spent many summers in my room watching shows like Passions and reading comics and books. Unfortunately, there wasn’t a lot of diversity in young adult books then. The majority of books I read were lily white and painfully heteronormative. Despite the lack of representation, I still tried my best to find books that would make me feel comfortable in my skin.

Now, there are more options for teens and, hopefully, the diversity in storytelling and subject matters continues to grow. I can’t tell you the joy I feel every time I see a brown or dark skin girl on the cover of a book. The same goes for fat, queer, and disabled main characters. Sometimes, I find myself marathoning through young adult books just because I know the younger version of myself still wants to read those types of stories.

This year, there are several young adult books that came out that made me smile. While I can’t list them all here, I did pick some that I think teens (and even adults) will love. 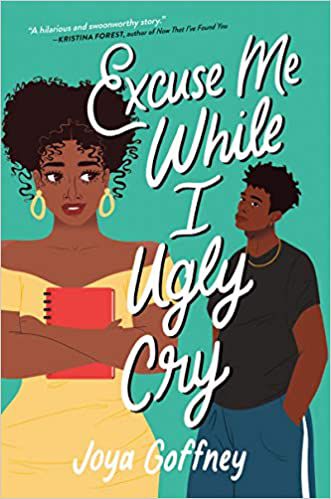 Excuse Me While I Ugly Cry by Joya Goffney

I have a lot of friends who went to predominately white schools and their experiences weren’t always positive. But Goffney found a way to make the main character relatable without the trauma. Quinn is being forced to do everything on her to-do list that’s been seized by an anonymous blackmailer. Quinn wants to get her journal back as soon as possible, but can she trust Carter, the last person who saw it? 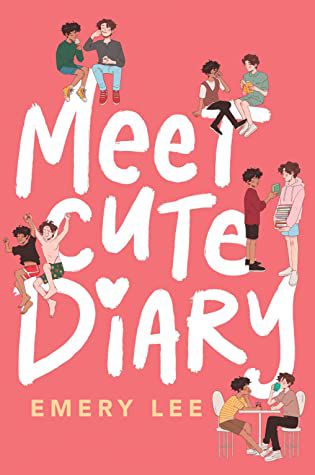 Noah is a trans teen that thinks he has everything figured out when it comes to romance. Noah is flawed just like any other teenager, and he has bouts where he feels entitled, but again, what teen doesn’t? If you’ve been looking for more teen trans romances, you will enjoy a lot of the characters and their interactions with their peers. Bonus points for this book incorporating neopronouns such as xe/xem! 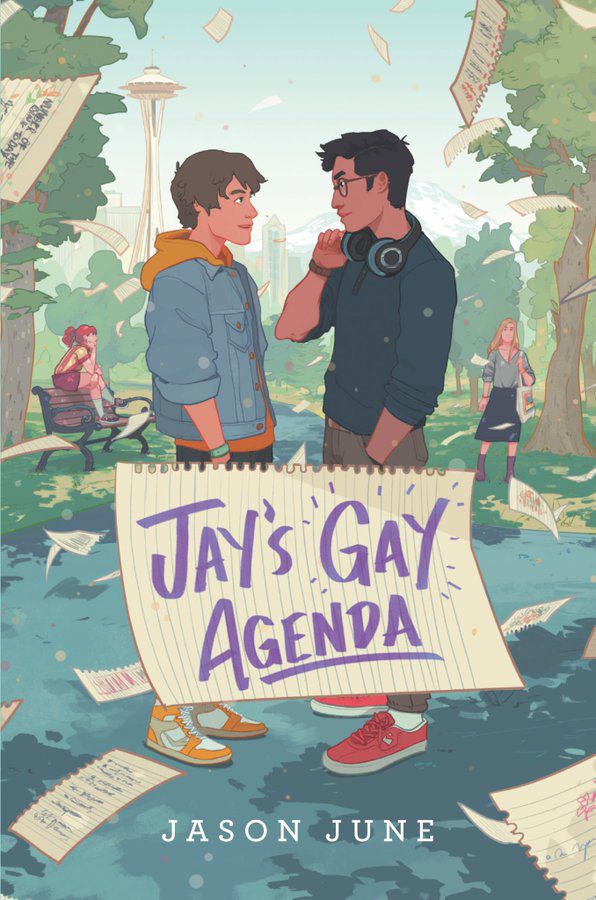 Jay lives in a small town in Washington and it’s hard for him to truly fit in because most of his friends are straight. When his family moves to Seattle, Jay’s new school has a thriving LGBTQ+ scene so he makes friends fast. Jay even scores a date with a cute, nerdy guy and even though his feelings are starting to grow with this new love interest, Jay is still torn between his old world and his new one. 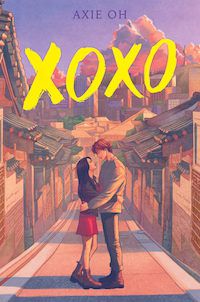 Jenny has one thing on her mind and that being the best cello player she can be. With hopes of attending an elite music conservatory, Jenny is on track to achieve her dream. That’s until she meets Jaewoo — a handsome boy that she meets at her uncle’s bar. They have an instant connection and have an unforgettable night together. It isn’t until months later when Jenny is in South Korea to help her grandmother that she sees him again and discovers he’s a K-pop star!

Nozomi is willing to fake a romance with the beautiful Willow because she’s the perfect girl for her. Nozomi has a plan to get Willow to fall for her and she’s pulling out all of the romantic tricks to do it. Love & Other Natural Disasters not only focuses on romance but how important family and friends are. It’s a healthy message for teens to understand that their platonic relationships need just as much care as their romantic relationships need. Teenage me needed this message at the time. 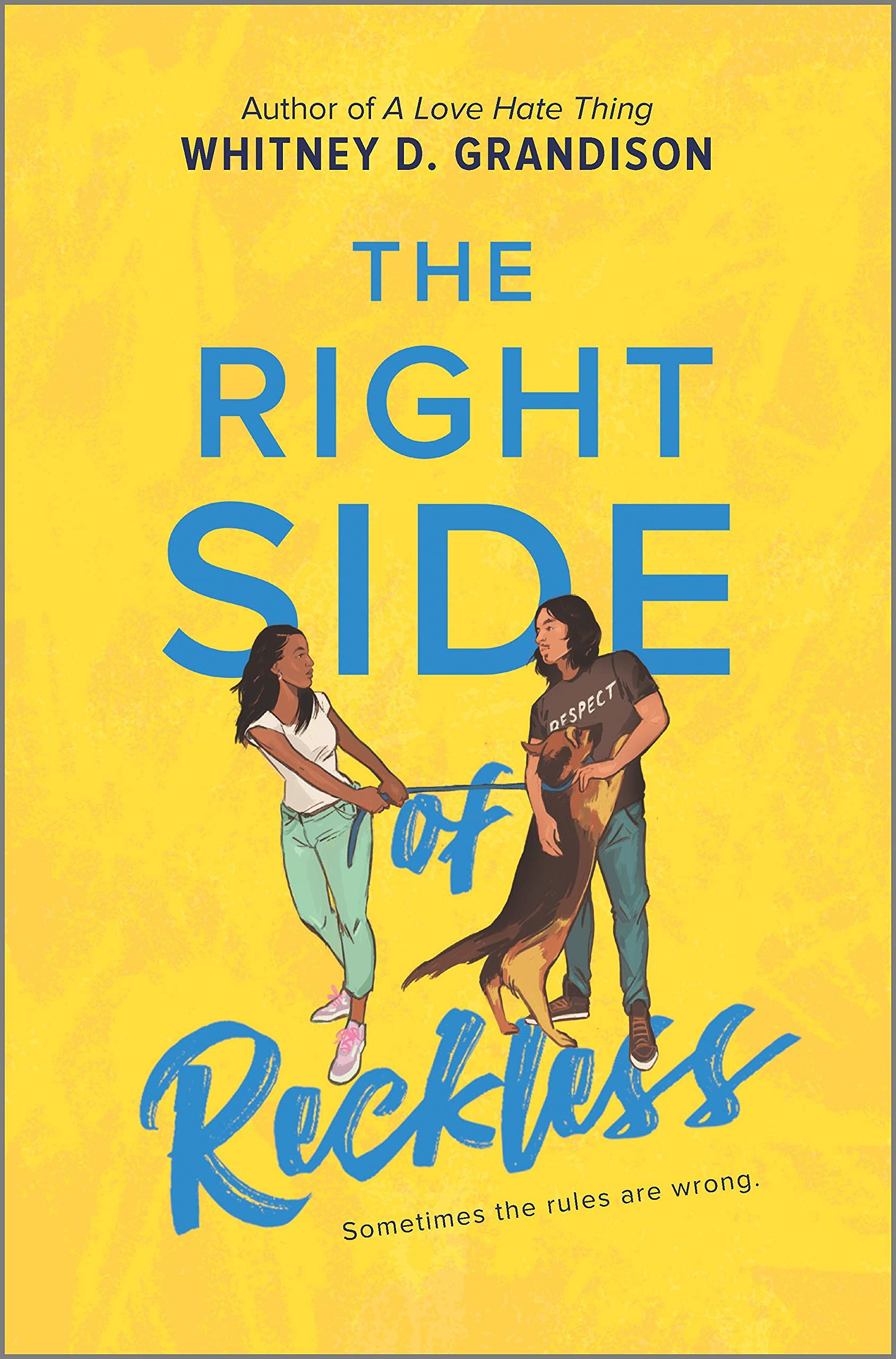 The Right Side of Reckless by Whitney D. Grandison

Of course, there is always the bad boy meets good girl trope in teen romances that I would have devoured as a teen. Guillermo is having a rough time. He’s made some bad choices and now he has to deal with the consequences. He meets Regan, who is the total opposite of him: a people pleaser, a goody-two-shoes who lives for playing by the rules. Even though Regan is already dating someone, the stars eventually bring them together, but it’s not as perfect as Regan would like. 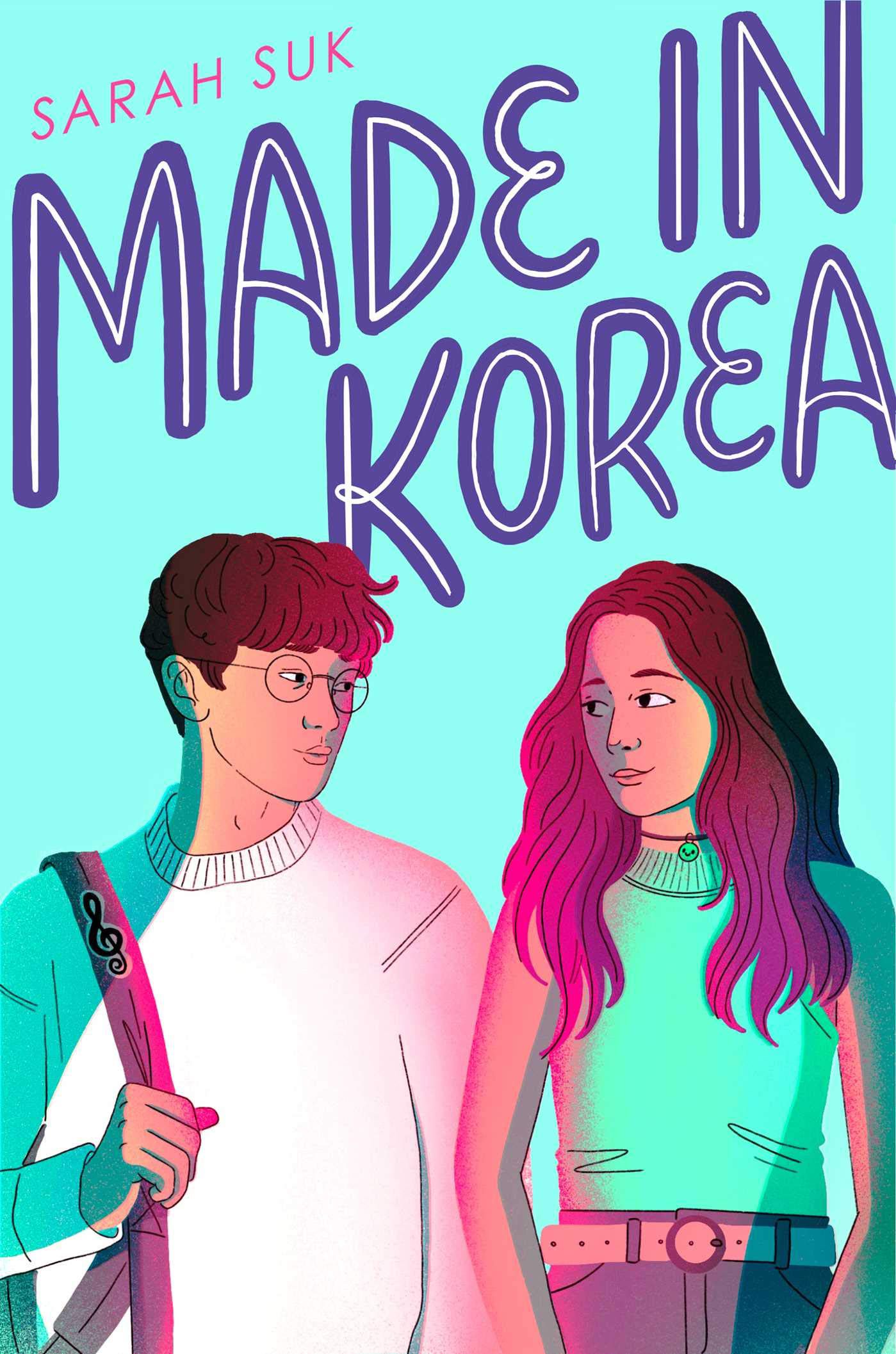 Competition is a great way to start a romance. Valerie and her cousin Charlie have been running their K-Beauty company and seeing much success straight from their high school lockers. When the new student named Wes Jung shows up, he quickly starts taking over her turf. Wes Jung’s mother gifts him some K-Beauty products to make friends. Instead, Wes Jung is taking over her customers with his K-pop-inspired products. 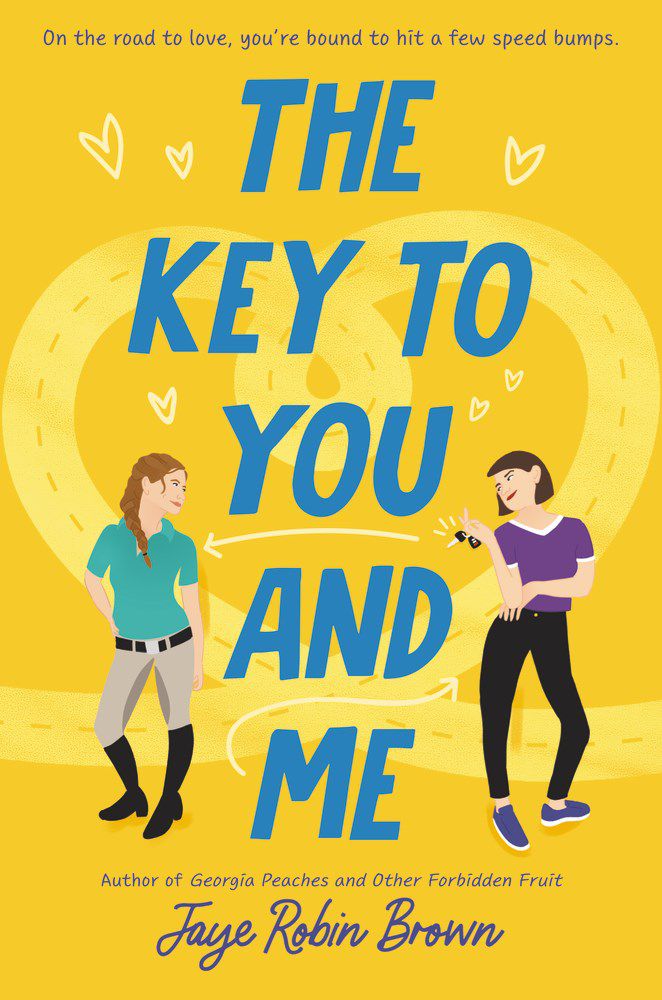 The Key to You and Me by Jaye Robin Brown

Ever since I read Black Beauty as a kid I’ve been obsessed. So naturally, I gravitated to a sapphic romance about girls who like girls and horses. While this is more contemporary than romance, it’s hard to not root for the small-town girls who are learning more about themselves and their sexuality. Kat is still questioning her attraction to women but she stops questioning once she meets Piper. Piper is a horse rider who needs driving lessons and Kat starts crushing on her. Their crush is cute but they also explore other people in this small town and the feelings that come with wanting to embrace a new community openly. 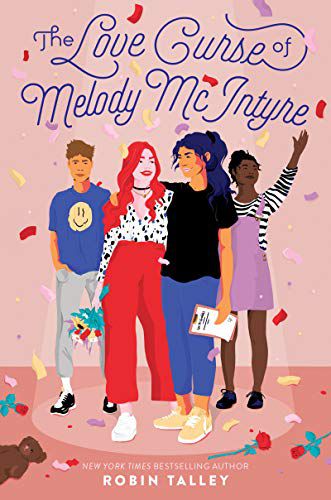 The Love Curse of Melody McIntyre by Robin Talley

If you were a theater kid, this one is especially for you. First, we have Melody who acts as the stage manager. She’s detailed and sometimes more assertive than her peers. She plans everything in her life, but when it comes to romance, she falls hard. She makes a promise to herself to avoid any distractions while she plans an upcoming school performance. Melody is not always likable but she is realistic. When Melody meets Odile, who has a promising future for theater, Melody tries to act as she hates performers, but she develops feelings for another talent and the risks are high. 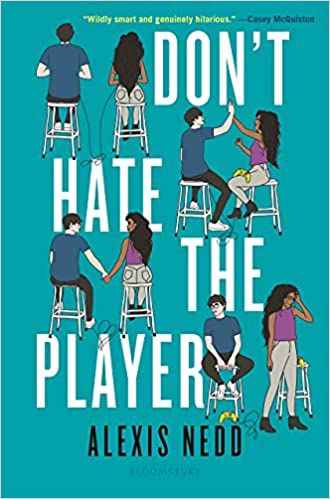 Emilia has a secret identity. Her family and friends know her as a hockey star with a popular boyfriend and perfect grades. She has everything a teen can want but nobody knows about her secret life. At night when no one is watching, she’s a hardcore video gamer. While she loves gaming, she doesn’t want to be exposed to sexism and trolls because of her gender. She tries her best to keep her worlds separate until she’s discovered by a gamer from a rival eSports team named Jake. Now with her real identity in jeopardy, she has to decide what’s important to her. She does this while becoming close to Jake. Their friendship eventually blooms into more and Emilia has to decide which world she wants to keep. 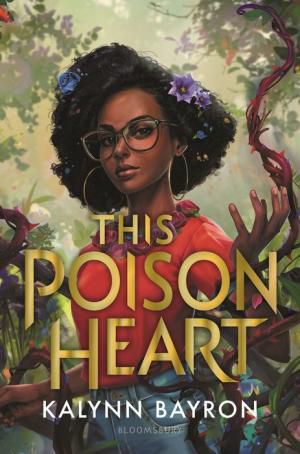 This Poison Heart By Kalynn Bayron

In this queer urban fantasy, Briseis has a special power that allows her to grow plants from mere seeds with just a touch. After she discovers her aunt passed away and left her home, she and her family go visit. It’s then she realizes that the house is partially haunted and full of spells and magic. Only people who are related to Briseis can enter the home; however, that doesn’t deter people from coming over asking for help in the forms of apothecary fixes. Briseis meets a young woman with who she tries to have a friendship with, but doesn’t want to disclose who and what she is. To make matters more complicated, some people know that her new home is the location of a deadly, powerful flower and they are determined to get it. 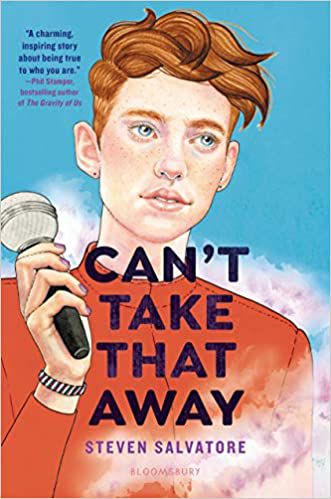 Can’t Take That Away By Steven Salvatore

Carey Parker wants to be a diva. But the only thing in their way of living their best life is the homophobia they face from other students at their school. It doesn’t help much that the school’s administration doesn’t support Carey much either. With their grandmother’s health declining, Carey feels like their life is spiraling. That’s until they meet Cris, who is a singer and guitar player. Feeling optimistic again, Carey auditions for the part of Wicked Witch of the West. While some don’t want them to succeed, Carey’s friends have their back to the end and Carey is dedicated to standing up to inequality and bullies.

Teenage me would never want to leave my room if I had all these books. If you are looking for more YA Romance reads, check out this list of YA books for those that love romcoms.