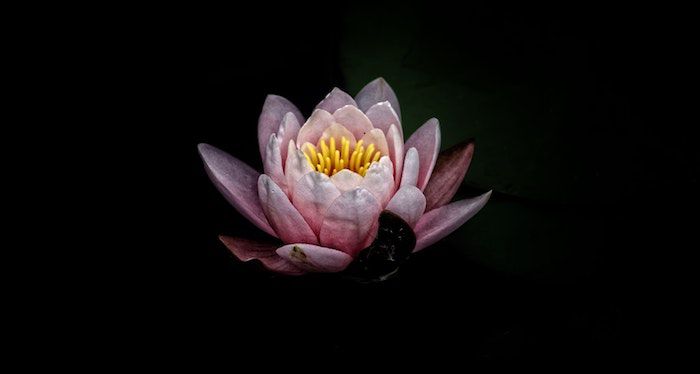 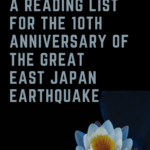 I see Twitter prompts from time to time about what major news events are etched permanently into people’s memories, what day shook how they saw and understood the world. Common responses I see include the JFK assassination, the Challenger shuttle disaster, the fall of the Berlin Wall, 9/11 — and the list goes on and on; the COVID-19 pandemic will undoubtedly be a big one in years to come. For me, there is one date that weighs heavily but that people around me often don’t recognize: 3.11.

3.11 is the commonly-used shorthand for March 11, 2011, the date of the Great East Japan earthquake and tsunami, and includes the resulting nuclear meltdowns at the Fukushima Daiichi Nuclear Plant. The 10th anniversary of the events was two weeks ago, and as I do each year on that day, I flashed back to the moment I learned of the disaster.

On March 11, 2011, I was a freshman in college, spending spring break with a friend at her home in Ohio. I woke up that morning to a news alert telling me about a magnitude 9.0 earthquake off the coast of Japan. Nine point zero. I’ve spent a lot of time in Japan and I’ve lived most of my life in Los Angeles — I consider myself used to earthquakes. But 9.0 is an unfathomable number. I spent what felt like hours (but was really just minutes) in panicked silence in my friend’s family’s spare bedroom waiting for my mother in L.A. to get in touch with our family in Tokyo and then to relay any news back to me.

My cousin walked for hours and hours to get home that night because the trains stopped. My dad still talks about how that was the first and last time he ever saw a 7-Eleven that was closed. All my family in Japan are based in the greater Tokyo area, so luckily this is the bulk of the direct effect the disaster had on us.

But the weight of the tragedy is undeniable. The thousands of lives lost, the family members who have never been found, the landscapes and towns of the Tōhoku region that were decimated. Countless people are still unable to return to their homes, as restoration efforts continue to this day, and will continue for years to come. What is particularly frightening is not just the thought that it could have been us, but the fact that it could still be us, when — not if — another catastrophe hits.

Below is a list of books and more that will help give more context and insight into the 3.11 triple disaster and its continuing impact. 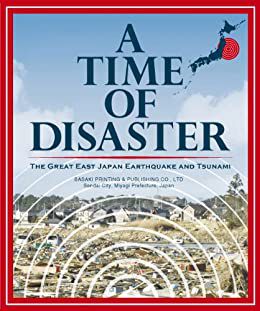 A Time of Disaster: The Great East Japan Earthquake and Tsunami

In the weeks following 3.11, the employees of Sasaki Printing & Publishing Co., Ltd., a small company based in Sendai, came together to create this book in order to support their community (proceeds from the book were donated to relief efforts). Many of them began to write about their own experiences of the disasters and of their feelings in the aftermath, and those stories are compiled here. Within months, they were able to put the book together, including getting it translated to English with the help from a team led by Saburo Sam Tsuchida, making it one of the most immediate accounts from survivors that was revealed to the world.

Lucy Birmingham and David McNeill are both journalists who cover Japan for various publications, and they have collaborated here for a deeper exploration of the effects of the 3.11 disasters on the people of Japan. The book follows the stories of six individuals, including a worker at Fukushima Daiichi Nuclear Plant and the mayor of one of the impacted coastal towns.

Ghosts of the Tsunami: Death and Life in Japan by Richard Lloyd Parry

This book provides an intimate account of the tragedy caused by the 3.11 tsunami, told through the stories of the survivors and the ghosts that haunt them. Richard Lloyd Parry is a Tokyo-based foreign correspondent who spent six years reporting on the disaster. 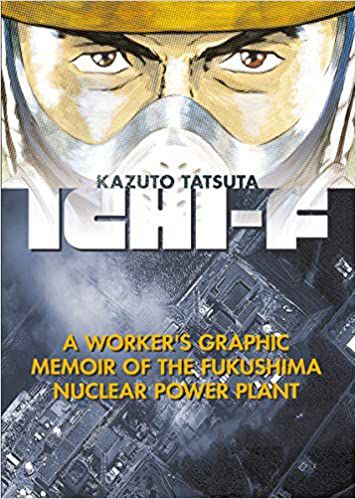 Following 3.11, Kazuto Tatsuta joined the ranks of the many workers who signed up to help in the cleanup of the Fukushima Daiichi Nuclear Plant. This unique manga gives readers a behind-the-scenes look at the work at the plant, not from the perspective of an expert, but from the perspective of someone who lived it daily. Though Tatsuta’s story is just a small piece of this huge undertaking, it is a seldom-seen and valuable one that looks beyond the dangers and fear to shine light on camaraderie and humanity.

The Earth Writes: The Great Earthquake and the Novel in Post-3/11 Japan by Koichi Haga

Japanese literature in the years since 2011 has been hugely influenced by the events of the disaster. Though the amount of that literature that is accessible to English readers is extremely limited, this book is an extensive analysis of it and provides more context and understanding of the phenomenon of post-3.11 fiction.

After the events of 3.11, concerned mothers who did not feel assured by the Japanese government’s claims that the food supply was safe began to collect their own scientific data and revealed radiation contamination. However, their work was rejected and they were dismissed as irrational women without real scientific knowledge. By exploring the challenges these women faced, this book sheds light on the complex relationship between gender, food science, and politics in post 3.11 Japan. 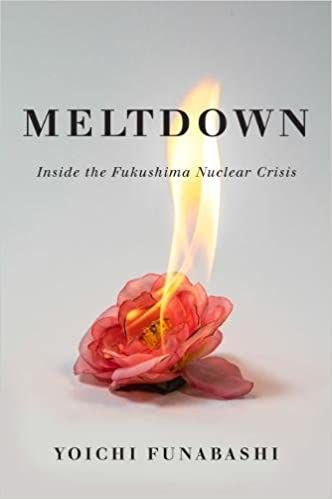 Meltdown: Inside the Fukushima Nuclear Crisis by Yoichi Funabashi

Meltdown is a meticulously researched and thorough account of the response to the Fukushima Daiichi Nuclear Plant disaster, and the failures at all levels that led to the devastating and long-lasting consequences. Journalist Yoichi Funabashi conducted hundreds of interviews in the years following the event to chronicle the details of the two-week struggle to gain control of the situation, and to draw lessons on leadership and crisis management. 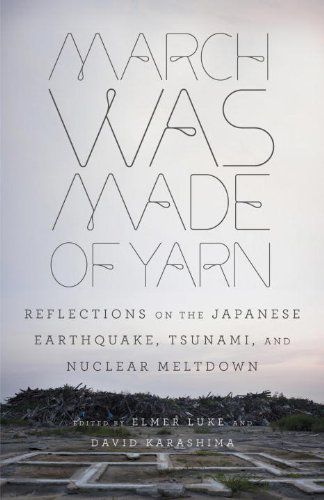 March Was Made of Yarn: Reflections on the Japanese Earthquake, Tsunami, and Nuclear Disaster Edited by Elmer Luke and David Karashima

March Was Made of Yarn is a collection of short stories, essays, poetry, and even a short manga that were inspired by and reflect on the triple disaster and its impact. The book was put together for the first anniversary of 3.11, and includes work by Yoko Ogawa, Mieko Kawakami, and many other Japanese writers.

Up from the Sea by Leza Lowitz

This YA novel in verse is about Kai, a teenage survivor of the tsunami that ravaged the coastal village he called home and took the lives of his loved ones. After the disaster, he visits New York to meet kids who suffered loss from 9/11, and gains hope from their stories. The novel was inspired by people and stories the author encountered as a volunteer at temporary housing shelters in the affected regions.

tsunami vs the fukushima 50 by Lee Ann Roripaugh

This poetry collection takes on 3.11 and the story of the Fukushima 50, the group of employees who volunteered to remain at the Fukushima Daiichi Nuclear Plant in order to try to stabilize the reactors, as a means to explore human responses to disaster. It imagines the tsunami as a femme fatale, wreaking havoc and trying to defend her own right to live on in a world taken over by humankind.

Kaze no denwa is a phone booth created by Itaru Sasaki in 2010 when he lost his cousin to cancer as a way to continue to feel connected. The phone booth, containing a dislocated rotary phone, is located in Ōtsuchi, a town in the Tōhoku region, and was opened to the public after 3.11. Thousands of people have visited it to be able to speak to the loved ones they’ve lost, many of whom are still missing to this day.

The first thing I would recommend to learn more about kaze no denwa is the This American Life episode “One Last Thing Before I Go.” The first segment, produced by Miki Meek and titled “Really Long Distance,” tells the story of the phone booth and includes clips from a documentary by NHK, Japan’s public broadcasting network. It is beautiful and heartbreaking and a must-listen. 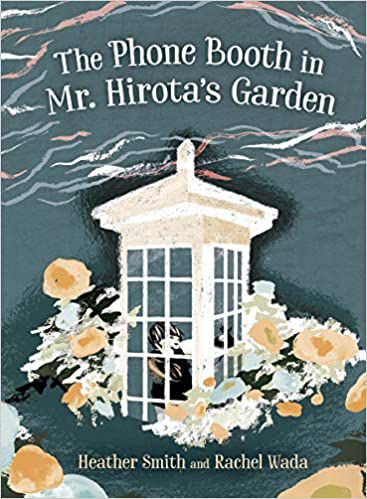 The Phone Booth in Mr. Hirota’s Garden by Heather Smith and Rachel Wada

This picture book is a fictionalized version of the phone booth’s origin story. The illustrations by Rachel Wada, who has Japanese roots herself, pay homage to traditional Japanese art techniques such as woodblock printing and sumi-e.

The Phone Box at the Edge of the World by Laura Imai Messina, Translated by Lucy Rand

This novel, originally published in Italian, tells the story of Yui, a young woman who lost her mother and daughter to the tsunami, and her pilgrimage to the wind phone where she meets Takeshi, a man who has lost his wife. It is a thoughtful exploration of loss, love, and healing.

In Japan, 3.11 has had a huge impact not just on writing, but also on other forms of art, including photography. The Tokyo-based company shashasha is an online photobook store that was established to make Japanese and other Asian photography more accessible to a worldwide audience. Check out their list of photobooks about 3.11, curated for the 10th anniversary. Some subjects of the books include the traditional festivals that continue to live on in the Tōhoku region, views of the areas evacuated due to radiation five years later, and a record of a project taken on by volunteers to recover and restore family photo albums damaged and left behind in the disaster. Though the words in these works are not translated, the images speak volumes to the continuing impact of 3.11. 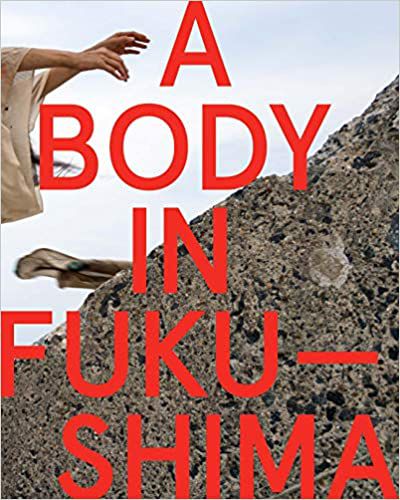 Eiko Otake is a movement-based, interdisciplinary artist, and this book is a photographic account of an extended solo project she performed over five trips to Fukushima between 2014 and 2019. She collaborated with historian and photographer William Johnston to document the irradiated landscapes, juxtaposed with her own body’s depictions of sorrow and dignity.

Though a lot of the media and art that has sprung up as a result of 3.11 is by definition Japanese and not necessarily easily accessible to English-language audiences, I hope the works here can be a good starting point for gaining more understanding about the tragedy and how it continues to shape the country.