In our first reader poll of 2015, we got all kinds of curious about your reading habits last year. 2511 awesome Riot readers responded, and it took us a while to dig through all the juicy data. And we’re still going! This post presents the reading and spending habits of the Riot readers who responded to the survey.

Before we dig in, it’s important to know that we have no way of knowing how representative (or not) the readers who opted in to this survey are of the general Book Riot audience, and no way of verifying these self-report numbers. But we trust our readers and have no reason to think they would lie in an anonymous survey, so. Let’s do this! 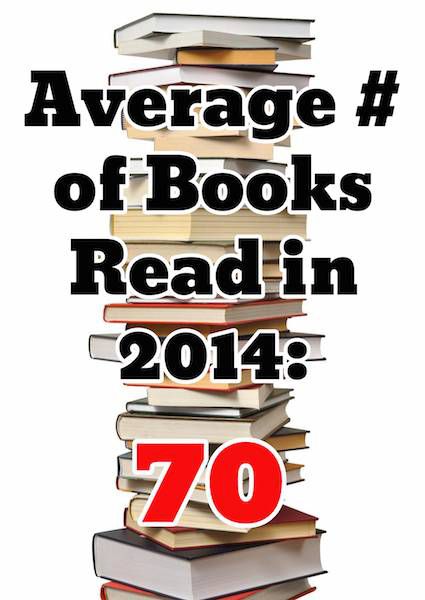 So, more readers reported reading 30 books than any other quantity, and the readers right in the middle of the group reported 55. The average was driven up by some outliers.

Check out the full distribution: 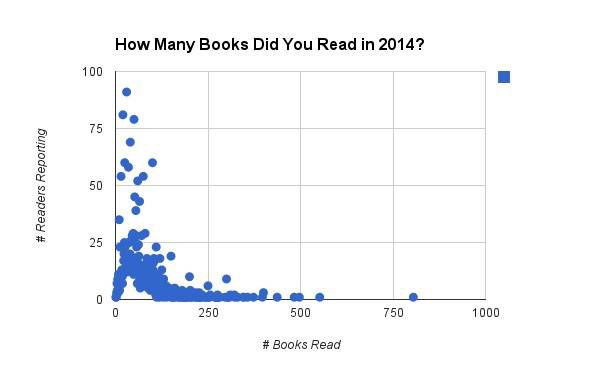 You get the general idea above, but here’s a look at what happens when we remove the 86 readers who reported reading more than 200 books last year. This makes it much easier to see the spike at 30 and the clustering around other round numbers, as well as how the number of readers reporting a quantity tends to decrease as the quantity of books increases. 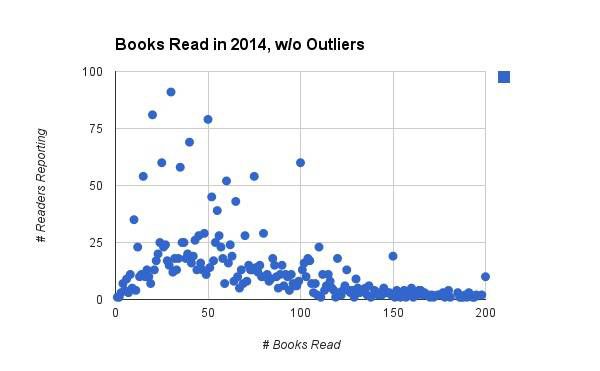 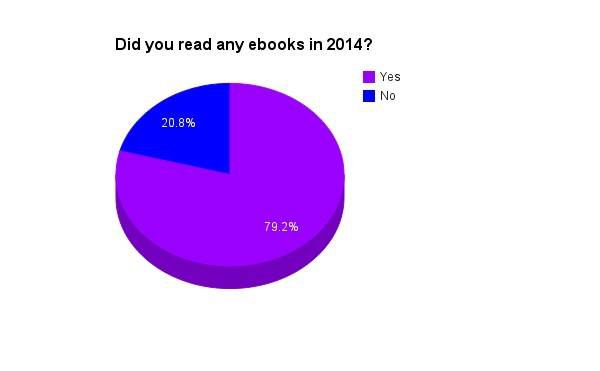 The proportion of Book Riot readers who read any ebooks is up over 2013’s 74.9% response. Both are remarkably higher than the 28% rate for the general American adult population (per the Pew Research Center’s 2013 study).

Did you listen to any audiobooks in 2014? 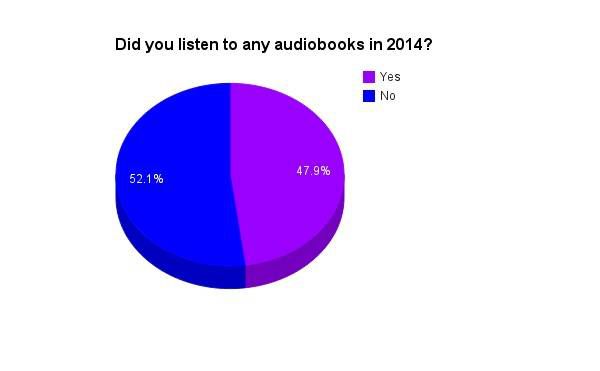 What percentage of your 2014 reading was in print? Ebooks? Audiobooks? 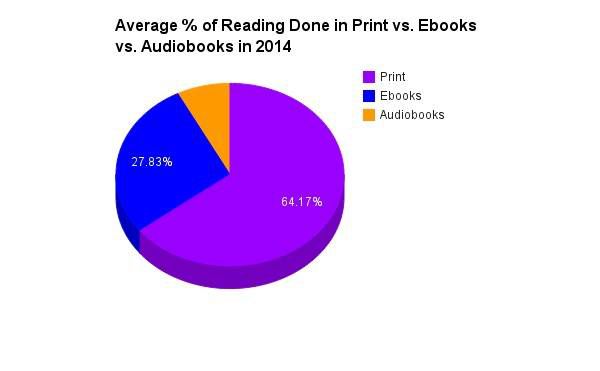 Of all the books you read in 2014, what percent did you buy or pay for in some way (i.e. through a subscription service)? 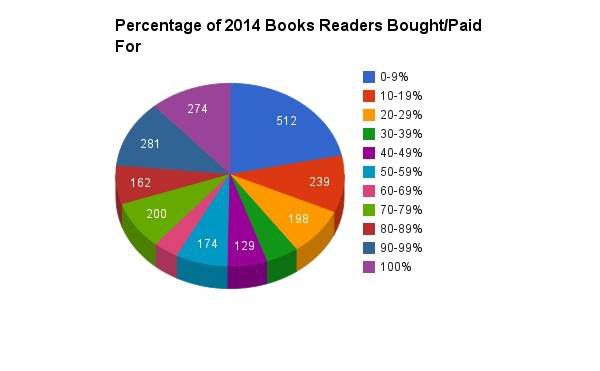 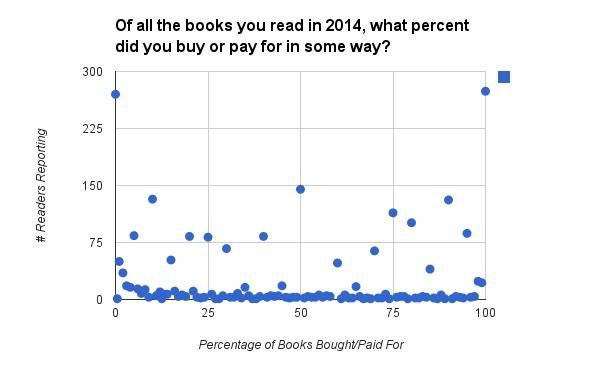 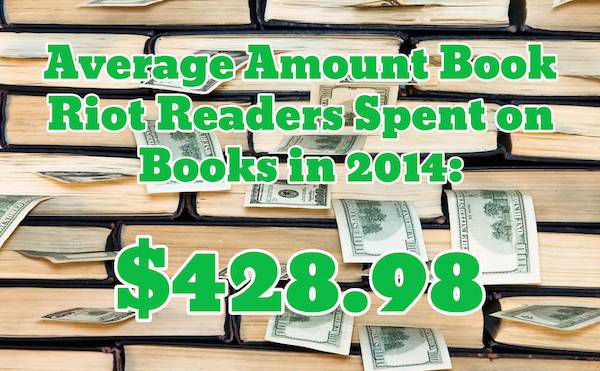 Here’s the whole distribution, which is so affected by a few outliers that it’s basically useless to us. 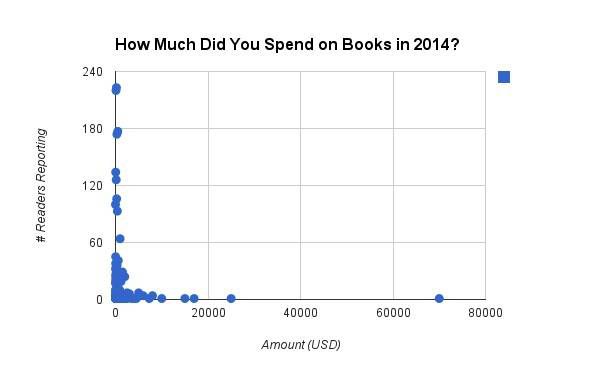 We can get a better look at what’s going on by removing the 19 readers who reported spending more than $2,000. 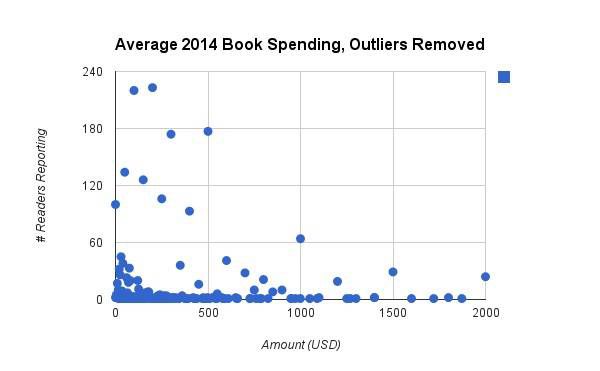 Any thoughts or questions? Where do your habits fall in relation to these averages?