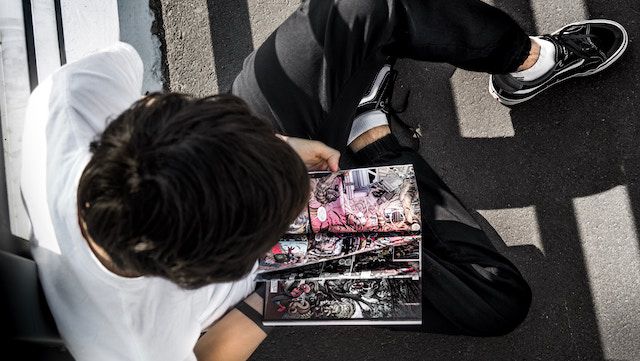 A lot of children’s and young adult stories depend on the absence of adults. Trusted adults have either died or been taken by some evil, leaving the main character alone to fend for themself, sometimes for the length of a quest and sometimes forever. The female trusted adult, whatever her designation, is most common target (see: pretty much every fairytale ever) but the male trusted adult can also be sacrificed to plot when necessary (see: A Wrinkle in Time). In those stories where adults are present, the most common roles are Evil Queen and Absentee Father.

It’s becoming more common, thankfully, though still rare enough to be noteworthy, for stories aimed at the younger demographic to have adults not only present but integrated in the story in a positive manner. And while I’m all for showing kids they can kick ass on their own, I find myself drawn to the books wherein the child can lean on a trusted adult even as they find their own way in the world. The presence of parents or grandparents, aunts and uncles, etc., doesn’t mean a child can’t explore; it means they have someone to come back to with whom they can share their discoveries, of how they can ask questions, upon whom they can depend for support while they do something that scares them.

Here are five of my favorites: 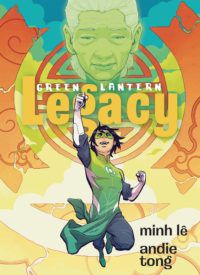 Tai Pham is devastated when his beloved grandmother dies and shocked to discover her secret: she was a Green Lantern. Her ring has chosen Tai as her successor in the Green Lantern Corps, charging him with defending Earth from the forces of evil and his neighborhood from racists and xenophobes.

He doesn’t, however, have to do it alone; the spirit of his grandmother, Chi Dao; John Stewart; and Queen Iolande are there to assist, making sure Tai understands his new powers, understands what they’re meant to do, and to set him on the path toward making them his own. And though they aren’t with him every moment, when he truly needs them, they show up, even if it’s just to remind him to trust himself. 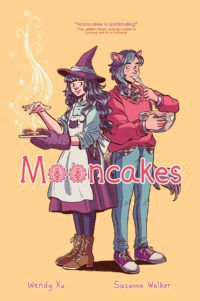 This is an absolutely delightful coming-of-age story with a paranormal twist that integrates so smoothly into the narrative it never once takes the reader out of the story.

Nova lives with her grandmother and her grandmother’s wife who run an occult bookshop. All three of them are witches and, in a refreshing change of pace, the adults never tell Nova to hide her powers or indicate in any other way she should be ashamed of them. They accept Nova’s childhood friend Tam into their home in full possession of the knowledge she’s a werewolf, with none of the associated garbage warnings about what such a creature might do because they trust Nova’s judgment and because Tam is, to them, a person who happens to be a werewolf rather than a werewolf who happens to be a person.

When the girls are frightened or in over their heads on their magical journey, they don’t hesitate to go to the “Nanas.” They know the older women support them fully and are willing to let them take some careful risks while also guiding them to understand when they’re in over their heads and teaching them that there’s no shame in asking for help, no reason to sneak around when your adults are a solid, constant presence who know the world can be a troubling place and want to help you navigate it.

This book has gotten a lot of coverage and it deserves every word and moment of it. There are so many wonderful things between the covers, so many risks taken, so much empathy between Sebastian and Frances. But we aren’t here to talk about them. We’re here to talk about Sebastian’s parents.

The parents who spend the majority of the book trying to push the prince into being something he’s not. Trying to convince him to get married when he isn’t ready and isn’t sure he wants to do so. They are preparing him to be king one day and genuinely think they’re doing the right thing. They really do think Sebastian’s world will end when they discover his secret.

In the end, though, what the King and Queen want is for their son to be loved and when they realize not everyone in the world is as narrow-minded and foolish as those who’s opinions they’ve sought in the past, they come to understand how remarkable their son truly is and how much they want him to be happy. In the end, when Sebastian needs them, they show up for him and for his friend, willing to take on all comers to see their son living his best life. It wasn’t the ending I was expecting but it was the ending that even I, an adult, needed, and it means so much to so many kids out in the world, trying to find themselves. 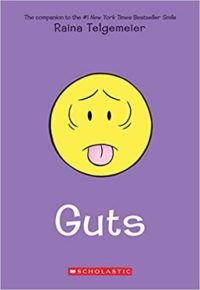 Guts is a graphic memoir about Telgemier’s own early experiences with anxiety manifested (as is often the case in children and teens) as GI symptoms, especially stomach aches. She portrays her mom as someone who isn’t afraid to probe nor to ask questions. As someone who took her complaints seriously even when there was no physical evidence of illness. Who found a therapist for her daughter back when that wasn’t as common and when doing so might mean whispers and stigma (not that it doesn’t now).

Telgemier’s therapist, Lauren, is also portrayed as an awesome adult, someone who was sensitive to young Raina’s needs, teasing the problem out patiently and without any sort of confrontation, taking the time to get to know her client rather than making assumptions that would lead to a quick, and likely, unsuccessful, treatment plan.

Raina was lucky in a way. Not everyone’s parents are so willing to look past their own misplaced guilt or embarrassment. Not every therapist is patient and kind. They’re great examples for people who find themselves in similar situations. 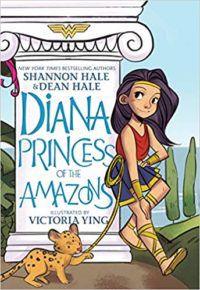 Diana has always known her origin story: sculpted from clay by a mother who wanted so badly to have a child, a daughter specifically, that she prayed to the gods for a miracle. The princess never had any doubts about being loved.

Now that she’s a bit older, however, she has some doubts about Hippolyta’s faith in Diana and her abilities as an Amazon. It doesn’t help that she’s constantly being dismissed and forgotten by the adults and there are no other kids around to play with. What good is her mother’s love if the Queen never has time to play slap ball and thinks Diana’s cataloguing forest creatures is a waste of time? Why does Diana even try if all her mother ever says is, “This isn’t how Amazons behave?”

When disaster comes to Themyscira, though, and everyone’s lives are endangered, Diana steps up to take her place among the warrior women. In the aftermath, she and Hippolyta talk about why Diana got into trouble in the first place and the queen admits that she’s made a mistake, becoming so busy with the business of ruling that she’s neglected to show Diana how precious she is.

Adults aren’t great at admitting when we’re wrong. We see errors as weaknesses and admitting we’ve made one to our children as opening some sort of doorway to them running roughshod over our authority. The thing is, it’s important for kids to know their parents are human. That adults make mistakes as well, recognize them, and seek to make amends. Modeling proper behavior sometimes means saying, “I’m sorry I yelled,” or, “I misunderstood and I apologize for getting angry.” It isn’t about authority.

See? It is possible to have awesome adults in kids stories without losing the focus on the younger characters. Sometimes, all the adult needs to do is be there when the child or teenager needs them. Sometimes, they need to be bailed out. They always need to know they are loved.