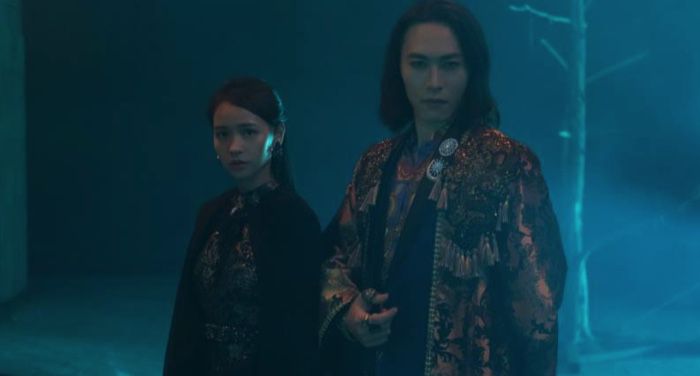 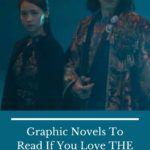 I read Yangsze Choo’s The Ghost Bride when it was released back 2014 and remember being completely engrossed not only because the story was fantastic and the writing magical, but because it was so different from anything I had read before. Though there are some very distinct changes between the book and the Netflix screen adaptation, I’m also thoroughly enjoying the show at the halfway mark and can’t wait to see where it ends up. Learning about another culture is always a privilege; someone has chosen to share some of the most intimate experiences of their lives and I always feel as though I owe them thanks for allowing me in. The thanks of consideration and and time. A thanks I can only express by learning more.

Here are five graphic novels you might want to spend some time with if you’re curious about elements of The Ghost Bride. 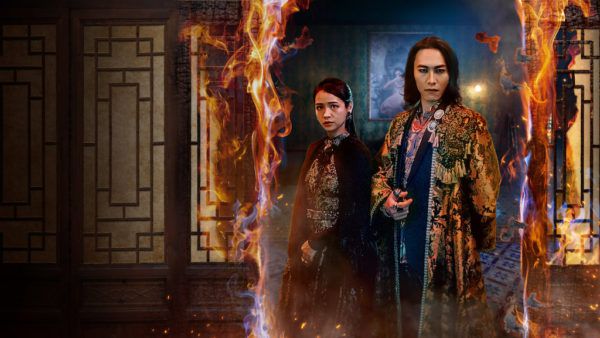 The Undertaking of Lily Chen explores the darker side of the ghost bride tradition; cases in which the family wanted to marry a deceased girl to the deceased, single man and a suitable girl couldn’t be found. Though rare, there are stories that suggest from time to time, in such circumstances, young women were murdered to meet the family’s needs.

In this gorgeous graphic novel, Deshi is blamed for the accident that kills his brother and his parents task him with finding a suitable bride. When he meets Lily, it seems his problems are solved. Until Deshi falls in love with her.

The Undertaking of Lily Chen is not only a fascinating story but an excellent reminder that one need not always agree with a tradition to want to learn more about it. Set your cultural relativity aside and open your mind to something you might never otherwise have learned about. You never know where you might go from here.

Saint Young Men is from Japan, not Malaysia, Taiwan, or China, but The Ghost Bride‘s Er-Lang, (a 500 year old god with several potential derivations, most of which have something to do with water or purity) is played as a trickster entity who reminded me immediately of Saint Young Men’s Jesus. On the hunt for the deceased Lim Tian-ching, Er-lang tells Pan Li-lan, the show’s protagonist and the potential ghost bride he’s been sent to investigate why Lim Tian-ching hasn’t reported in post-demise and whether or not he escaped by bribing the guards at the gates between life and death.

Er-lang’s seemingly carefree nature and his propensity for flirting and pranks mirror the Jesus who runs around enjoying his notoriety and taking selfies. While Er-Lang is better at keeping his assignment in mind than Jesus is at helping Buddha with the budget and housekeeping, he seems to be having far too much fun doing magic tricks to wow the ladies and causing as much trouble for Pan Li-lan as possible.

From pulp to horror to sci-fi, this anthology is intended to break the stereotypes historically foisted upon Asian characters. Contributors include Asian American creators from Greg Pak to Larry Hama to Tanuj Chopra and the subjects covered range from children’s shows to Chinese AIDS policy to Ming the Merciless. The stories within are intended not only to entertain but also to expose serious issues within different Asian American communities and important truths integral to each. 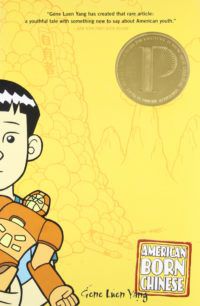 American Born Chinese explores the conflicts inherent in those of us born into more than one culture, pulled in two different directions by the demands of past and present, home and the wider world, family and friends. I certainly haven’t figured out how to seamlessly combine being Jewish with being American and it doesn’t seem reconciling being Chinese and being American is any easier. Perhaps we can help one another, though, by taking note of which aspects of our respective cultures out families felt were priorities, which we’ve chosen to hold on to, and which we see reflected in our everyday lives. . 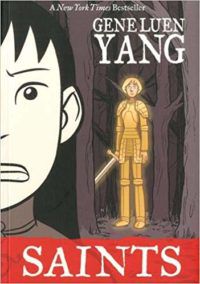 Boxers and Saints lay out two parallel stories: the first is about Little Bao, a Chinese peasant who joins a rebellion against the Westerners, claiming to be missionaries, who are destroying his home. The second follows a Chinese girl who has been orphaned and whose village leaves her to fend for herself; the missionaries are the only ones willing to take her in. When the Boxer Rebellion reaches its peak, she must decide if she is going to stand with her nation or her found family.

Is history relative? Is it defined by the winner? Can we ever really understand the perspective of another? Important questions which Luen Yang and Pien seek to help us answer in the context of one of the most controversial episodes in modern Chinese history from both sides of the war though they do so in a novel way: from the perspectives of two different citizens of China.

The fact of the matter is that it’s almost impossible to walk a mile in someone else’s shoes. That doesn’t mean, however, that we shouldn’t try. That we shouldn’t strive to learn more, to understand more, to be better friends and neighbors and citizens of the world. Read. Ask questions. And most importantly? Listen. You might actually learn something.