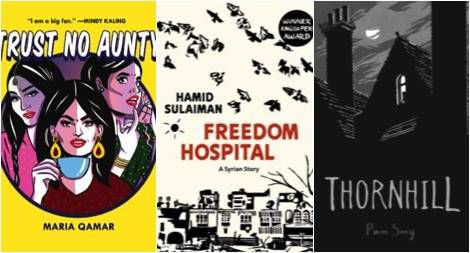 I have never been into comics or graphic novels, since I always thought they were too childish (yeah, I’m a book snob). However, recently I have stumbled upon some fantastic graphic novels which are not only perfect for people like me who love literary fiction, but are also fun to read. So if you are looking to buy an eye-catching graphic novel for yourself or someone who’s not big on comics, this list is for you! 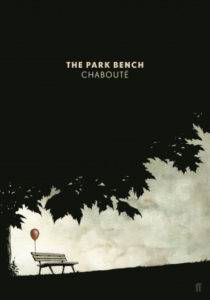 The Park Bench by Christophe Chabouté

This book reminded me a bit of Mansfield’s Miss Brill in which Miss Brill was a silent spectator who would go to the local park to observe the people around her. The detailed illustrations read like snapshots of life and movement, which the park bench stands a silent witness to. It is incredible how this book manages to depict facets of life—joy, loneliness, and longing, with such heartbreaking lucidity. 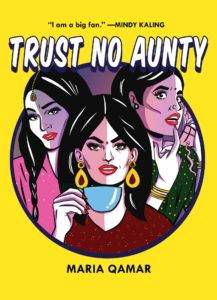 Trust No Aunty by Maria Qamar

This survival guide for keeping aunties at bay is a must-have for every desi (you should really know that word by now and if not…google it!) girl. From hilarious classification of the “types” of aunties, to insanely easy recipes of popular eastern food, this book is quintessentially South Asian. Having said that, Qamar also makes pertinent points about universal issues like body shaming, shadism, classism, and patriarchy. As recent events have shown, these problems are not unique to South Asian culture.

This book is the brainchild of Maria who is a Pakistani Canadian who turned her experiences of growing up as an expat and the tons of bad advice she got from her aunties into this quirky pop art book. With oodles of sass and humor, Qamar gives tips on how to deflect and counter unsolicited opinions of aunties (their defining characteristic). She also candidly reveals bits about her own journey of becoming an artist and how to logically convince parents, who want their kids to follow a predetermined path, to pursue their inner passion. 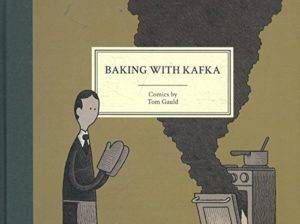 Baking With Kafka by Tom Gauld

Noted as a “book-lover’s cartoonist,” Gauld’s weekly strips in The Guardian have garnered him much acclaim for his sardonic commentary on pop culture. In this best-of collection of literary humour cartoons he riffs on literature, contemporary culture, and everything in between. From Kafka’s cooking show, female James Bond, to zombie apocalypse, his witty observations are dead-on.

In this book, the comics are preoccupied with literature, at times even targeting a particular writer like Jonathan Franzen and Neil Gaiman. You have to be a proper bibliophile though to get a few implied references, as Gauld satirizes classic literature in a modern context and riffs on writers and narrative devices. This is a must-have for every lover of literature. 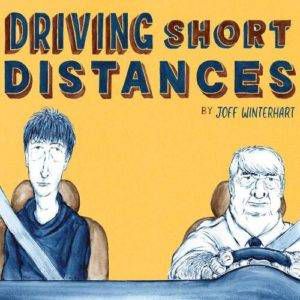 Sam is 27 and needs to get a job. Keith, who claims to be a second cousin of his (absent) father, offers him one. On Keith’s card it says he does “distribution and delivery,” which seems to consist of “a lot of driving around, getting out of the car for a few minutes and then getting back in,” Sam tells his mother. And so the days go by, Keith driving to a trading estate, ducking into a portakabin, all the while telling Sam boastful stories about his life.

Zadie Smith endorsed this book and called Winterhart one of the most talented graphic novelists in the UK. In this masterpiece about the nuances of ordinary life, his artistic powers are for everyone to see in the poignant way it examines men’s communication (or lack thereof). 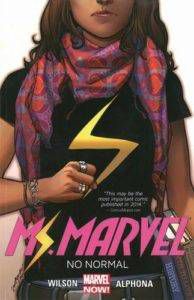 Marvel’s latest Ms. Marvel features the groundbreaking heroine, Kamala Khan. She is a Pakistani American teenager from Jersey City with shapeshifting abilities. Kamala Khan is Marvel’s first Muslim character, which in itself is quite a feat. Created by editors Sana Amanat and Stephen Wacker, this character is smart, strong and absolutely badass!

Kamala comes from a traditional family, but her life (before she becomes superhuman) is one of a typical American teenager. Ms. Marvel is fantastic not just because of the well-crafted story arcs but also because of how her character normalizes the idea of a Muslim in America. If you are obsessed with superheroes, than your collection is incomplete without this refreshing series. 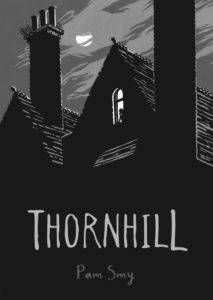 Fans of Jane Eyre and Neil Gaiman will relish this gothic treat. Parallel stories set in different times, one told in prose and one in pictures, converge as a girl unravels the mystery of the abandoned Thornhill Institute next door. Mary is a lonely orphan at the Thornhill Institute For Children at the very moment that it’s shutting its doors. When her few friends are all adopted or re-homed and she’s left to face a volatile bully alone, her revenge will have a lasting effect on the bully, on Mary, and on Thornhill itself. The story then fast-forwards to present day, where Ella has just moved to a new town where she knows no one. From her room on the top floor of her new home, she has a perfect view of the dilapidated, abandoned Thornhill Institute across the way, where she glimpses a girl in the window.

With narrative illustration consisting of stunning black-and-white images, creepy dolls, and articulate storytelling, Thornhill is an atmospheric, emotional story of human connection and belonging. Deliciously spooky, this book will also make for a perfect Halloween read. 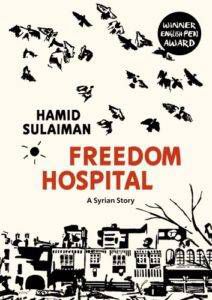 Winner of the 2017 PEN Translates Award, this is a timely and powerful book by a new international talent.

It is spring 2012, and 40,000 people have died since the start of the Syrian Arab Spring. In the wake of this, Yasmin has set up a clandestine hospital in the north of the country. The town that she lives in is controlled by Assad’s brutal regime, but is relatively stable. However, as the months pass, the situation becomes increasingly complex and violent. Told in stark, beautiful black-and-white imagery, Freedom Hospital illuminates a complicated situation with gut-wrenching detail and very dark humour. 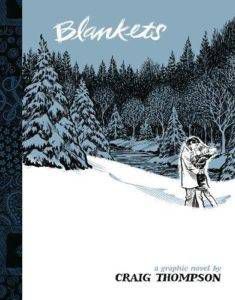 Set in the Midwestern winterscape, this award-winning graphic memoir is a mesmerizing masterpiece. Blankets brings to life a meticulously crafted portrait of the sibling rivalry between two brothers, their rigid Christian childhood, and adolescent desire.

This is a hefty coming of age book for a mature audience and tackles themes like heartbreak, adolescent struggles and encountering harsh realities. Beautifully rendered in pen and ink, it will move,inspire and make you feel nostalgic.