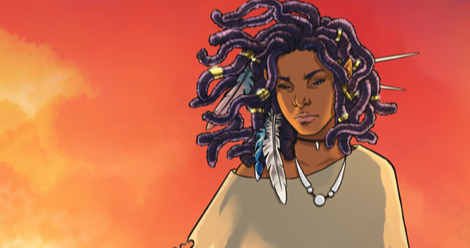 Graphic novels and graphic memoirs sometimes feel like watching someone else’s dreams, and their combination of art and story can brew up emotions in even the most stoic reader. If you’ve only ever looked to novels for your emotional kicks, gird your tear ducts and try one of these graphic reads instead.

In this comfortingly heavy book Bui tells the story of her family, who fled South Vietnam in the 1970s. It’s about the complicated histories that families build, but also gives an incredible insight into the Vietnam war, one that we never see in the big blockbuster movies.

Fight Like a Girl: Learning Curve by David Pinckney and Soo Lee

The whole world feels like a blazing dumpster fire right now, and so there’s something extra comforting about superhero stories. Especially when the hero is Amarosa. She’s tough, she’s occasionally crabby, and she’s making deals with gods to try and save her terminally ill brother. Gods being gods, that means tasks involving fighting, dinosaurs, and terrible consequences if she fails.

Pride of Baghdad by Brian K. Vaughan and Niko Henrichon

Not since The Lion King has a story about big cats reduced me to a sniveling mess on the carpet. Four captive lions are “freed” from their cages by the 2003 bombing of Iraq, and are left to roam the ruined city. Disney this is not, and the book tackles the twisted consequences of conflict with unflinching illustrations. It’s an engrossing story on its own, but also offers readers a view of the Iraq war that they won’t have seen on CNN.

A classic for a reason. The plot points of this coming of age story might be familiar—bullying, love, family, shame—but Thompson traps them so perfectly in ink and paper that they feel new. His struggles with his faith and the way it affects his relationships is especially fascinating, whether it’s something you’ve faced or your mom just wants you to go to midnight mass at Christmas. “Something about being rejected at Church Camp felt so much more awful than being rejected at school. ”

Yes, this is a story of racism and violence in 1930s Mississippi, but it’s also a tale about a girl’s love for her father. Lee Wagstaff must face monsters and and men to save her father, who is falsely accused of kidnapping her friend, Lily Westmoreland. The pace never stops, the pages almost glow with their own light and the characters with set up home in your heart and never leave. 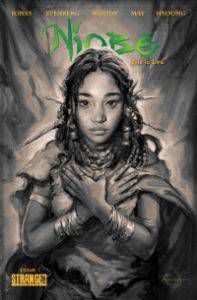 Niobe by Amandla Stenberg and Sebastian A. Jones

Yes, that same f**king awesome Amandla Stenberg. Niobe Ayutami, our heroine, is an orphaned half-elf warrior who must fight and survive in the fantasy world of Asunda. Niobe is as complicated as she is beautifully drawn. “As I navigate the world and try to use my platform to bring people together, Niobe is doing the same thing, only in a much more badass way,” Stenberg told Vogue.

While the title is all European dairy products, the emotions are all about mothers and daughter. Knisley is incredibly relatable as she recounts traveling in Paris with her mother. There are no shocking revelations or magic, but what’s there packs just as powerful a punch for anyone who has or is a mother or daughter. You’ll read it, you might shed a tear, you’ll definitely get a strong urge to call the women in your life.

My Lesbian Experience With Loneliness by Kabi Nagata

This only came out last year but is already a cult hit. While the manga style of the art might look simple at first glance, there’s a nuance to Nagata’s drawings that seem to infuse them with emotion that shimmers on the page. It’s an honest autobiography and one that deals not just with sexuality, but mental health. It comes with trigger warnings, but it’s all the more powerful for it.