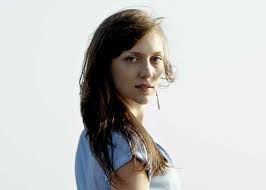 Every month, we get simply slammed with new releases of comics. It’s not just the hardcover and paperback collections of the monthlies, either – there’s reprints, anthologies, translations, new-to-us imports, and original graphic novels and non-fiction. This is my monthly attempt to get past the big releases to the stuff you didn’t know you needed on your shelf. This is “Graphic Novels and Collections to Look Out for in November,” and we’ve got a hell of a great month to start things off.

The Graphic Canon of Children’s Literature, edited by Russ Kick

One of my favorite series of recent years was The Graphic Canon. The three-volume anthology featured comic versions of many of the books of the classic and modern western literary canon. With The Graphic Canon of Children’s Literature, series editor Kick returns to give 40 stories from “young people’s literature” the same treatment. Contributors are a constellation of indie comics greats, with lesser-known artists rubbing elbows with the likes of Lucy Knisley, Noah Van Sciver, and R. Sikoryak.

A coming-of-age story in the same vein as Blankets and Box Office Poison, Coe’s second graphic novel follows “small-town guy” Daniel Stope’s transition from his hometown to art school in the big city. Like anyone leaving their small pond for the big ocean, Stope struggles with friendship, relationships, and simply getting by as an independent adult. Coe’s cartooning is confident, colorful, and lives comfortably in the realm of Bryan Lee O’Malley and Scott McCloud’s realistic-yet-exaggerated art. If you’re a sucker for the smart, slice of life OGN, this is the November book for you.

With Scotland’s struggles with independence recently in the news, IDP: 2043 couldn’t be more timely. Produced in collaboration with the Edinburgh International Book Festival, the anthology asked a number of artists and authors to imagine a Scotland 30 years in the future. The project brought in an incredibly variety of creators from inside and outside the world of comics, including novelist Irvine Welsh, French illustrator Barroux, and 2000AD co-creator Pat Mills. The book impresses by being a truly collaborative effort, rather than an anthology – it’s a single narrative about an near-future environmental disaster, split into six chapters and shared by all the creators.

If you, like me, grew up reading MAD magazine, you’re no doubt familiar with Don Martin. Perhaps the most recognizable of the satirical magazine’s many artists, Martin drew cartoons in MAD from the mid-50s to the late 90s. This handsome, oversized hardcover from Running Press collects over 200 of the late master’s work in a single volume, reproduced in sharp contrast and bright colors. The whole collection is pulled together by an introduction by Nick Meglin, a long-time MAD Editor who was at the magazine for the entirety of Martin’s tenure.

Alongside Marvel Omnibuses and DC’s Absolute Editions, Gallery Editions of books are perhaps the comics fan’s greatest excess. As a sucker for pretty much anything Star Wars (classic trilogy, please), I couldn’t let the month pass without mentioning this gorgeous printing of Doug Wheatley and Randy Stradley’s series Star Wars: Dark Times. The spendy hardcover collects Stradley’s original script pages and Wheatley’s pencils side-by-side, offering great insight into where the duo either stuck together or forged their own narrative paths. Wheatley’s reputation as a detail-oriented artist is well-deserved, and this book allows readers to pour over the smallest details in his original, uninked pencils. And, bonus, the story of the comics is among the better of Dark Horse’s mid-2000s tales, chronicling a group of rebels fighting to survive during Vader’s rise.