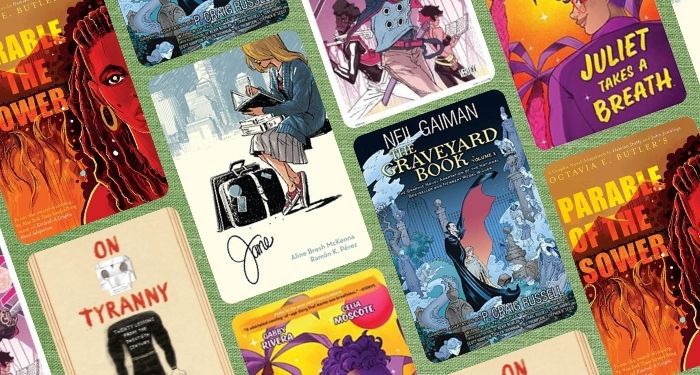 Some of my first reading experiences were brought to me by Sport-Billy, the intergalactic human-looking alien who travels across the galaxy to bring fair-play to sports. I loved Sport-Billy with all my heart, and it is unfortunate that, once I started reading books that contained mostly text, I lost my connection to comics.

When I moved to the Netherlands in 2019 and I wanted something that would help improve my Dutch, I got a library card and found myself being pulled into comics again, specifically graphic novels.

Of course, graphic novels can be heavy, have a lot of text, and be even more complicated to read than regular text-only novels (the only reason I haven’t read Maus yet – even though it has been recommended to me several times – is because it is so dense). But choosing graphic novels with less text and fun artwork made it easier for me to dive into this strange language and grammar. It made the process of reading in Dutch something fun, rather than something daunting.

One of my favourite things to do is picking up a graphic novel adaptation of a book I’ve already read, and lose myself into that story again, without making the commitment of rereading a whole novel all over again. Especially with classics, which I have more trouble reading, choosing the graphic adaptation feels like less of a commitment because it can be easier to digest than a whole ass book, and it can be a more direct and creative approach to the story.

Making it easier, though, is not the reason why I love graphic novels, and there is a lot to gain from consuming literature in this way. As Book Rioter Neha points out in her post about what you win or lose from a graphic adaptation of The Hobbit, “to be fair, while the illustrations were on point, I did find the adaptation of the text to be rather dense for a graphic novel. But this was fine by me since I wanted to read the original anyway. […] At the end of the day, a good story is a good story.” How and what we decide to consume is a personal choice.

If you are a reader of novels, and graphic novels don’t really catch your attention, allow me to present you with a few options that may just change your mind about the medium. If you want to start with classics, there is plenty here to look forward to, but contemporary options also abound.

Note that I am using the term novel loosely here: the list below contains both fiction and nonfiction, a few retellings too, and each title is great. 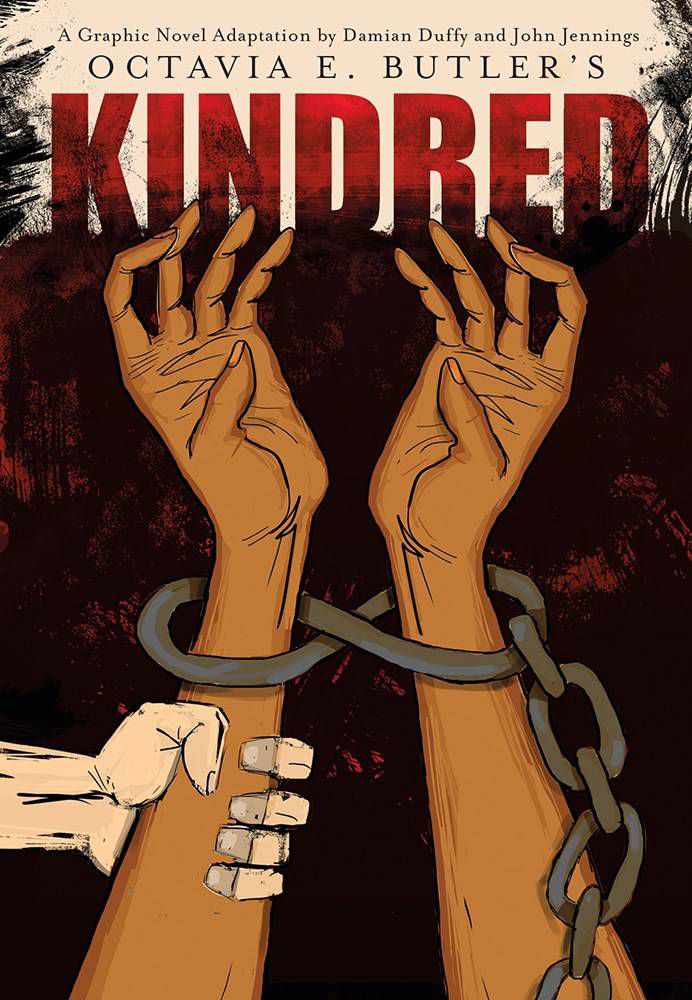 I read this book for the first time for a book club, and it started amazing debates, especially about the main character’s decision under the circumstances.

The graphic novel is filled with amazing illustrations, which make the violence of the story even more – wait for it – graphic.

It’s almost as if the story is coming alive right in front of your eyes, and it makes it even more memorable. 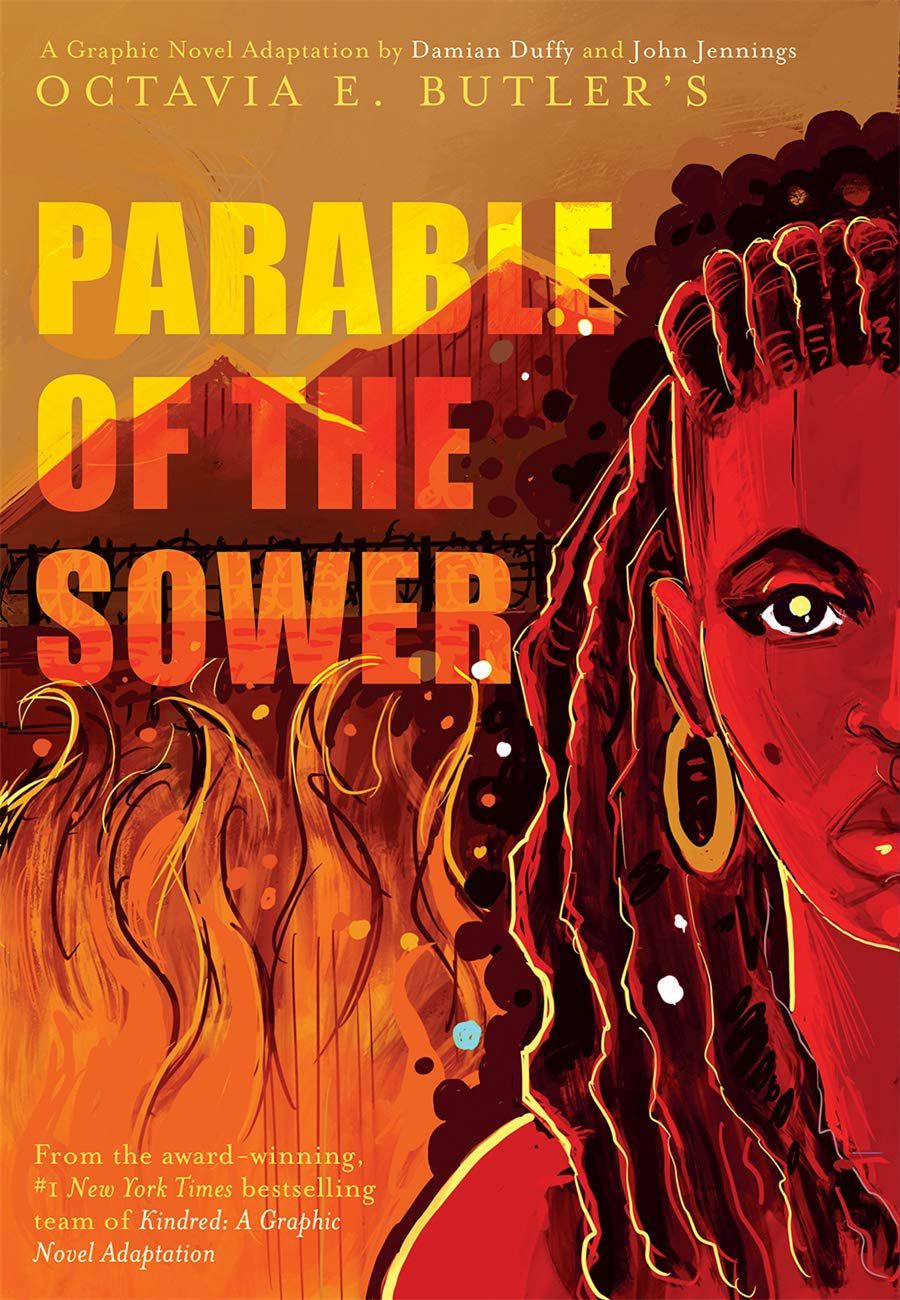 Parable Of The Sower by Octavia E. Butler, Adapted by Damian Duffy, Illustrated by John Jennings

From the same writer and illustrator of Kindred, this adaptation does exactly the same job as Kindred: it turns a spectacular novel into a very vivid account of Butler’s dystopian imagining of the year 2024. 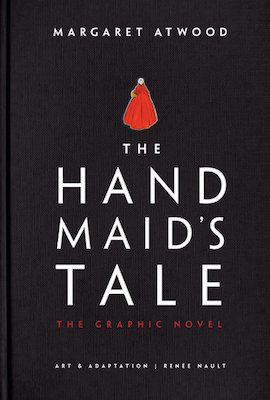 The Handmaid’s Tale by Margaret Atwood, Adapted and Illustrated by Renee Nault

I really like the whole design of the book. It has a very sleek look, and it’s not super thick, but it still manages to capture the entirety of the story in its few pages.

I grabbed a copy of this graphic adaptation right before The Testaments came out, because I wanted to brush up on the plot before reading the sequel, but I didn’t have a lot of time to reread the original text, so this was a perfect solution. 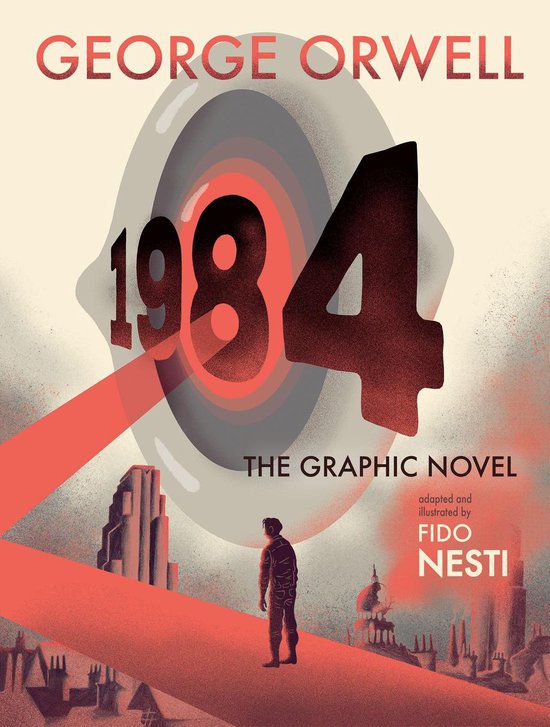 1984 by George Orwell, Adapted and Illustrated by Fido Nesti

If I had a dollar for the times this pandemic a man has asked me if I have read 1984, when debating the use of masks and getting a vaccine, I’d probably have enough dollars to buy this graphic novel adaptation. It would be a great investment of said dollars, since the artwork is fantastic, and the adaptation is really well done.

If you are a fan of Orwell’s writing, Animal Farm has also been turned into a graphic novel by illustrator Bernardi Odyr. 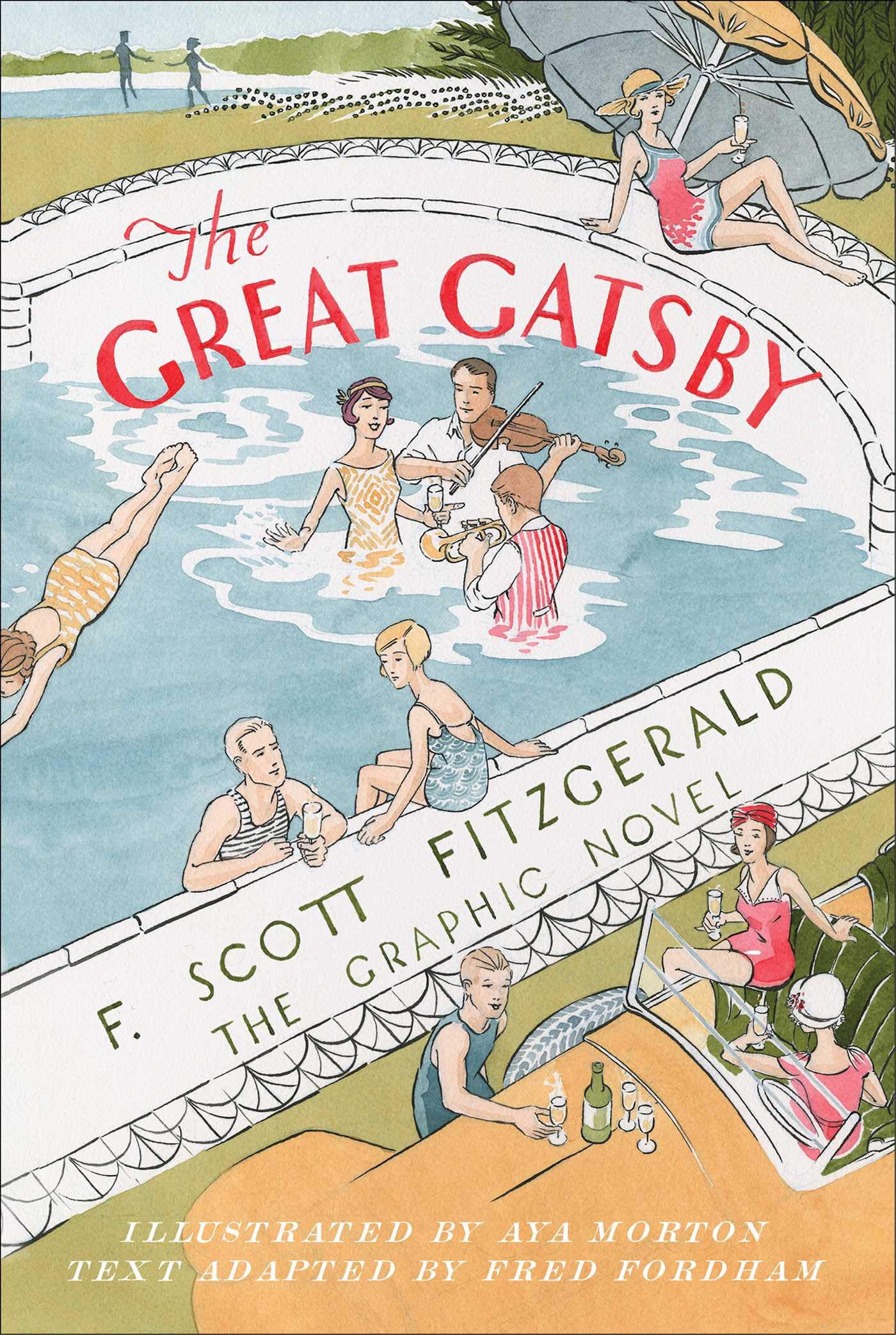 I doubt anything can be as unforgettable as that cover of The Great Gatsby (you know which one I mean, with the eyes and the blue?), but this novel adaptation makes up for the memorable cover by offering us a fantastic adaptation of the classic.

Packed with light pastel colours, it really manages to capture the feel and look of the 1920s. 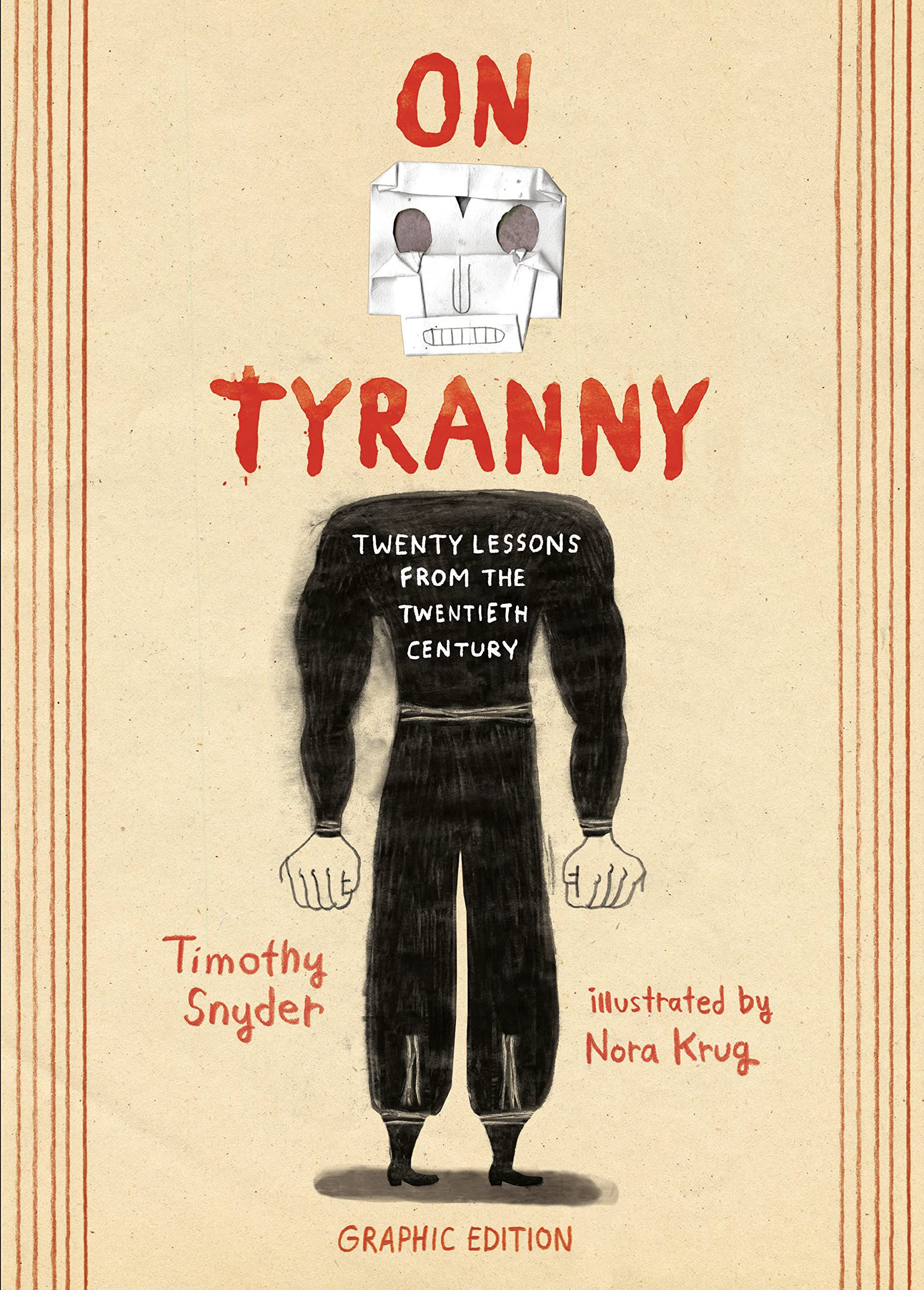 On Tyranny by Timothy Snyder, Illustrated by Nora Krug

The first nonfiction book on this list, the book it is based on presents itself as a guide to recognise and steer clear of authoritarianism.

It talks about the change in times, and how we may fall prey to the similar dictatorships as those of the 20th century, and how we can fight against it.

This graphic adaptation is still very packed with text relevant to the issues at hand, making it a very interesting guide. 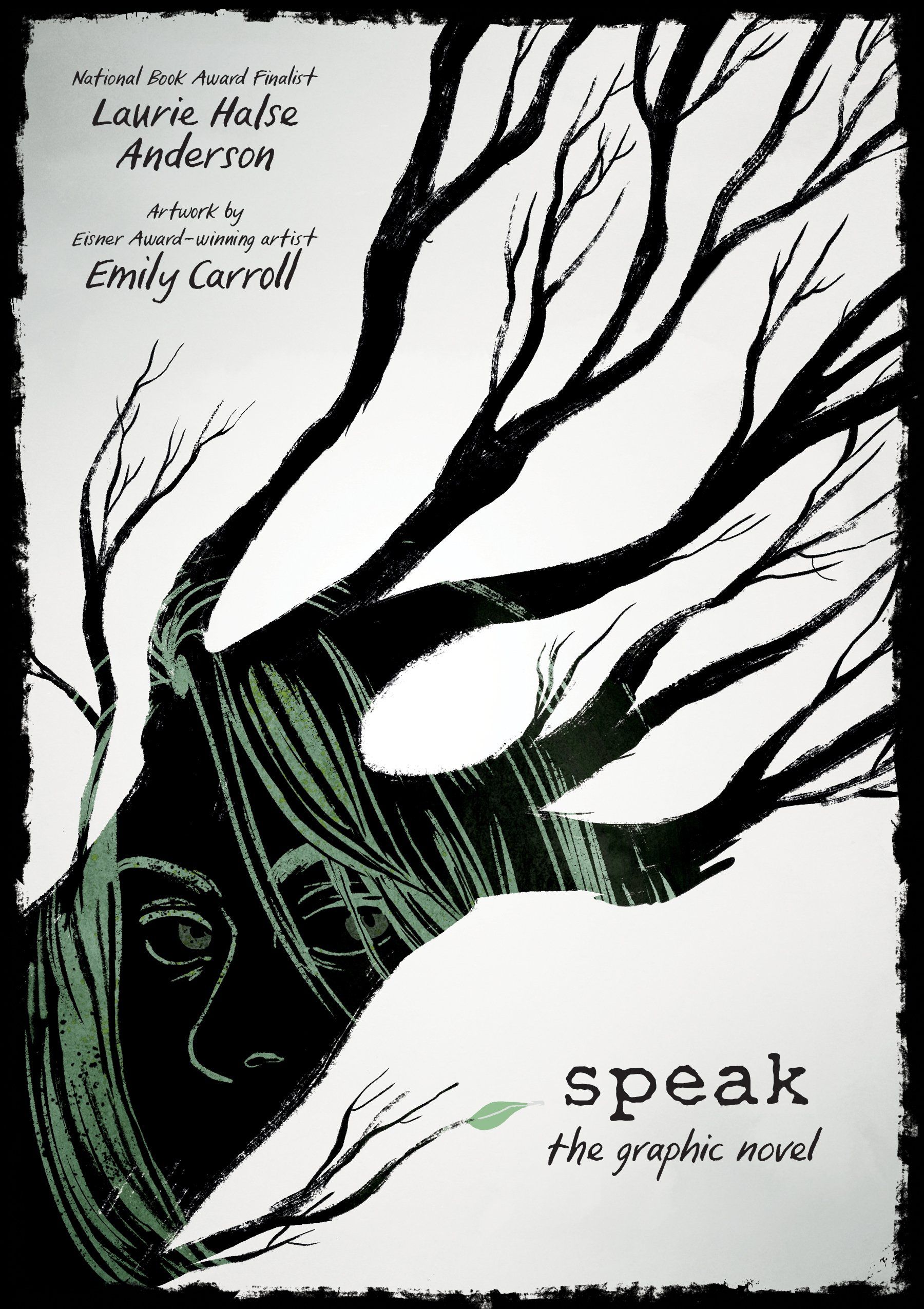 This is a (fictional) story about a survivor of sexual abuse, the title highlighting this idea that the world asks victims to speak, but many do not really want to hear them.

The artwork helps create a somber feeling, helping the reader dive into the story and what it represents. 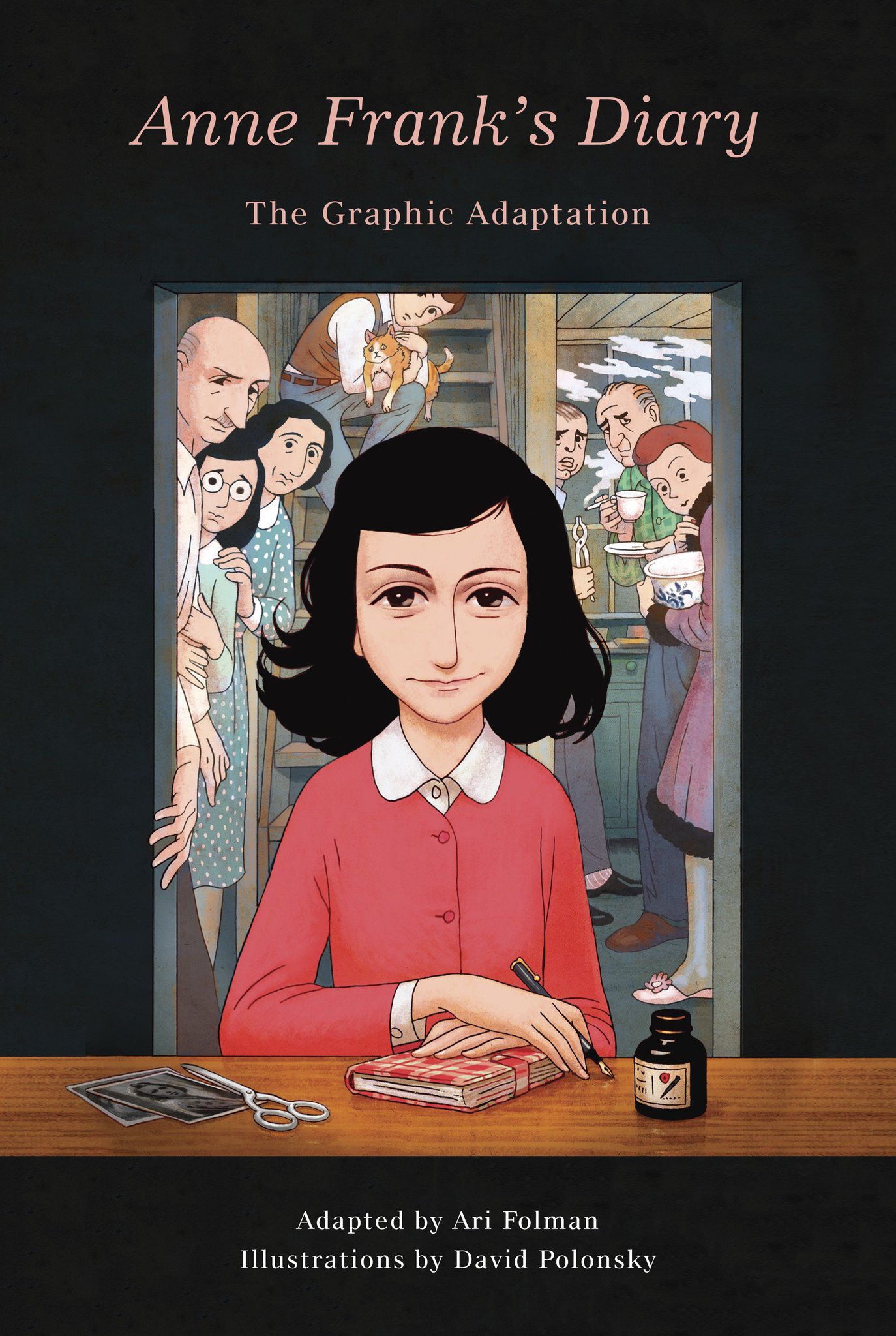 For those who have trouble following a diary, for whatever reason, but would still like to learn more about the story of Anne Frank, this graphic adaptation is the way to go.

It is not a word-for-word adaptation, but more a retelling of what happened at the house in Westermarkt 20, told using Anne’s words from the original diary. 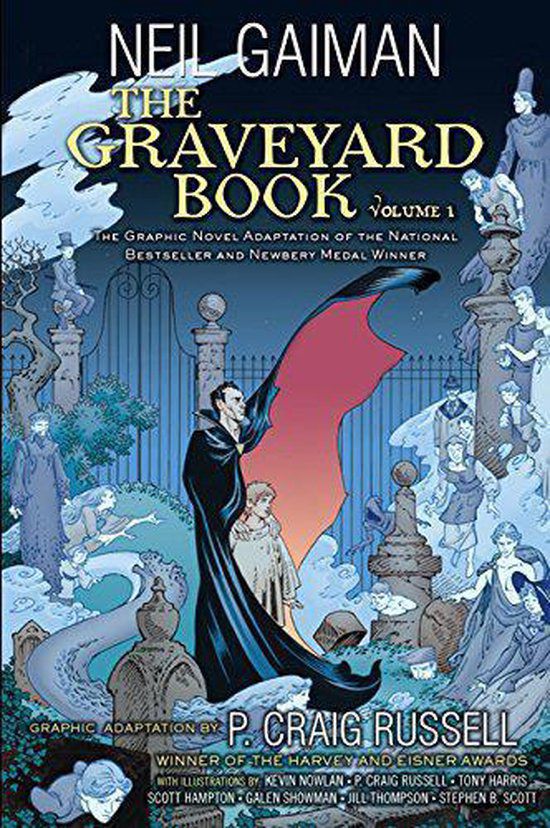 The Graveyard Book is one of my favourite books of all time, and the graphic novel has only added to that particular obsession.

Divided into two volumes, the illustrations are at the hand of P. Craig Russel, paperback with shiny paper, which make these a great addition to any collection.

There is also a single volume available, but I find it easier to read as is in the original publication, and I also prefer those particular covers. 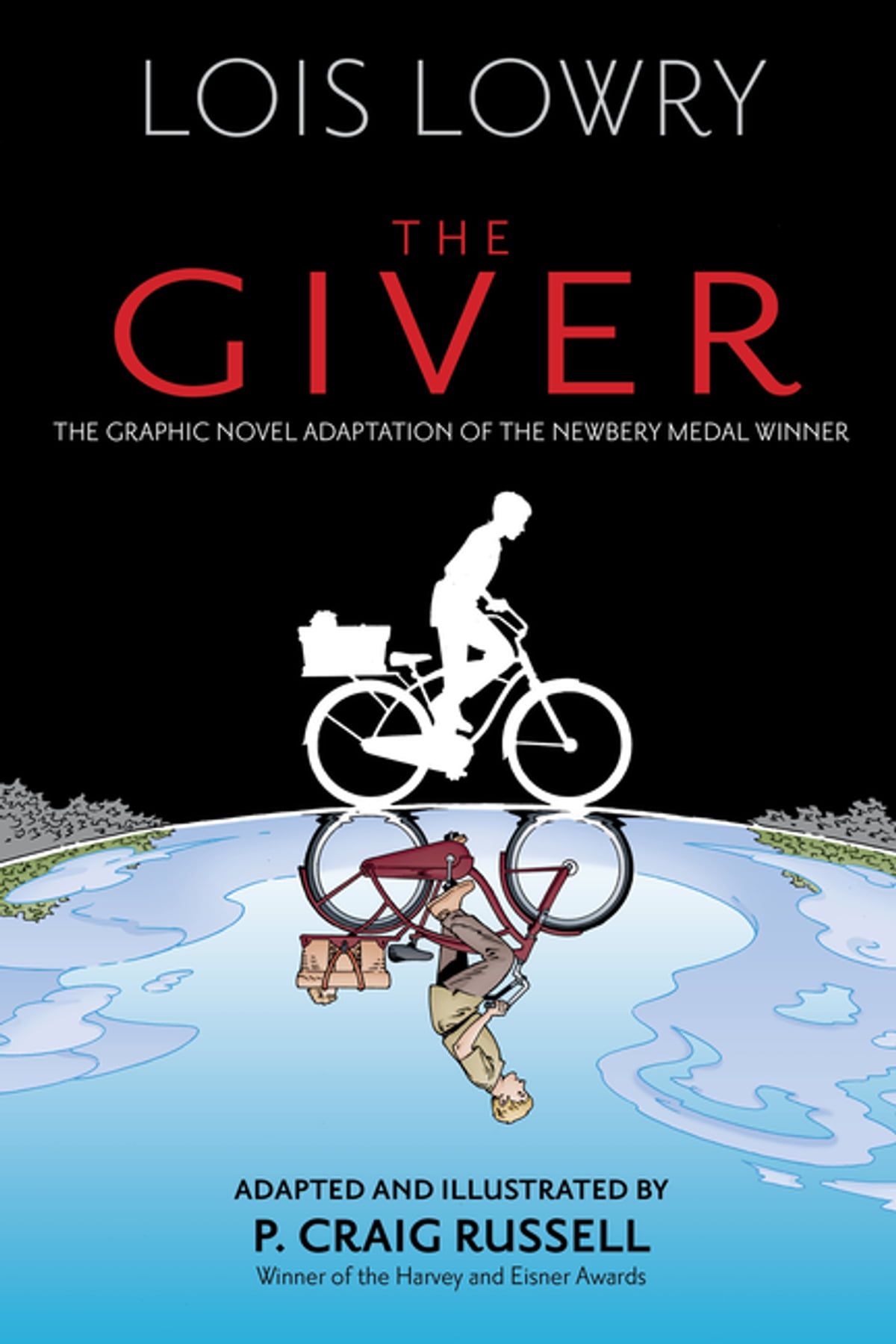 The Giver by Lois Lowry, Illustrated by P. Craig Russel

The Giver is the first book in the Giver Quartet series, which includes for more books: Gathering Blue, Messenger, and Son.

The story focuses on Jonas, who believes to be living in an ideal world, until he is given a more prominent role in his community.

The graphic novel really helps highlight the change between dark and light. 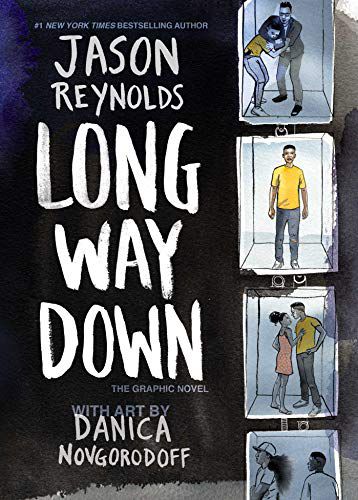 Long Way Down by Jason Reynolds, Illustrated by Danica Novgorodoff

A fantastic novel for young readers around the intricacies of morality, justice, and revenge.

The main character, Will, loses his brother by murder. Will gets on an elevator, and at each stop a new person connected with his brother appears.

We accompany this journey down each floor and what each floor has to teach Will, and us.

The graphic novel encompasses all Will is going through and this elevator journey amazingly. 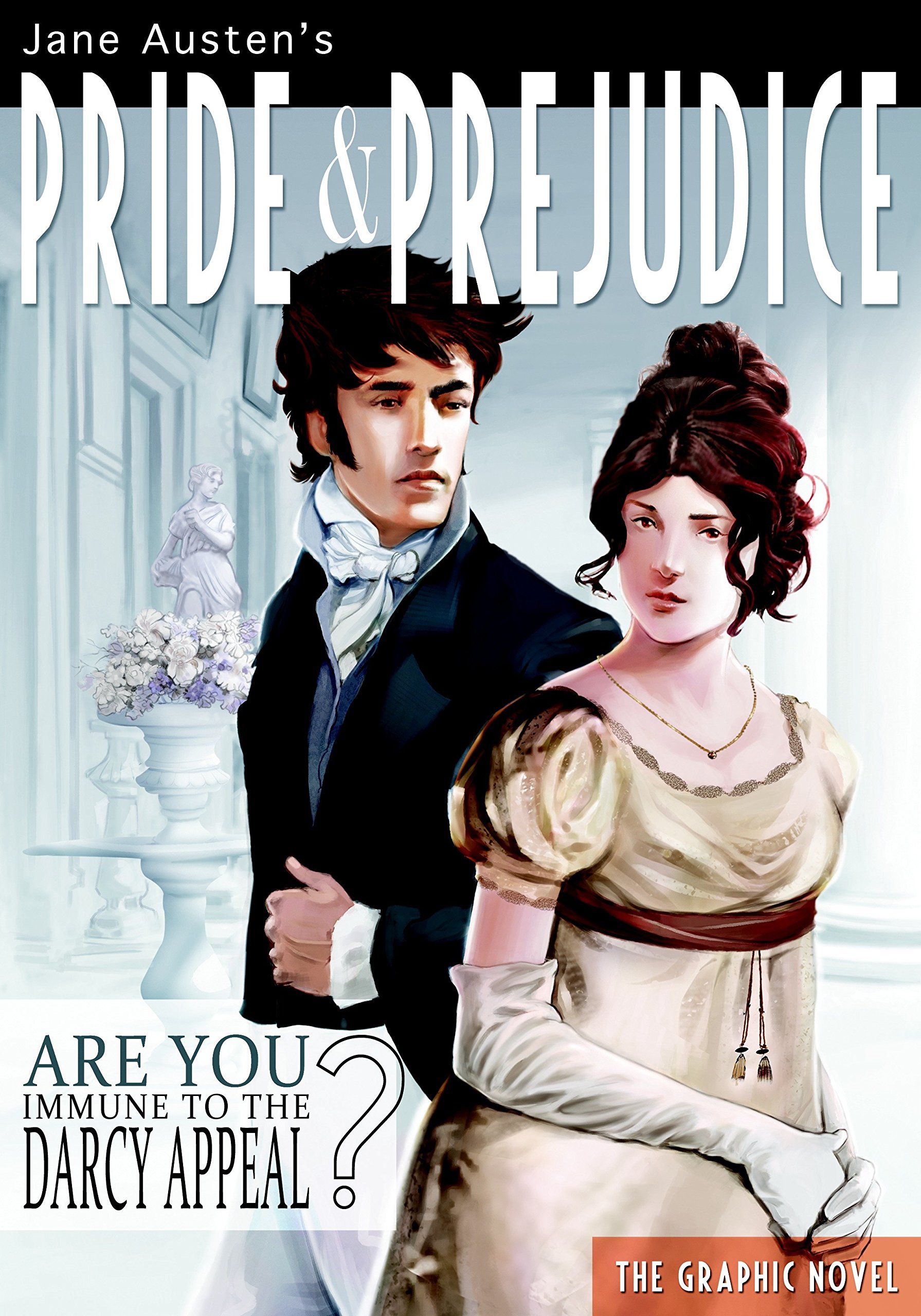 I have never read Jane Austen, and that includes this graphic adaptation, but I did write about what I thought the book was about based on what I picked up from pop culture.

Do I have both the novel and the graphic novel on my TBR? Absolutely!

For now, I will continue to postpone knowing how wrong my assumptions were. But you should definitely read the novel if you haven’t yet, or get on with the graphic adaptation if that’s more your style. Or both. Both is always good. 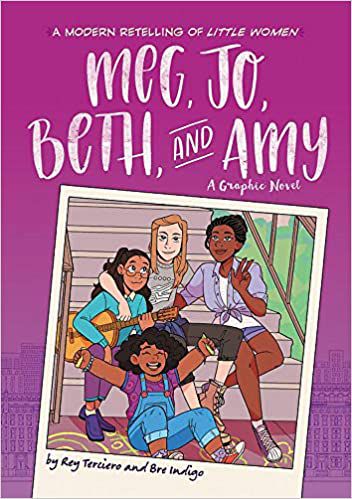 Now, you might have noticed that the name Louisa May Alcott is missing from the title, but there is a simple explanation for that: this is a modern retelling of the classic written by Alcott. And it’s a super cute one at that.

Good news is, this is the first modern adaptation in a series called Classic Graphic Remix, so besides Little Women, you can already get your hands on The Secret Garden. It’s all good news today. 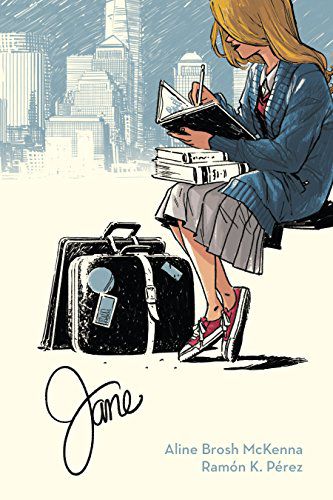 If you love retellings you are going to love this graphic modern adaptation of Jane Eyre by Charlotte Bronte.

This adaptation follows the life of a modern girl with big dreams to live in NYC and make art. But as her dreams slowly starts to materialize, she realises dreams can very different once they’re at your reach. 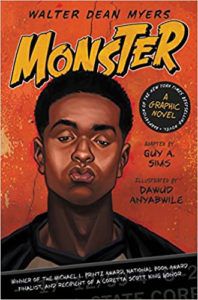 At 16, Steve Harmon is being trialed for murder, a black teenager at the hands of the American system.

As the trial proceeds, Steven uses his love as an amateur filmmaker as a way to cope with the trauma of what he is going through, by imagining and writing down a script about all that is taking place in his life. But reality and imagination start blurring together.

The graphic adaptation contain amazing black and white illustrations, giving this story a life of its own. 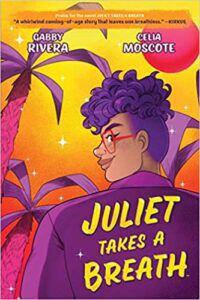 You thought this book about a Puerto Rican lesbian couldn’t get better, but you were wrong.

The graphic adaptation has a wonderful purple-and-bubble-gum-pink cover, which will make you want to dive right into the story without further ado. 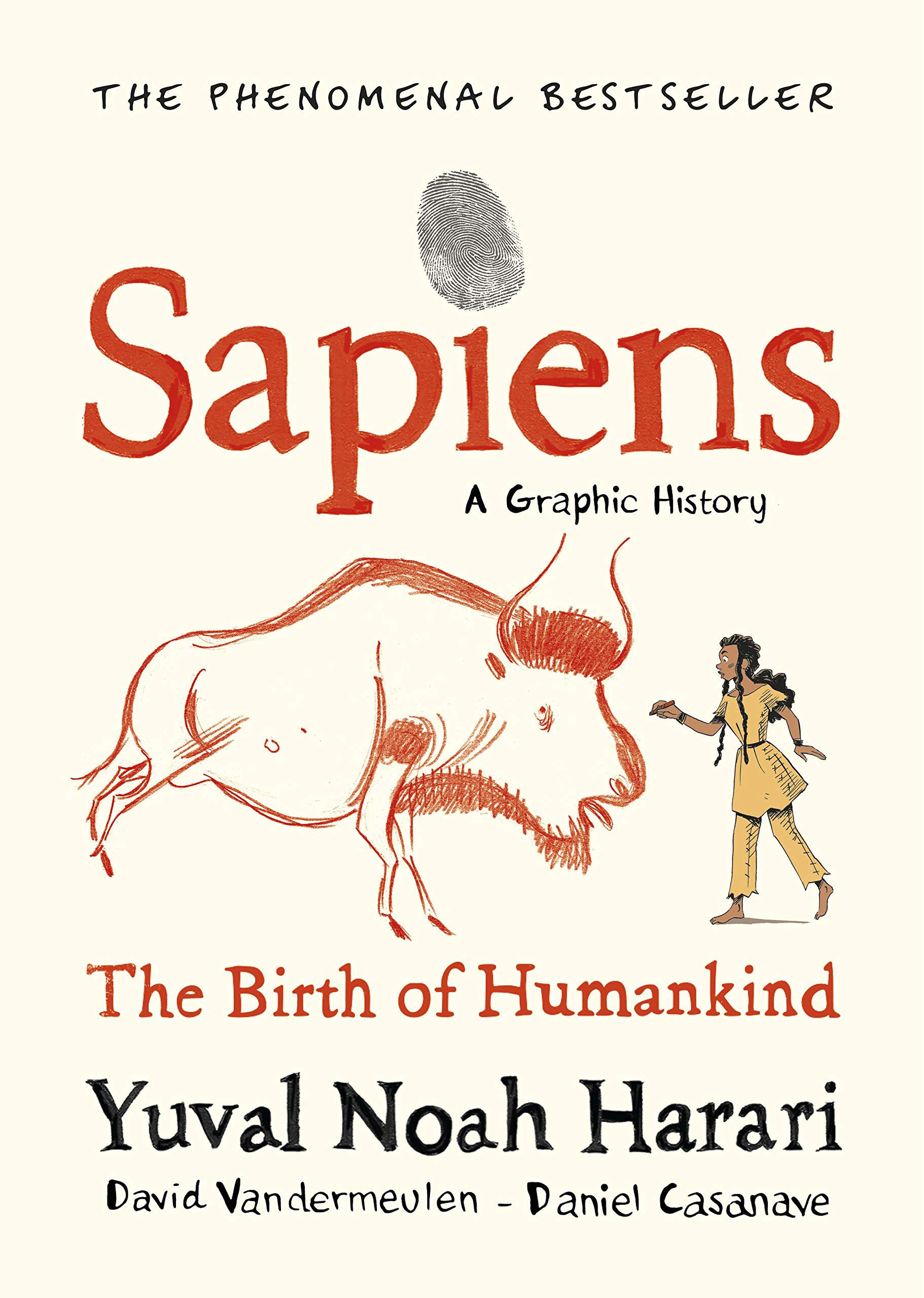 I read Sapiens when it came out, and although it is a short history of mankind, it is so packed with information that I soon realised I was going to be able to memorise very little of what I was reading.

The two volumes of the graphic novel are a perfect way to go back to what you have learned and refresh that memory, or to have a more visual learning experience, in case that works better for you. 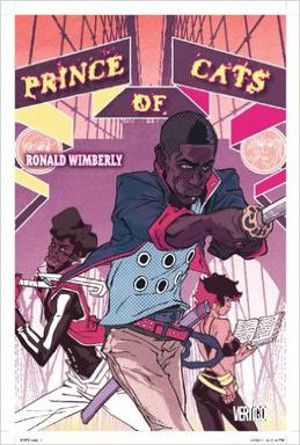 Prince Of Cats by Ron Wimberly

Another fresh retelling of none other than the beloved Romeo And Juliet, by William Shakespeare.

And yes, there are illustrated adaptations of the original text, but I think this modern take on the play is *chef’s kiss*, and therefore deserves a place in this list. 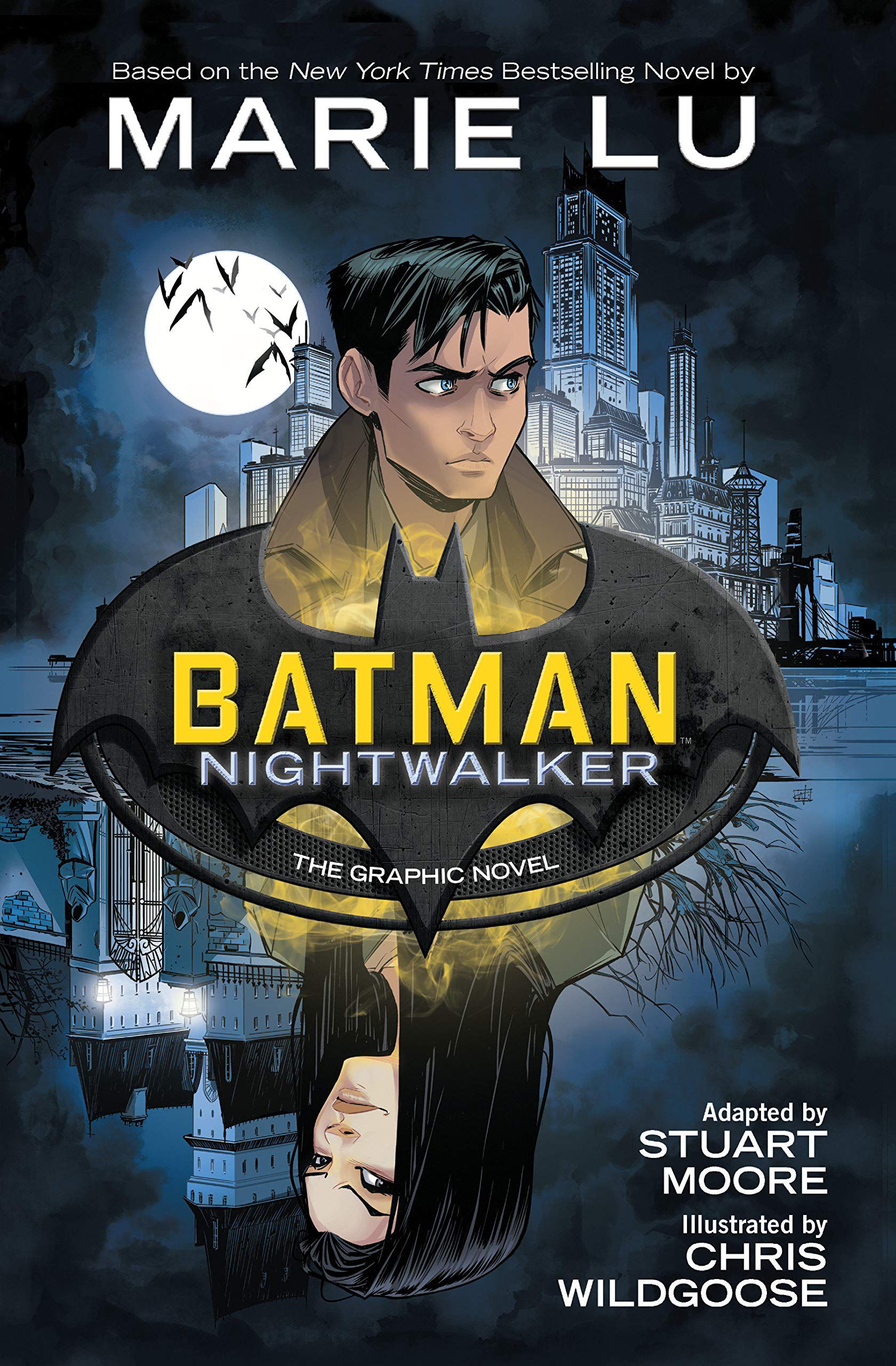 Marie Lu’s excellent book has been turned into an amazing graphic novel, and I don’t need to tell you you can choose to read only the novel, but you won’t want to miss the graphic adaptation for sure! 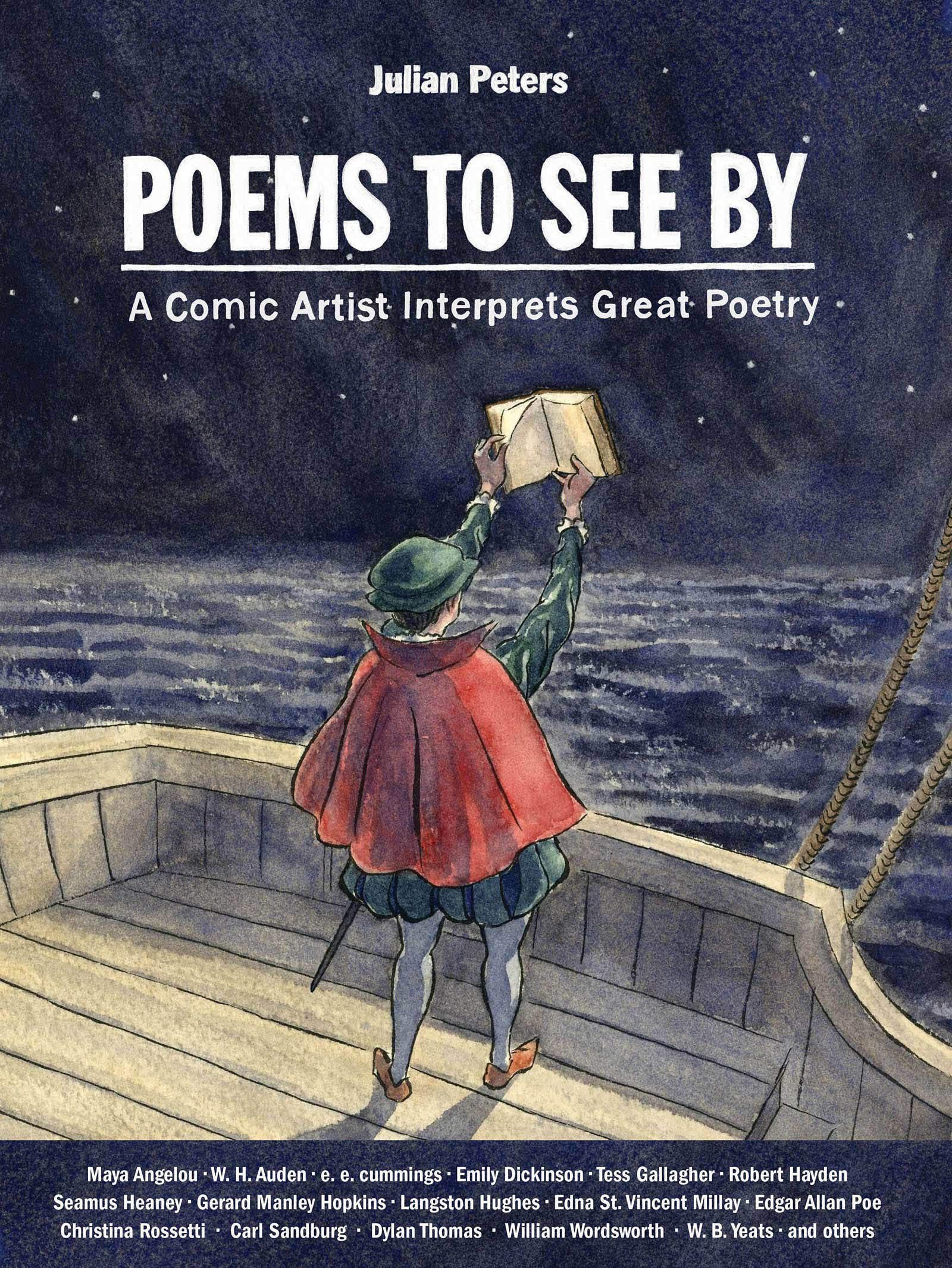 Poems To See By by Julian Peters

This last book is a little bonus, because it is not based on a whole book, but it is an adaptation of 24 classic poems.

Poetry almost jumps off the page in this amazing adaptation, and you should totally experience poetry this way at least once.

I find this to be a very solid list, but I would still love to see more diversity in the graphic adaptations, especially when it comes to classics like Giovanni’s Room and Beloved, for example, but also more modern memoirs, like All Boys Aren’t Blue and In The Dream House.

Best Graphic Novels To Give Beginners

2022 Comics And Graphic Novels To Add To Your TBR