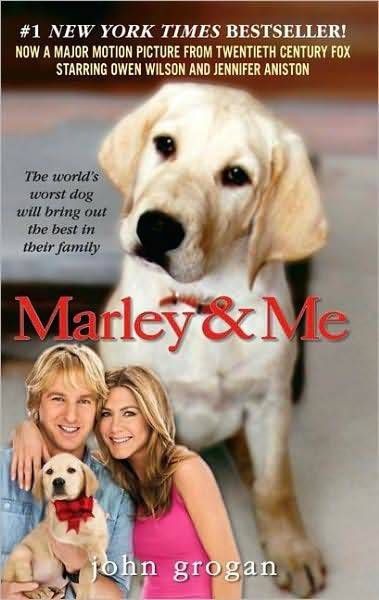 He used whisper-thin thread, with a tiny, metal hook. Between trips to the bakery, where he worked, to the park, where he walked with his friends and their dogs, and to other places in town where he did his business, he’d come back to his corner of the couch, grab the hook and thread, and keep plugging away at the blanket he was working on. Despite the delicacy of his work, he put in enough time to complete five or six huge afghans a year, often given as gifts to people our family knew.

My grandpa wasn’t a reader.

Growing up, I lived with him, as well as my mom and my grandma, who were both huge readers. Before I could drive, my mom and grandma would take me to the library once a week, if not more, and we’d all walk away with piles of new things to read. It was my mom who got me into the somewhat obsessive habit of writing down the title of every book I read. It’s a habit not far removed from one my grandpa tried to instill in me of writing things down so I remember later how something made me feel.

This process of writing it down was something he tried to get me to do after his first heart surgery, when I was in elementary school and didn’t quite get it yet. Someday you might want to remember how you felt about this big scary thing happening to someone you love he’d said. But I didn’t listen.

After that surgery, friends dropped off books for him to read. Lots of westerns, especially. I think maybe the last thing he’d read decades before may have been a western. But he didn’t read them during his recovery. Instead, he kept up his crochet work, creating blanket after blanket.

My grandpa read the newspaper every day, both the one for our town, as well as the county paper for the area in Central Wisconsin where he grew up. Where he still knew the parents or grandparents of the kids who had their names listed on the honor roll. He’d make long distance calls on the landline to catch up with them, when the news warranted congratulations or condolences.

I kept reading, of course, everything I could get my hands on. I looked forward to weekends and summers, when I could do nothing but read uninterrupted. I’d look up college prep reading lists and make my way through classics, big and small. When I moved into my first dorm, my grandpa helped lug my belongings, including boxes of books, into my room on a sweltering August day.

In college during our semi-regular phone calls and email sessions, my mom and I would talk about what we were reading. She’d give me updates on grandma’s reading, too, if it sounded like something I might like. Both of them became even bigger library users when I moved out, finishing book upon book, mom writing them down as she did.

Then my grandpa was in an accident.

He was going to the car wash and another driver didn’t see him around the side of a turning truck, and he was hit. Hard. He spent a few days in the hospital recovering from broken ribs and bruised lungs that required him to spend a lot more time lying down and using an oxygen tank. Even when he wanted to, he didn’t have the option to crochet with the voracity he once did. It was too painful to sit up like that.

I didn’t get home to see him much during his recovery, in part because it was usually my grandpa who would drive out to pick me up and bring me home. He’d been a truck driver most of his life, so he loved to go on the road.

My mom would call me with the updates. He’s healing well, she’d say, or His friends from the park came over and he was in a better mood.

One day, she called with an update I never expected. She told me he was reading a book. That when she gave it to him, he started reading it and didn’t put it down.

It was the first book he’d read in 30 years. And he loved it. Every last word of it. He loved the story, loved the characters, loved being pulled out of his unhappy and pained state for a few days by reading this book.

The book was John Grogan’s Marley & Me.

To many readers, perhaps this is an emotionally manipulative story. The cover tells you everything, really: that cute dog is going to be the impetus for all of the shenanigans that go on within the pages and at the end, because you’re so invested in the dog, you just know he’s not going to make it. It’s a story about the problematic dog, but at heart, it’s really a story about problematic people who happen to adopt a dog well before they’re ready to be responsible for it.

To many readers, the book is laughable. It’s cheap, mindless entertainment. You know the end before it happens because you’ve heard and read this kind of story a million times before.

But it also happens to be a book about a dog that did exceptionally well. Marley & Me had a huge marketing campaign and hit the New York Times Bestsellers list and stayed there for a long, long time. The book was then adapted into a film starring Jennifer Aniston and Owen Wilson a few years later. It’s not high brow fiction, and it’s certainly not award-winning material.

He loved the book so much and he can’t stop talking about it, my mom said. It was the most he’d gotten excited about something in a long time. She told me about going to the library and looking for what to pick up for him next, but after his experience reading Marley & Me, he didn’t want to read anything else.

Have you read the book? My mom would ask every time we talked. She’d read it, grandma had read it, and now that grandpa had read it, I had to read it.

I didn’t. I wasn’t going to. No way would I own a book like that, let alone read something like that. It wasn’t a “me” book, and I’d read the criticism. Plus, books where you know the dog is going to die are the worst.

My grandpa recovered from the accident enough to confront one of his greatest fears a few months after: flying. He’d wanted to drive from Chicago to Las Vegas to my wedding, but my family convinced him that the solo drive was a bad idea. That he wasn’t young and sprite anymore. So he got on the plane and he had a hell of a good time with us.

He died less than a year later.

I’d just moved in to a new apartment, one that had incredible built-in bookshelves lining the wall of the living room. It wasn’t until after the funeral that I was able to begin unpacking and arranging everything. When I was able to unpack some of those afghans he’d made me and put them on my bed and my couch, squeezing the fine stitching between my fingers and thinking about how sad it was I never was able to learn to do this like he did.

As I loaded up my bookshelves, something was missing: I needed a copy of Marley & Me. The space would be empty without it. I picked one up the next time I went to a bookstore — the movie tie-in edition, since it was the only one available — and I put it on a shelf there with copies of all my beloved books.

Marley & Me moved with me from Texas to Illinois and to Wisconsin. It’s always been on my shelf, alongside other mass market paperbacks. To this day I haven’t read it.

But it will be on my shelf forever.

Whenever I hear people talk about that book or the movie made from it, I always feel the hairs on my arms raise a bit. My fight-or-flight defenses kick in, even though it’s not a book I’ll likely ever read. But Marley & Me reminds me of my grandpa. It’s the book he read when he was miserable, when he didn’t want to do anything but feel miserable because he couldn’t do things he wanted to do.

I like to think he’d be happy I wrote that down, the title of that book he read. I like to think more he’d be proud that I remember how it made me feel, too — that even though he might not be here, a piece of him lives and will always live on my home bookshelves.