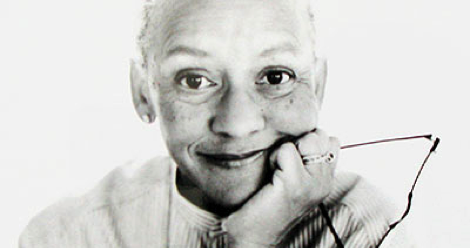 Yeah, that Nikki Giovanni. Civil rights activist, poet, member of the Black Arts Movement of the late ‘60s, current professor at Virginia Tech. As I began to delve deeper into poetry when my love for it expanded, I started to come across her work, but failed to grasp the significance of her until I found out she was the honorary degree recipient of my university the year I graduated.

That last semester, I was the editor-in-chief of my university’s literary and visual arts journal. One of my professors arranged for everyone on the journal—current and past members graduating the next day—to sit in a room with Nikki Giovanni and talk with her for a few hours. She asked us to come up with a few questions to get a dialogue started.

When I realized, fully realized, what this woman has accomplished in her life, and how brave and creative and inimitable she is, any attempt at voicing or writing down questions just shriveled up and died on my tongue. What could I say that would even be worthy of her? What could I bring to the conversation with a woman who has written 30 volumes of poetry, helped define a movement, and wrote one of my favorite lines of poetry: “Show me someone not full of herself / and I’ll show you a hungry person” (Poem for a Lady Whose Voice I Like).

I was petrified. I scribbled down some questions like the night before, disappointed with every one of them, and brought my anxious, unworthy butt to that classroom. We were nervous and excited and told to have our questions ready for Ms. Giovanni.

We didn’t get to ask her a single one of them.

What we got instead was a conversation with Nikki. She wasn’t interested in sticking to a schedule; she was interested in hearing what we planned to do after graduating, and telling us about her travels, the people she’s met, about her Thug Life tattoo (in honor of Tupac), and why Morgan Freeman is a, uh, ladies’ man (she had a different word I won’t repeat here) and that he owes her a car. She warned us that she cries easily these days, and had us comfortable and mesmerized within the first ten minutes. We laughed and cried with her. We missed the first half hour of the reception dinner, talking. It was easily one of the greatest evenings of my life. What she said to us I will carry with me for as long as I’m breathing. And I’d like to share some of that with you. Whether or not you’re a recent graduate of college or high school…I think it universally applies.

Here are some Life Lessons from poet and activist Nikki Giovanni:

• Do not let people who don’t like you tell you who you are.
• There are some things you just don’t do, or walk away from.
• Be good, decent people. If you do nothing but live an ordinary life, with an ordinary job, an ordinary spouse and ordinary kids, live in a comfortable, ordinary home, and die in your bed at 93—you’ve done good. There’s nothing wrong with that. That’s a good life.
• But do what you want—and do it when you’re ready. There’s nothing wrong with waiting until you’re ready, because if you do it before you are, you’ll make mistakes. Wait until you’re ready for it.
• Collect experiences.

It seems pretty simple, doesn’t it? But those words coming from someone who has accomplished so much, and worked so hard…it carries a heavier weight. Her example for what she meant by collecting experiences: One time she had a poem featured for a NASA thing, and NASA asked what her fee was. She said that her fee was lunch; she wanted to have lunch with people in that NASA program. The payout was less important than the experience of interacting with NASA employees, because she is a giant space nerd and wants to die via being launched to the moon, missing lung be damned. She turned around and gave us an experience to collect.

I hope this advice from Nikki Giovanni does for you what it did for me. And if you haven’t read or listened to her work, please familiarize yourself. You won’t regret it.