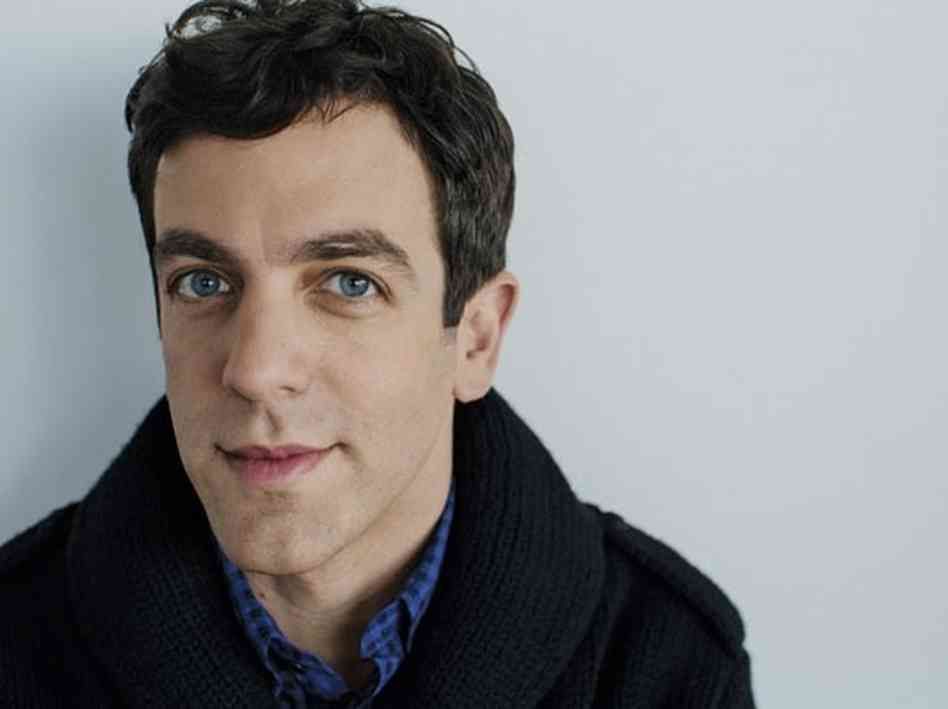 Every once in a while I grade a collection of essays or stories on Book Riot, essay by essay or story by story. Past graded collections include Ann Patchett’s This is the Story of a Happy Marriage and Karen Russell’s Vampires in the Lemon Grove. I usually grade every single piece in the collection in question, but that’s just not going to be possible with B.J. Novak’s One More Thing: Stories and Other Stories because there are 64 STORIES IN THE COLLECTION. No, I promise it’s not the size of a dictionary, some of the stories are a sentence, some are a paragraph. And I just can’t grade them all, because it would drive me crazy, but more importantly, it would drive YOU crazy. In fact, one of the main criticisms the collection has received (and mind you, it’s received mostly praise on praise on praise) is that it seems like Novak threw in basically every clever thing he ever jotted down on a Post-it in between takes on The Office set. Indeed, even some of his longer pieces sometimes feel like extended jokes or sketch-turned-prose. I note in reviews below whether I think a piece is a good sketch idea or an actual good short story idea,

I listened to the audiobook, and if you read this book (and I absolutely recommend you do), you should really think about listening on audiobook, there are SO many guest stars. B.J. Novak read most of the stories, and Rainn Wilson and Mindy Kaling do most of the pinch hitting, but there’s a CAVALCADE of stars in this audiobook, with Emma Thompson, Julianne Moore, Carey Mulligan,  Jenna Fischer, Jason Schwartzman, Lena Dunham, and Katy Perry stepping in to do guest spots. It’s a little look-how-many-famous-friends-I-have-y, but it’s also really fun to hear these celebrities when they pop in, so we’ll let the audiobook-version-of-humblebragging slide. Onto the grades!

Tortoise and the Hare have a rematch race. Was almost a sketch, but then crystallized at end and became story, and a very insightful story at that. A.

NO ONE GOES TO HEAVEN TO SEE DAN FOGELBERG

Going to see famous musicians in concert in heaven. This one began to touch on some interesting stuff about mortality and what happens to familial relationships in the great beyond, but ultimately didn’t get all the way there. B+

JULIE AND THE WARLORD

Jenna Fischer plays a girl who goes on a date with a warlord. This would have been an awesome Key and Peele sketch, it was a good enough short story. B.

I NEVER WANT TO WALK ON THE MOON

A rant that becomes poetry. I dug. A-

B.J. Novak plays a man who believes in true love and Lena Dunham plays the sex robot who falls in love with him. I loved Her, you guys, I loved it, but I loved this take on future-robot-romance just a little bit more. This one just unravelled me. It’s pretty much a perfect short story. B.J. Novak self-deprecatingly describes his shorts stories by saying “Imagine if George Saunders wasn’t a genius,” but I don’t know, this story (and a few others in the collection) feel pretty darn genius to me. A+

Celebrities feature PROMINENTLY in this collection, and not just as guest narrators. Tony Robbins gets a story (narrated by Julianne Moore!), as does Chris Hansen, John Grisham, Elvis, Johnny Depp, Kate Moss (Carey Mulligan narrates that ish) and as much as I want to give Novak a slap on the wrist for TOO MANY CELEBRITY NARRATORS AND TOO MANY CELEBRITY CHARACTERS, they were mostly enjoyable and this was my favorite of the celebrity stories (though Johnny Depp came pretty close). B+

THE MAN WHO INVENTED THE CALENDAR

The diary of the man who invented the calendar in its first year of use. Boy meets girl, loses girl, meets another girl, there’s a human sacrifice, and all the while the inventor is trying to perfect the calendar while working on his new invention, the clock. A comedic and melancholy (comedicholy?) look at the passage of time, one of my favorites in the collection. A+

WIKIPEDIA BROWN AND THE CASE OF THE MISSING BICYCLE

One of the rare stories in the collection where the title is MUCH better than the actual story, this was a sketch, and a one-note sketch at that. It’s not a bad story (it’s an even less bad sketch) Wikipedia Brown just doesn’t measure up to the sex robots and calendar inventors that populate the rest of the collection. B-

THE BEST THING IN THE WORLD AWARDS

“Love” always handily wins these televised awards (hosted by Neil Patrick Harris, the twenty-gajillion-billionth celebrity to be a character in this collection) until the year that “Nothing” is a contender. This one had weird “Harrison Bergeron” undertones, I was into it. A-

Another one of my favorites in the collection, a poet who becomes a super-famous translator, his translations of Cervantes and Proust populating the bookshelves of Urban Outfitters. Novak writes fake reviews of these translations by famous book reviewers and it’s super insider baseball and awesome. But this is just a really thoughtful and awesome story about art and commerce and how much and how little they Venn Diagram and how confusing this is to artists. And a KILLER last sentence.

Anyone else read this collection? How do your grades compare and contrast?