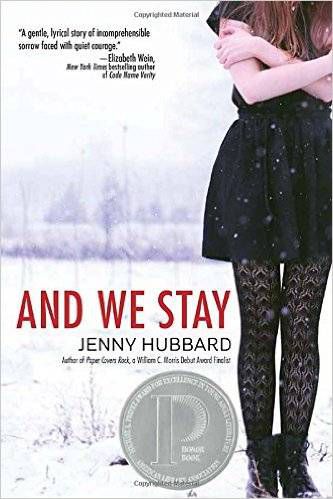 (Spoiler Warning: This article will mainly discuss content from the first issue of Preacher, but will otherwise keep specific plot details to a minimum)

Comics really got a hold on me in the early 2000s. I had friends who enjoyed comics and recommended different superheroes and manga. I learned about a local comics shop (!) plus the growing graphic novel collections at the Waldenbooks at the mall (!!) as well as my local library (!!!). My transition between high school and college was spent creeping through the comics canon one trade paperback at a time. One of my early jobs while in college was at a buffet restaurant, and I allowed myself to indulge that slightly-above-minimum-wage paycheck at the comics shop to buy one trade per week. Actually, that was a policy I invented out of self-control because a week was the longest I could wait between volumes of my new favorite series: Preacher.

Reading the series was its own reward, but there was also the joy of sharing it. After each volume I read, I would pass it on to one of my friends, who would then pass it on to another, until there was a daisy-chain of volumes of Preacher changing hands, our conversations always updating as everyone else we knew caught up (since the story mattered, spoilers mattered, you see). We would compare our favorite moments, whether they were funny, gross, or poignant. This all took place before I truly fell down the rabbit hole of comics and sought out commentary and analysis; everything was considered at face value and with as much critical thought as the room contained. Nowadays, I would probably gather a critical consensus after each volume on Goodreads or comics news sites. While the series debuted in 1995, by the time I discovered it, Vertigo had published two versions of the series in trade paperbacks, and I would choose which edition to buy each week based on the cover art. Such a fun, simple time.

The spines don’t match, but I love them this way.

What really got me into the series was Joe Lansdale’s excellent foreword as well as the opening scene in which Irish vampire Cassidy describes a recipe for vegetarian quiche that ends with, “then you throw the stupid [bleeping] thing out the window. Then you grill yourself a T-bone an’ eat that instead.” So mean, but also funny to me at the time. Watching people get taken down a notch was (let’s be honest, still is) my kryptonite, and everywhere in Preacher the powerful and powerless are getting all kinds of contradicted, called out, brutalized, and senselessly rewarded. Just looking at the setup from the first issue, all the pieces are in place for a wicked good time.

The very next scene following the quiche joke shows lead protagonist Jesse Custer walk into a bar and call people out for their hypocrisies and dirty secrets. He gets the tar beat out of him. Cut to a scene in heaven, where angels argue with each other over how to handle a powerful missing spirit: a trio of nebbish, lesser angels are assigned to investigate on Earth. Cut to a flashback of Tulip, who rounds out the central motley crew with a tale of blowing someone’s mouth off with a pistol in a hit job gone wrong. Cut again to an angel waking up a long-resting spirit of death whose first act is to shoot the angel dead, calling it “a good start.” The ghost of John Wayne talks to Jesse in his private moments. Jesse’s inhabited by an angel/demon hybrid that gives him the Voice of God, which he uses to disarm a group of police whose sheriff casually tosses out the N-word. Everyone’s nasty and mean, but their clashes are irresistible to watch. Are these treatments brutish and ugly? Yes. However, having been raised on MAD Magazine, Seinfeld, and Duckman, I was already used to cynical social commentary, and here was an even sharper set of teeth for chewing various social topics.

The series holds up for me beyond its perceived edginess or bite. Throughout the series, Jesse’s integrity as a man of justice trying to do right in an insane world holds the narrative together in brief soapbox segments that briefly shine a moral light between sequences of debauchery, drugs, sex, gore, tragedy, and gleeful cruelty. To enter young adulthood with this narrative was, I think, a gift: the world may be senseless and cruel, but we can choose to rise above it and demand responsibility from those with power, including ourselves. (This doesn’t mean I was never an entitled little snot during college, but that’s another story.) Jesse’s fixation with John Wayne speaks directly to the escapism of admiring larger than life heroes who can save the day when we feel like we fall short. However, in later chapters, Jesse’s attempts to be a lone ranger alienate his friends. No one in Preacher is pure, not even God. The closest to innocence anyone gets in the series are the young and the naive, and even they are as capable of corruption and indulgence as anyone else (the saga of “Arseface” in particular walks a razor-thin line between exploitative hijinks and a heartfelt coming-of-age tale).

None of this is to suggest that Preacher was the guiding beacon of my life or the greatest comic I read during college (that honor goes to Don Rosa’s The Life and Times of Scrooge McDuck, which has far more to say about honest living, how we measure the arc of a life, and integrity). However, with AMC’s television adaptation rolling out, and the pilot episode seeming to get a lot of things right about the cast and tone, I can’t help but think about the comics, their place in my stumbling toward maturity, and how much I enjoy rereading the whole blasphemous adventure every so often.