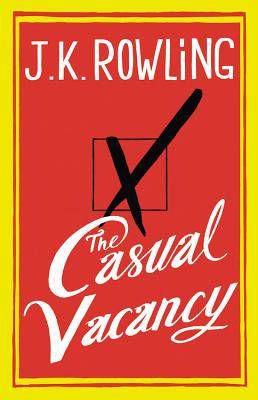 The results of the Goodreads Choice Awards 2012 are in! The winners were voted on by the site users, making it a sort of People’s Choice of the book world. Over 1.1 million votes were cast this year- winners and runner-ups are listed below. There were a few close calls, and more than a few landslide victories:

Best Fiction
The Casual Vacancy by JK Rowling 11,525 votes
Where We Belong by Emily Giffin 7,841 votes

Best Historical Fiction
The Light Between Oceans by M.L. Stedman 6,918 votes
Bring Up The Bodies by Hilary Mantel 6,516 votes

Today In Books Newsletter
Sign up to Today In Books to receive daily news and miscellany from the world of books.
Thank you for signing up! Keep an eye on your inbox.
By signing up you agree to our terms of use
The Wind Through the Keyhole by Stephen King 8,226 votes
The Woman Who Died A Lot by Jasper Fforde 5,221 votes

Best Humor
Let’s Pretend This Never Happened by Jenny Lawson 13,066 votes
I Am A Pole (And So Can You!) by Stephen Colbert 4,984 votes

Middle Grade & Children’s
The Mark of Athena by Rick Riordan 16,681 votes
Diary of a Wimpy Kid: The Third Wheel by Jeff Kinney 7,912 votes

Picture Books
Olivia and the Fairy Princesses by Ian Falconer 7,699 votes
The Duckling Gets a Cookie!? by Mo Willems 6,971 votes