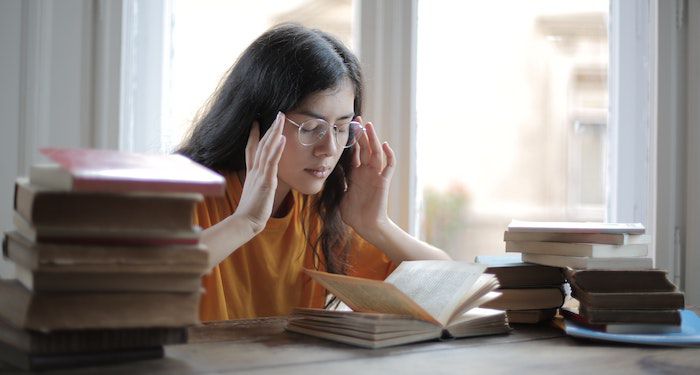 I recently started a review for Ace of Spades by Faridah Àbíké-Íyímídé by saying, “This is not a fantasy!” and then realized I’d also recently written in the review for Dead Dead Girls by Nekesa Afia “…this is not a cozy!” To be clear I meant zero shade to the fantasy genre and the cozy mystery genre, both of which I read and enjoy. The reason I started the reviews making that clear was that I’d found readers were incorrectly assuming the genres. Once I started paying attention I found that it’s been happening increasingly where a book’s genre, or category, is incorrectly assumed by readers.

And then I realized they all had something in common.

How did Ace of Spades end up with readers thinking it was a fantasy book instead of a YA mystery? I looked on Edelweiss and NetGalley (the sites where reviewers can acquire advanced reader copies) to see if maybe they accidentally started off (months before being published) with the incorrect tag. They did not. On Edelweiss the tags used were “Young Adult Fiction / Thrillers & Suspense” and on NetGalley the book’s tags were “Mystery & Thrillers | OwnVoices | Teens & YA”. Yet somehow more than 100 Goodreads users placed it on a fantasy bookshelf. Could it have been that previous to its publication readers saw the cover of the book and assumed fantasy? Does a playing card make people think of Alice’s Adventures in Wonderland?

When I wrote the article How I Know the Mystery Genre Is Still Leaving Out Marginalized Voices I discovered that Dead Dead Girls was listed as the first book on the Goodreads Cozy Mystery New Releases page when it in fact is not a cozy. Again, I don’t say that as a knock on the book, which is great, but the cozy mystery genre has rules (no graphic violence, no sex, no swearing on page) and Dead Dead Girls is a historical mystery with dark themes, a fictional serial killer, violence on page, and a scene with a little heat to the romance. Did readers see the illustrated cover and assume it had to be a cozy?

In good news it seems it has since been moved from the page. In not great news it seems the first three books on the recent cozy releases page are also not cozy mysteries: The Heart Principle, The Last Chance Library, and The Madness of Crowds. The first is a romance novel with sex scenes and themes of mental illness, not mystery. The second, is, according to the publisher’s page, “Women’s Fiction | Contemporary Romance”. The third, while a mystery, dives into eugenics and dark themes. I absolutely adore Helen Hoang and her books and recommend them all the time, but putting a cozy mystery label on them is so far from an accurate tag it would be like someone handing you a cup of water and telling you it’s Sprite. You can like both drinks but your brain is going to go “nope” and dislike that water as an immediate response because it wasn’t the Sprite you were expecting. The publishers page for The Heart Principle clearly labels it as “contemporary romance” and The Madness of Crowds publisher page simply lists “mystery”, not the cozy sub-genre. I am actually at a loss for how The Heart Principle and The Last Chance Library ended up on the main Goodreads page for cozy mysteries, but it once again does a disservice to readers who are not going to get what they are expecting.

Many of my examples are mystery books being wrongly labeled because I read a disproportionate amount of crime books for the Unusual Suspects newsletter. Speaking of which, you can also add The Inheritance Games as a book that is 100% mystery with zero fantasy that almost 500 users on Goodreads have labeled fantasy. But this is an across genres issues. Mya Nunnally dove into adult fantasy books being labeled as YA when women are the authors: There’s a Weird, Sexist Problem in Fantasy That We Need to Talk About. And Red, White & Royal Blue has the same amount of tags (thousands!) for YA and NA which do not mean the same thing. On the romance front, Annika Barranti Klein wrote about how illustrated covers are giving readers the idea that the book is more chick lit than steamy, many times a wrong assumption: Trending: Illustrated Romance Covers, Romcoms.

The further I dug into this, the more it looked like judging a book by its cover is leading to a whole lot of mislabeled genres and categories on Goodreads, many times starting before the book is even published. Do illustrated covers make many readers already assign feelings to it like that it must be set in a made up world (fantasy) or not as dark/graphic because something about it invokes cartoon? While I think there are instances where a publisher has conveyed the wrong tone of a book on the cover, none of these fit that. Nor the rare (but sometimes happens) case where the marketing behind the book is what creates the mislabeling, for example a slow burn suspense being marketed as a thriller.

I don’t have any solutions for this. Goodreads is not going to do anything to change labels, nor can they really, since users can create whatever shelves they’d like and we do not need a shelf police. I would hate to see a change in illustrations being popular when so many gorgeous covers exist. Most readers aren’t knowledgeable in the ins and outs of publishing, book marketing, or are going out of their way to look up all the info of a book before hitting “want to read.” And that sounds exhausting for anyone who has no interest beyond grabbing a book that speaks to them and sitting down to read it.

So is there a problem? Yes. Does it matter? Yes. In the case of the mislabeling stemming from sexism, that problem is glaringly obvious. On the lesser degree end of problems: It does a disservice to the reader, as books will be “punished” by readers who rate them poorly because they didn’t get what they wanted, and readers who will skip books altogether that they could have loved.