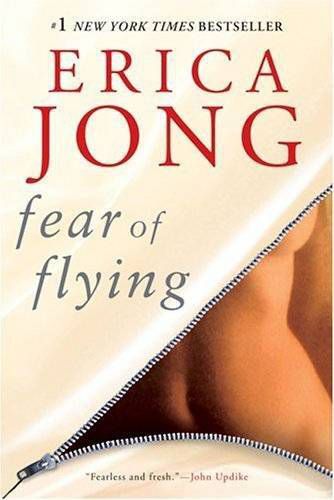 This is a guest post by Kayt Sukel. Kayt is a science and travel writer. Her first book, Dirty Minds: How Our Brains Influence Love, Sex and Relationships, was published in January 2012.

Each year, the Literary Review’s book editors rifle through the pages of our favorite books to pick their contenders for the Bad Sex Awards. It’s always a bright time of year for me—because so many of the picks are so horrific as to be unintentionally hilarious. I mean, where else might we find descriptive language including “moist meat,” and a penis as “soft as a coil of excrement”?  It’s almost too surreal to be believed. And it definitely gets in the way of really enjoying what might otherwise be a raunchy imaginary romp.

That’s no surprise. Our brains are primed for sex—one of the neuroscientists I interviewed as I researched Dirty Minds: How Our Brains Influence Love, Sex and Relationships even went so far as to say our brains are “fine-tuned” for it—so it makes sense that bad sex writing can re-direct all those pumping neuropeptides and just plain old get in the way. And so I say hail to good sex writing!  Kudos to the authors who can get us in the mood with just a few well-placed words. In honor of these most skilled wordsmiths, I offer my favorite sexy books:

Fear of Flying by Erica Jong.  Full disclosure—I’m still not entirely certain what a zipless fuck is despite Jong’s definition—and decades of explanations. But her sexual descriptions, fumbling yet real, make me feel like I’d be open to giving it a try.

Damage by Josephine Hart.  I’m not sure that a book has ever captured the desperation and craving that good sex elicits the way Hart does in Damage. And the sex scenes themselves?  They’ll have you requiring a little privacy.

The Gargoyle by Andrew Davidson. I’m cheating a bit on this one because, technically, there’s no sex in this book. But Davidson’s candid passages on desire had me captivated. The Protagonist and Marianne Engel may never get down and dirty—but many of the chapters got me in the mood to.

Exit to Eden by Anne Rice (writing as Anne Rampling). Though some may prefer the more detailed passages of the Sleeping Beauty trilogy (or the more understated of the Vampire Lestat), I thought Rice found some sexual balance in Eden, the place where no fantasy is taboo.

Rapture by Susan Minot.  They say that the brain is the biggest sexual organ—and you can’t deny the notion when you read Minot’s tale of lovers reuniting, described through one sexual act. It has a few awkward spots and, yet, it captures all the ways our brains both help and hurt our libidos.

Forever by Judy Blume. I know many, many people are turned off by some of the details in Forever (Ralph, anyone?) but I found Blume’s description of Katherine’s first sexual experience to not only be honest but quite hot. (But for those who appreciate Blume’s honesty but want to get away from the teen genre, Wifey is also pretty sexy.)

This list is by no means comprehensive—if anything, I had trouble narrowing it down.  What books do you think have the best sex writing?