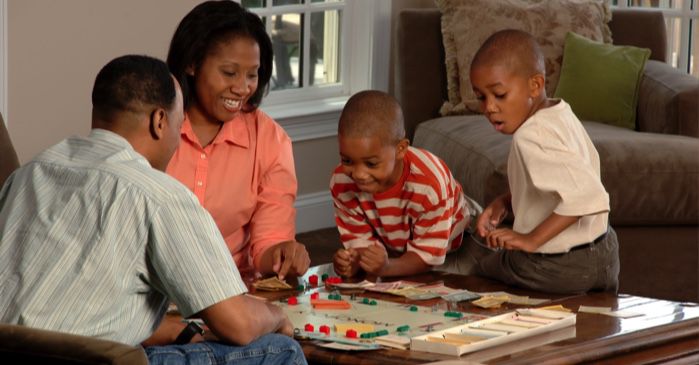 I grew up in a single parent household. My mom died when I was 8 years old, leaving my dad a relatively young widower. He wasn’t perfect (no parent really is) and he did need time to adjust to his now solo parental role. That is why we lived in Houston for a year with family members. But when he had adjusted and were living together again, he was very much present. I remember him being at every Orchestra concert for seven years and all the plays I was in, even the ones where I was just a background character.

Recently I found out that my sister did not share my experience. Upon hearing this, I felt a bit guilty about it. But, she went on to say she knew why he made the extra effort for me. My brother was in college when our mom died and my sister was 11. So, for the most part, whatever activities they were in, at least one parent, if not both, was always there. By the time it was my turn, it was just Dad. And he had to make that effort. My sister bears no ill will for this because now she gets it.

All of this is to say that, even if my dad didn’t know how to parent (and who really does) at least he was there. He wasn’t strict unless he had to be and then he had it in spades. He did the best he could with the hand life dealt him, and I will always be thankful for that.

Between having that as my experience growing up and being a parent myself, I’m very judgmental of parents in middle grade fiction nowadays. Let me preface by saying that I’m well aware of the sad reality that not everyone has one good parent, let alone two. I don’t want it to come across that I am looking at this with any misconception.

But, we read to break away from real world ugliness. It’s hard for me to read about bad parents in middle grade books because I feel that is such a formative period of time. People talk about high school a lot, but for me it was the middle grade years that helped to form me into the person I am now. It was rough for me, and my dad knew. And even if he didn’t know how to handle it, he tried.

The lack of parental presence is something that is talked about in YA a lot, often jokingly. And it does seem somewhat implausible that there would be no authority figures around for people at that age. But their presence is still equally as important in middle grade fiction, and I would argue it’s even more important to have them there.

That is one of the reasons that Brenna Thummler’s Sheets was hard for me to read. Overall, I enjoyed the story. The scenes with the dad were hard to read though. The way he completely shut down and left his teenage daughter in charge of their business, her brother, and all the household stuff because he couldn’t process his grief properly was infuriating on a lot of levels.

I understand that, much like my mom, his wife’s death was unforeseen. However, my dad had the foresight to know that he needed that processing time. And he was lucky enough to have family members to help him take it. That said, he wasn’t strong for his daughter, who was also grieving. Part of being a parent is being strong for your kids. I’m all for breaking down in private, but I believe you should show strength around your children.

Good and present parents are important in middle grade fiction. Sometimes, they can give young readers something to aspire to be if they don’t have that in their lives. It can also give them different perspectives if they feel their own parents are too strict. It can also show the unlimited love that they can have for their own children, if they choose to have them, in the future.

A good example of this is Pierre, the dad in The Jumbies. He and Corrine have a great relationship after the death of Corrine’s mother. This catches the interest of a jumbie who tries to insinuate herself into their small family unit. A good portion of the plot of this book is Corrine saving her dad from the jumbie, which resonated so much with me. I’ve always been wildly imaginative; it isn’t just something that I went through as a child. I remembered having daydreams of my own where I saved my dad from a big bad. Now I know that this was one of my own coping mechanisms with having suddenly lost a parent.

At the end, Corinne and Pierre are of course, reunited. You could tell Pierre’s love and pride for his daughter who faced the jumbie and came out the victor. Their bond was still secure. It really was a bit inspiring to read.

There is also the dad from Hurricane Child, which truthfully is a bit more complicated. It’s clear he cares for his daughter, but he doesn’t appear to be an overly emotional man. He really isn’t even that talkative. Caroline constantly questions where her mother is, which further complicates their relationship. I won’t divulge more than that since to do so borders on spoiler territory, but through a series of misadventures Caroline does find out. One of these adventures involves getting caught in a hurricane on her father’s boat. When she returns home, her father is relieved to see her alive and reveals the mystery behind her mom.

In that moment, she knows that even if he’s not super verbal about his love for her, it is there and present. I appreciated this personally since I’m not really a touchy person. Of course I comfort my son when he’s hurt or scared, but I’ve never been one for random and constant physical acts of affection. I still strive, like Caroline’s dad, to let him know that he is my world and that I will always be there for him.

In the Percy Jackson & the Olympians series, we have Sally Jackson, who is Percy’s mom. I feel she gets overlooked a lot, and that’s fair because in the stories, Percy is either at Camp Half-Blood or off on an adventure. We get to know her a bit in the first story. One of the many challenges Percy faces is his stepdad, Gabe. Bluntly put, he is a loud, annoying, disgusting jerk. Percy has no idea why she married him.

It’s a surprise to Percy and the reader to realize that Sally is well aware of this fact and that is why she picked him. His odiousness as a human masked Percy’s demi-god aura and kept the monsters away. So, here you have a woman who marries a jerk to save her child, which is not normally how it goes. Here is a woman who gave up potential happiness with a non-jerk of a man to protect her son. That speaks volumes.

Again, I know not everyone has caring parents. That fact is why I feel it is so important to have that present in the books directed towards our youth. It shows that there are good people in the world. And that, even if their own parents weren’t or aren’t people that they want to grow up to be like, they can still find examples of good parents in the bookish realm.