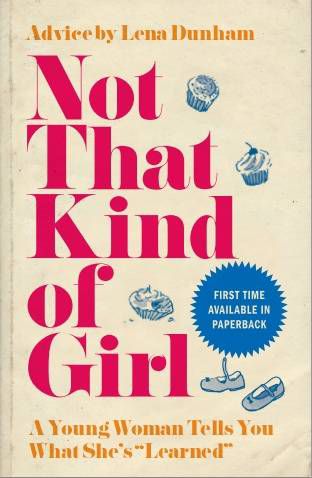 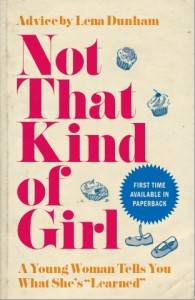 Earlier this week, my fellow Rioter Cassandra reported on Lena Dunham’s $3.5 million book deal, asked, “is it worth it?” and weighed in with a resounding “no.” A $3.5 million book deal is newsworthy no matter who the author is, and tongues are busily wagging about whether Dunham is qualified to write a book that is purportedly “advice,” whether she has enough of an audience to make book sales worth the publisher’s investment, and exactly how drunk the Random House executives were when they agreed to pay her so much for it.

The dissent–and it is mostly dissent out there–revolves around the questions, “What does she know?” and “Does it make financial sense?” So let’s talk about them.

What does Lena Dunham know? Well, she’s a 26-year-old woman with a creative writing degree from Oberlin who has written and produced her own films and now runs and stars in her own show (“Girls”) on HBO. That’s a hell of a lot more than many 26-year-olds, even well-connected ones, accomplish toward their artistic aspirations, so she’s gotta know something. Dunham has achieved some notable things, and I’m sure she’s learned some stuff along the way. She has some stories to tell, and I’m certainly curious about them. And I’m banking on her essay collection, if it really is less how-to and more like Tina Fey’s Bossypants, actually going somewhere and getting personal in a way that Fey failed to. (Come on, Bossypants was good, but it’s time to admit that it didn’t quite go there.)

Dunham is a storyteller by trade, and it’s bound to be interesting–and revealing, given her signature level of self-awareness–when she turns the lens on herself without a proxy character like “Girls”‘ Hannah Horvath to hide behind. I watched the first season of “Girls” and read extensive analysis and discussion about it, and I’ve followed Dunham on Twitter for several months now. I have a pretty good idea of what to expect from this book, and even though I didn’t love “Girls” (I didn’t hate it, either), and I don’t always agree with Dunham’s artistic choices or how she defends them, I respect her.

Lena Dunham takes risks. She lets her flaws show, and she responds to criticism. When viewers complained that “Girls” was too white, Dunham said she was taking steps to correct it. (We’ll see how this plays out in season 2.) She address sexuality unapologetically, and she appears nude on “Girls” despite the fact that her body does not conform to cultural standards of beauty. That shit takes real cojones. (Holy cats, do I wish there were a grrlpower equivalent of “cojones,” but I just refuse to say “that takes ovaries.”) Dunham is willing to show up and let herself be seen, rolls and neuroses and all. She is doing things that other young women in media are not even gutsy enough to think about. Yes, she’s trading in vulnerability-as-entertainment, but she’s doing it consciously, and she is her own subject. And what is a memoir if not an exercise in vulnerability-as-entertainment?

Now, is Lena Dunham’s book a good investment? I don’t know. I’m not a publishing executive, and I’m not going to pretend I know how and why this decision was made. Here’s what I do know: Every book deal is a question mark. Authors with single-digit advances become surprise bestsellers; million-dollar babies sometimes flop. Dunham is literary–she reads and talks about books online–and that gives me hope for her writing. We’re not going to know how Lena Dunham’s book sells until it sells. And let’s manage our expectations, kids. This book doesn’t have to be life-changing, it just has to be good.

Here’s what else I know: Dunham is highly visible to people who pay attention to pop culture. She has an established platform with her show, her social media presence (and no, I don’t expect all of her Twitter followers to buy her book), and her ability to get herself covered in other media outlets. And hello, she’s a 26-year-old who has already had significant success. You don’t get there without a solid work ethic. This is not Random House’s first rodeo–they know what they’re doing, and they must trust Dunham to get the job done.

I hope they’re right. I’m proud of Lena Dunham for being as young and successful as she is, and for enduring a shitstorm of criticism and unjustified rage that I doubt a man of the same age and accomplishments would have encountered. Good on you, Lena Dunham. Now it’s time to prove the haters wrong.