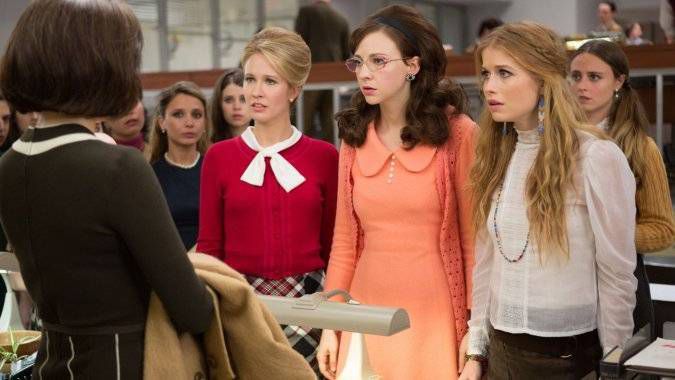 When Amazon released the pilot episode of The Good Girls Revolt last year, I crossed my fingers that it would get picked up for a full season. It did, and as soon as it was released, I binge-watched the entire thing. I have no regrets. The acting is stellar, the writing is smart, and the characters are memorable. Based on Lynn Povitch’s book with the same title, The Good Girls Revolt recounts Povitch’s employment at Newsweek (thinly veiled as News of the Week in the show) in the late 60s and early 70s. What at first appeared to be an exciting job for a young woman soon became a prime example of employment discrimination: women were not allowed to write for the magazine. Povich spearheaded the the first class action lawsuit by women journalists–and it inspired other women in the media to quickly do the same. Below is a GGR inspired reading list, designed to add context to the show, demonstrate how far the feminist movement has come, and how very far we still have to go. 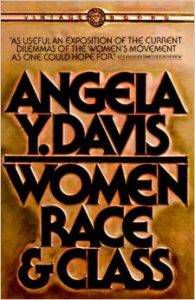 Every political and social movement must be understood in historical context. The women’s liberation movement wasn’t conceived out of thin air in the late 60s, early 70s, and who better to elucidate that context than the great Angela Davis. Race,  Women, and Class was published in 1983–-a little over 10 years from when the so-called “Good Girls” filed their lawsuit. It provides understanding not just about how those events came to be but also why we are still embroiled in many of the same conflicts for gender equality so many years later.

Crazy Salad and Scribble Scribble: Some Things About Women and Notes on Media by Nora Ephron

Ephron, played brilliantly by Grace Gummer, appears in only 6 of the seasons first 10 episodes but the impact she has on the women (and the show) is lasting. For Ephron’s own thoughts on women and the media, look no further than Crazy Salad and Scribble Scribble: Some Things About Women and Notes on the Media.

The Feminine Mystique by Betty Friedan 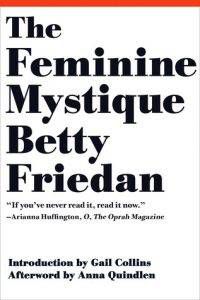 Many of us are familiar with her description women’s unhappiness in the 50s and 60s as “the problem that has no name” but what is perhaps less known is how the book came to be: Friedan initially tried to publish a piece about her findings in a magazine–-only no publication would take it. By 1970, she was well on her way to being one of the most important voices in second-wave feminism but her difficulty finding a magazine that considered her work relevant unintentionally foreshadowed challenges to come.

Feminist Theory: From Margin to Center by bell hooks
Also, all of bell hooks. 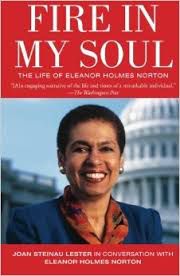 The TV depiction of how the so-called “Good Girls” began working with Eleanor Holmes Norton varies slightly from the real story (in the show, she approaches them at a consciousness- raising meeting; in truth, she was the third lawyer they women met with and the only one who would take their case). What is consistent between the two narratives, is the instrumental role Eleanor Holmes Norton played in the Newsweek (or News of the Week) lawsuit. Fire in My Soul documents the illustrious life of Holmes Norton, from her days at the ACLU to her achievements as a Congresswoman. 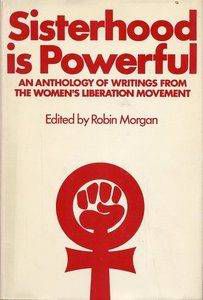 A revised and updated version of the 1970 collection of essays was released in 2003, it’s worth taking a look at the original version. With essays by Eleanor Holmes Norton and Frances M. Beal, as well as the N.O.W. Bill of Rights, it’s easy to see why the American Library Association included the anthology on their list of “The 100 Most Influential Books of the Twentieth Century.”

The Good Girls Revolt: How the Women of Newsweek Sued their Bosses and Changed the Workplace by Lynn Povich

Watch the show first, then check out the story as it really happened. Or vice-versa. 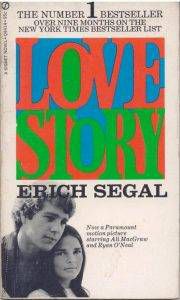 The story of Oliver and Jennifer appears several times in Season One of GGR. It’s 1970 and all the ladies are reading it. The iconic novel tells the story of two young college students who fall madly in love with each other, only to be torn apart by tragedy. The book was wildly popular–-a 1971 Gallup poll suggested that one in every five Americans had read it; the women in The Good Girls Revolt are no exception. The novel is as much a part of the fabric of the 70s as the long paisley dresses and shag carpets. Yes, a few main characters are reading and talking about it but it’s part of the background as well: peripheral characters read it while waiting at bars or tuck a copy into their nightstands. Fun fact: Some had speculated that a young Al Gore was the inspiration for the book’s male protagonist but the muse was actually Gore’s college roommate, Tommy Lee Jones. Segal was on sabbatical at Harvard when he met the roommates. (Can someone please write a Love Story between college roommates Al Gore and Tommy Lee Jones?)

The Black Panthers: Portrait of an Unfinished Revolution edited by Brian Shih and Yohuru Williams 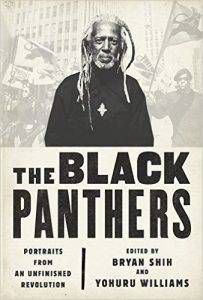 The Women’s Liberation Movement certainly wasn’t the only civil rights issue taking the stage in the late 60s and early 70s. The Black Panthers were a source of significant controversy as they attempted to highlight the systematic racism facing Black Americans. The Panthers are a peripheral storyline in GGR, one of the reporters at News of the Week attempts to write a story about The Panthers but, having little understanding of the realities of discrimination, kind of misses the point. For a much more nuanced and insightful portrayal of The Black Panthers, check out this book.