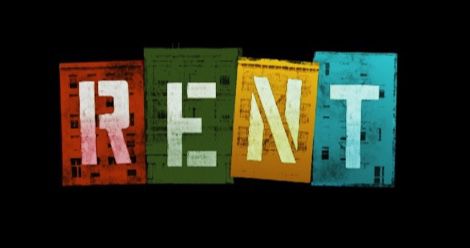 Fox aired a “live show” of Rent on Sunday, January 27. At least, that was the plan. Roger’s actor Brennin Hunt broke his leg, and he didn’t have an understudy. Fox decided to release the dress rehearsal, which cameras had taped the previous day, while the audience that showed up for the show got a live concert with Hunt singing. Hunt was a good sport, performing while using a wheelchair and staying in character.

People didn’t like the choice, and made their opinion clear. They would have preferred an understudy so that the show could go on, as the saying goes, or to see the live concert. Viewers asked why they couldn’t see the raw, passionate emotional music and the breakdown into giggles. They compared the event to when the show’s creator Jonathan Larson died before his show premiered in 1996, and the cast decided to simply do a read-through and song concert for Larson’s family.

I will say, what I saw of Rent on Sunday was fun and enjoyable. Jordan Fisher portrayed an endearing Mark who knows he’s flawed and seems to worry that he’s just making art for the sake of making art. We got some rocking choreography, and a sense of fun.

Rent is a seductive work that prioritizes the concept of making art over protesting or acting to improve one’s life situation. It follows a group of friends who are filming, composing, or teaching in the middle of the 1980s–’90s AIDS crisis, when the Reagan government decided to take the homophobic blind eye route. Mark, first played by the brilliant Anthony Rapp, starts filming his friends’ lives—Roger laments not living long enough to write one last song; Joanne and Maureen dance around how Maureen doesn’t want the straight-laced commitment that her girlfriend offers; a dancer named Mimi wants to date Roger but knows he doesn’t like her junkie habits; Professor Collins starts a relationship with a street drummer named Angel—as AIDS and death creep closer. Their landlord Benny promised them one free year of rent but has to backtrack and demands they work together.

Showing A Glamorous Time and Ignoring the Tragedy

As Lindsay Ellis discusses in her video essay on Rent, the musical overlooks the fight for AIDS activists to prevent the pandemic in the 1980s, while alluding to an abstract revolution. Most of the characters with AIDs are people of color, but Mark our cameraman is a white dude without the disease and decides to chronicle it as a means of coping with losing his friends. (I like Mark, actually.)

In all honesty, the concern is that Rent provides an inaccurate picture of what life was actually like for people living with AIDS at the time, and fighting for better treatment. Alexander Chee, in his memoir How to Write an Autobiographical Novel: Essays, talks about going to marches, facing the risk of arrest or police assault, and how there was nothing to do but march because otherwise people wouldn’t listen. There wasn’t a choice but to stand up and fight.

Then we have the dilemma Mark brings up in the play: is he really chronicling his friends as a tribute, or is he just exploiting their pain for an intrinsic artistic value? He and Roger are proudly not speaking to their parents, who call frequently and leave worried voicemails; they could easily move back home, no questions asked, and develop their art in a less stressful environment.

Giving Us A Way to Cope with Pain

On the other hand, Rent accurately nails the pain of succumbing to disease, the fear of death. “Will I?” is a song in round, where multiple people ask if they “will lose [their] dignity, will someone care?” When characters die, we feel the weight. The whole cast makes a temporary truce with Benny, their landlord and primary antagonist, who agrees to pay for Angel’s funeral and for Mimi’s rehab.

When I listen to the songs, I think about my dad, and my reasons for writing or creating. My dad died from cancer, but the loss is still there. I have memories of how frail he became, and how he shaved his hair because of the chemotherapy. And I question if I want to tell stories just for the fun of it, and if I ever step out of my lane.

Anthony Rapp, in his memoir Without You: A Memoir of Love, Loss, and the Musical Rent, understood the power. Rent was his first big break, and he mentions performing in the play while his mother became ill, and when he struggled to extricate himself from an abusive relationship. The lyrics struck a chord as his mother got to see one performance where he gave it his all as Mark.

Rapp was also someone who initiated that the concert tribute to Larson became the full show. In “La Vie Boheme,” Mark jumps on a restaurant table to start the song and engage the crowd. Rapp decided that the song’s energy couldn’t lend itself to merely singing, and so he jumped on the table. The cast followed suit.

Ways to Share the Good and Bad, and Pay for the Dead

Twitter reached a consensus Sunday that if you know Rent‘s problematic issues, then it should be fine to watch the show and enjoy the music. As long as we remember the dead, then we can celebrate the living and the performing.

For what it’s worth, we can take something problematic and turn it to a force of good. Rapp performed a loving parody of “La Vie Boheme” at Leaky Con in 2013, which included a plug for the Esther Earl Charity Ball at the convention. You can tell he had fun dressing up as a Time Lord.

Engaging with art shows what kind of person we are. As long as we go in with both eyes open and knowing context, then we aren’t terrible people. I imagine most of us will be paying rent this year.