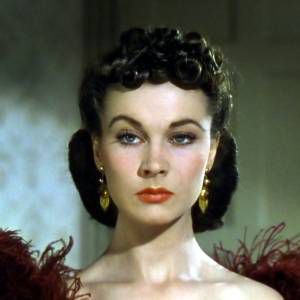 When I was a little girl, Gone With The Wind was one of my favorite movies. In middle school, it was one of my favorite books. (I also enjoyed the look on people’s faces when they realized yes, I had read that behemoth of a novel at my age.) Even today, if I’m flipping through the channels on television and it’s on, I will stop and watch it. As I’ve gotten older, I pick up on more nuances in the movie. This year, the movie turns 75, while the book is 78 years old.

Is there racism in GWTW? Yes. I’m not denying that. For this post, though, I want to look at Scarlett.

I am a born and bred Northerner, and when I moved to the South (North Carolina) for grad school, I assumed I would hate it. I had fixed stereotypes in my head, and though some were not altogether unfounded, I was pleasantly surprised. I should note, though, that I was not in a town that is typical of the rest of the state. Chapel Hill is a blue town in a mostly red state. I ended up staying after school ended, and the South has wedged itself into my heart in a way no other place has. I would often talk with native North Carolinians about their views on the Civil War, aka the War Between the States (or as one person described it to me, “The War of Northern Aggression”), and heard stories of their own conflicting opinions and legacies of family members killed in the war.

It is said that Mitchell first named Scarlett

“Pansy,” and it’s hard to imagine her as such. Katie Scarlett O’Hara, usually just called Scarlett, isn’t always a likable character, especially in the beginning. Which is interesting, since all these years later, we still judge “unlikable” female protagonists (read Roxane Gay’s wonderful essay on this). She is immature, unaware, self-absorbed, and selfish. But she also feels constrained by societal expectations and hates the role she is expected to play as a woman. As time goes on, she surprises us — when she returns to Tara, which has been practically destroyed, she has to learn how to fend for herself and take care of necessary business matters. The relationship between Scarlett and Rhett Butler has always been questionable, especially from a feminist viewpoint, and I’m not sure what to make of it, even today. That’s its own discussion.

Scarlett stirs up a mix of conflicting and complex emotions, which is why it’s so fascinating to discuss her with others. Some people love her, some hate her, some admire her (or all of the above). I would venture to say Mitchell was ahead of her time in creating a character like her — subtly rebelling against “being a lady,” having children but not transforming into a stereotypically motherly figure and refusing to be defined by that role, and even daring to make her unlikable.

This, I think, is what makes the novel so rich and layered. Each character can be examined and discussed, because there is so much there in the story. Mammy, Prissy, Melanie, Rhett, Ashley — each one could be its own post. Whether you love or hate GWTW, it has endured for more than 75 years. It spurs discussion about race, society, the War Between the States, and more. And isn’t that the sign of a good book — or art? Work that makes you think and talk, even if you don’t agree with it or even like it?