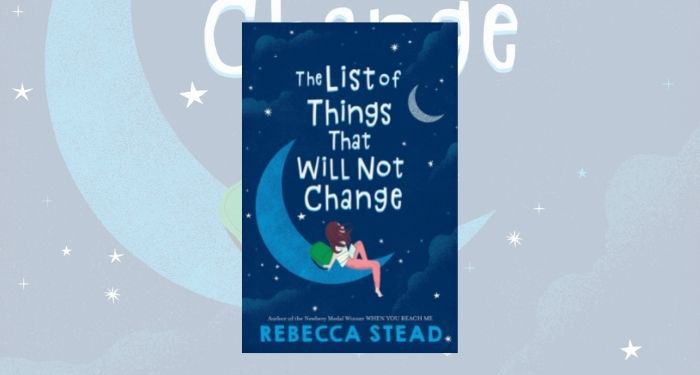 Earlier this fall, YA author Eliot Schrefer withdrew from the Plum Creek Literacy Festival, to be held at Concordia University in Seward, Nebraska. The University, affiliated with the Lutheran Church—Missouri Synod, has a strong anti-LGBTQ stance, as outlined in their code of conduct, which Schrefer shared when he realized his new queer-themed YA book was not being made available for purchase at the festival.

The festival, which saw numerous authors also withdraw following Schrefer’s decision, was canceled. The cancelation did not come until after the organizers and host institution pushed back against the accusations of quiet censorship and homophobia. The festival’s Twitter account sought sympathy for the decision, stating they valued the feedback from authors and that they were “sorry for the thousands of children who will not experience this year’s events.”

While this was happening in one corner of the state, quiet censorship was also taking hold during discussions to select the 2022–2023 Golden Sower Award nominees. The Golden Sower Awards honor children’s literature in the categories of picture books, chapter books, and novels. These lists, like others throughout the country, are used widely by schools and libraries in collections and classrooms. Librarians and educators can volunteer to be readers for the Golden Sowers award. They suggest and discuss books throughout the year, then vote on which books should become nominees. These initial reader volunteers are invited to attend the annual selection meetings (with a Zoom option due to COVID). The nominee lists are set during these meetings, pending availability check with the publishers. This check is the only criteria for removing a book from the nomination list — if a publisher can’t ensure enough copies for purchase, it won’t be included since it’s hard to access.

An annual award is bestowed upon one of the books in each category of nominees, and that voting is open to students throughout the state. Eligibility to vote requires a student reader to have read the entirety of four books in a single category; the books which receive the most votes win.

This year, during initial discussions of titles considered for chapter book nomination by adult volunteers, disagreement began over a title. One volunteer objected to a title because it portrayed a gay dad. The List of Things That Will Not Change by Rebecca Stead follows young Bea as she worries about the addition of a new stepfather and stepsister in her life, even though she’s excited about the prospect of both. The objector heard feedback from the rest of the committee, who felt this book was a vital title to consider, especially for Nebraskan children whose parents are in LGBTQ relationships and for those who deserve to see the different ways a family can look.

The book continued forward in discussion, and on August 7, during the selection meeting to determine the nominee list and ensure it was well-rounded in genre and diversity, the same objector raised concerns again. Other adult readers were enthusiastic about Stead’s title and determined that it deserved a place on the list. The individual who had concerns left the meeting early.

She then went onto Facebook and posted about the book in a group called Protect Nebraska Children, an organization opposed to critical race theory, LGBTQ people and protection, masks, vaccines, and more. The post, which is only viewable to those in the group, sparked immediate response from within.

Two days later, that reader posted again in that same group, stating the book had been pulled from the list. She invited members of the group to take part in the Golden Sower reading group.

Between August 9 and the end of August, while publisher availability was being confirmed, one of the volunteers who was working on the accompanying manual for the Golden Sower Awards was contacted about working on an alternate title entry. This manual is used by schools and libraries across the state to plan programming, reading discussions, and activities around the books on the nominee list. The List of Things That Will Not Change was no longer on the list of nominees.

A series of email exchanges ensued among the volunteer, the individual in charge of the manual, and the committee chair of the Golden Sower Awards. The committee chair, Kathy Schultz, was asked if the book was pulled because of its LGBTQ representation, to which she responded:

“The Golden Sower Committee has the final say on which titles are on the lists no matter what happens at the reader discussion meetings. The Golden Sower Award is for all of the schools in Nebraska, public and parochial. We have always respected the idea that we do not want to put titles on that would be something that our parochial schools could not support. We also do not put on things like Christmas stories because the public schools cannot use them. We don’t censor books — they are good to have in the library. However, we have always tried to be sensitive to all of our schools and provide titles that can be shared by all of them.” She added that the post in the Nebraska Children’s group brought about a strong reaction, as well as noted a draft of the new health education standards for the state was causing concern across the state.

This new set of standards would require use of appropriate anatomical body parts, promotion of safe sex practices, understanding of varying appearance of genitalia, as well as discuss LGBTQ individuals health and wellness. The initial draft set off a fervor of response, leading the Nebraska Department of Education to redraft, removing much of the scientific-based information that didn’t align with conservative agenda, nor the agenda of the state’s governor.

Schultz continued that, “Our goal is not to place our teachers and librarians in an uncomfortable position at their schools and with their students and families. Yes, they could present a list of nine titles to their students if they wish, but they would
also be put in the position of explaining why.”

In other words, the book was removed and replaced quietly, so that not only would the list look like there’d been no problems but also so teachers and educators wouldn’t have to talk about why a title was removed.

Nominee lists for the Golden Sower awards posted on September 2, and reader volunteers who’d worked to select the titles on the lists were unaware that Stead’s title had been replaced. It wasn’t until September 10 when Schultz addressed the situation in an email written by another member of the Golden Sower Committee, Michelle Bullock:

Well written books that address issues our children are dealing with are So Very Important. As librarians, it is our responsibility to make sure these books are accessible. We need to get them into the hands of children that will not only appreciate them but be better for them. If your community will benefit, put up a display. Put them front and center. If your community is more conservative, have the titles in your collection so those who want them can read them. With that said, we don’t believe the Golden Sower is the right platform for them. There are so many kids who pride themselves on reading all of the books in a category. There are teachers and librarians who coordinate discussions and book groups around the GS nominees. We can’t, with good conscience, require children to read something that may be out of bounds for them or against the beliefs of their parents or caregivers. We can’t present nine books because one of the children in our book club comes from a conservative household. Our agendas don’t matter. We need to be advocates for those who may not know how to advocate for themselves but the Golden Sower is not the place to do that.

In other words, by not talking about it, no one has to talk about it, and by just having it and being quiet about having Stead’s book, the job is done good enough.

This is textbook quiet censorship.

Children across the state are required only to read four books to participate in voting. Chances are good that children who pride themselves on reading ten books are the perfect readers — along with every other reader — to be exposed to a book like Stead’s.

A few days after this email, the Golden Sower committee changed course again. This email came in the days following the fallout of the Plum Creek Literary Festival and the nationwide spotlight on the hosting institution’s homophobia. Likewise, the Nebraska Library Association and their Intellectual Freedom Round Table had been made aware of the removal and replacement of the Stead novel.

The new email, as well as a post to the Golden Sower Facebook page, noted that “due to unforeseen circumstances, there are 11 chapter book nominations, instead of the usual 10.” The attached updated list included Stead’s book.

Two days later, the Nebraska Library Association put out a statement that the book would be returned to the list, the alternate title used to replace it would also stay, and that their organization does not condone censorship. The substitution, it turns out, was made without any consultation of the full Golden Sower group.

It wasn’t until October 8 the full slate of Golden Sower readers were contacted about the 11 chapter book nominations, in an email. That email did not include the reasons Stead’s book was initially pulled nor why the decision was made to include eleven titles.

What makes this particular story important isn’t just the quiet censorship. It’s a call to how processes and procedures are codified within an organization. For the Golden Sowers, nomination and selection details are vague. Volunteer are told to keep age appropriateness in mind, as well as to read the books through a child’s eyes. This is about as inclusive as possible. However, the problem is that without strict guidelines there is a wide open opportunity to pursue an agenda. In the case of one reader this year, homophobia played a role in objecting to a single title, and more, their decision to share this conversation with a political organization only further fueled the desire of the organization to silence what was happening. If reading through the eyes of a child, is the consideration a single child or children more broadly?

The Golden Sowers announced that they’re reviewing their selection criteria and updating them. This is an appropriate response, but given the manner in which they fumbled and avoided the real issue here — bigotry and silent censorship — time will tell whether or not the new rules will simply codify censorship by focusing on books “usable” by all institutions public and private, rather than the children themselves.

Are you a Nebraska resident or care about censorship? Here’s what you can do to help combat attacks on intellectual freedom across the country.