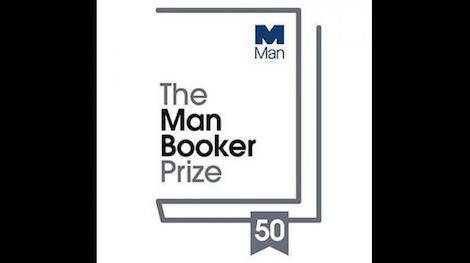 Love the Man Booker Prize? You might be excited to learn that you can vote for your choice for winner of the Golden Man Booker Prize, a one-off prize created to celebrate the Booker’s 50th anniversary. The shortlist is now available and voting is open until June 25th. The winner will be announced on July 8th.

Five judges were chosen and each assigned a decade of the prize’s history. Their task was to pick the best Man Booker Prize winner from their assigned decade and make a case for why it should win. The overall winner is decided through the voting process open to the public. Here is the shortlist and the judges who chose it:

My first thought about this list is that it’s odd to have Lincoln in the Bardo on a list that is supposed to showcase the books that have “best stood the test of time,” according to the Booker website. Lincoln in the Bardo is just over a year old! But this can happen when the ground rules specify that the list will include one book from each decade.

My second thought is that the idea behind the Golden Man Booker Prize is both fun and extremely silly. I am a fan of celebrating books through prizes, and it’s enjoyable to watch the judging process and then get to vote on the final result. Having judges select a shortlist and then allowing the public to vote is not a bad way of deciding a prize; it’s a nice combination of “expert” and “regular reader” involvement.

The idea of picking the best work of fiction and especially the work that has best stood the test of time in this manner is the silly part. All prizes are arbitrary to a certain extent, and this process is particularly so: it takes the highly subjective process of choosing the “best” book of each year and compounds it by using only those “best” books of the year as the pool from which to choose the shortlist. Many of the Booker winners, especially from the early decades, are not discussed much now (The Elected Member by Bernice Rubens from 1970? Holiday by Stanley Middleton from 1974?), and many of the books we do remember from those decades were not winners. Not all fiction is eligible for the prize: up until a few years ago, for example, U.S. writers could not win. Specifying that one book from each decade be on the list is another arbitrary rule that can skew the results if the “best” is the goal.

That said, if the real goal of the prize is to celebrate the Booker and to showcase some of the best winners, this process makes more sense. It also makes the final results less interesting.

But it’s all in good fun, I suppose. I’m pleased to see that the line-up of judges is diverse, and the shortlist has two writers of color and is 40% women. Which one will you vote for?

Check out more coverage of the Man Booker Prize here.