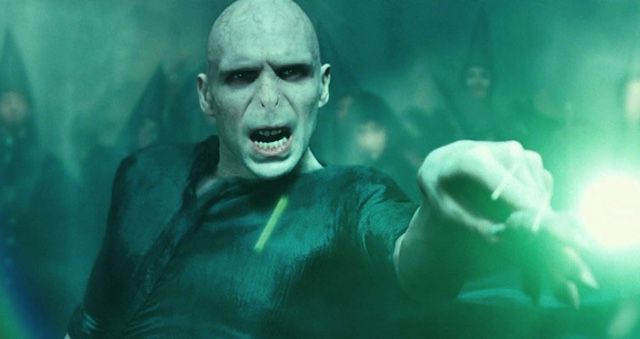 When we heard the news that Lord Voldemort was convening the forces of darkness from a requisitioned room in Hogwarts, we were immediately wary. We knew how purist wizards would react: by demanding that we immediately go after him, as though that’s proven anything but futile in the past. The most gung-ho among us have been wanting to confront Voldemort since he interrupted the Quidditch World Cup, and they only got louder when he ordered that student killed in the middle of a graveyard.  Now that proof of his evil and imminent plans has redoubled, we were certain that they’d start yelling for justice again.

And we were right: built upon the vast body of evidence of the Dark Lord’s misdeeds, some foolhardy wizards have proposed a legally sound, precedented method for pursuing his eternal ouster. We direct this appeal to those wizards: don’t do it. It will only embolden the Death Eaters and further weaken the forces of good.

As Hogwarts alums, we know how important appearances are to some, but we encourage proceeding with extreme care. We cannot achieve wins for goodness simply by confronting darkness at every opportunity. Caution is advised; it is our only hope. Sure, we’re watching as High Inquisitor Umbridge disposes of our allies at every opportunity, no matter how weak her justifications, but this, too, shall pass. We just need to be patient. And yes, Voldemort did possess a Hogwarts student against her will, but Dark Lords will be Dark Lords—there’s no changing someone’s fundamental makeup, and we have bigger battles to fight.

We, too, have watched with concern as evidence piles up that Voldemort is planning something terrible. His attempt to steal the Sorcerer’s Stone did indeed suggest that he was pursuing immortality, and we admit that the thought of dealing with him forever is terrifying. It’s easier if we presume that the rules of old will prevail, and that we’ll only have to weather him for another year and a half—five and a half, tops. Certainly he’ll respect our institutions enough to fade into the background after that. Even descendants of Salazar Slytherin who won’t stop talking about their pure blood, and how their families founded this school, have to give up their sense of entitlement at some point, right?

And we admit that Voldemort’s obsession with pure blood and ridding the wizarding world of Muggles gives us pause. It’s concerning language, and we’ve been disturbed to watch Muggle after Muggle dragged from safety, caged, and in some cases, killed. But WE’RE not Muggles, YOU’RE not a Muggle, and how far can he really take this cleansing? Surely someone will step in so that we don’t have to. Death Eaters have consciences, too, we’re sure: we just have to appeal to them in a more compelling way, in a way that watching a Muggle die before their eyes doesn’t manage to accomplish.

We encourage you to consider how persuasive some have found the columns of Rita Skeeter, who—propagandist or not—has a following that cannot be denied. Every time she attacks our leadership, we lose ground. We won’t regain it by fighting back. Yes, with this latest revelation, we have every single one of Voldemort’s horcruxes within our grasp, but it would be such a mistake to crush them just because we can. Think of how the Ritas of the world will spin it; think of how much less sympathetic to our cause the Death Eaters will be inclined to be.

We’re perched on the edge of a precipice, friends and allies. The worst thing we could possibly do now would be to challenge the forces that have pushed us there. Batten down the hatches, hope against hope, and for Hogwarts’ sake, don’t make the mistake of using the powers we have at our disposal to fight back. It can only end badly.

Convened Representatives of the House of Hufflepuff