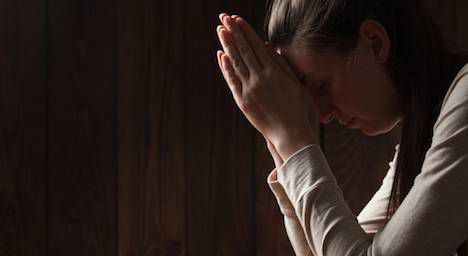 This is a guest post from Shaun Manning. Shaun is a writer and publishing pro living in Ann Arbor with his wife, daughter, and cat, all of whom have eclectic tastes in reading. He holds a master’s degree in creative writing from the University of Glasgow, where he won a bottle of whiskey for a public reading. Shaun is the author of three graphic novels and assorted short stories in several media—perhaps you heard him on Radio 4, but probably not. Follow him on Twitter @FasterthanShaun.

It seems pretty unlikely that my wife will ever let me live down wearing that WWJD bracelet my senior year of high school. That period of about six months in 1997–98 was the only time I could really be called a Believer, a Person of Faith, a Christian. But religion itself, the story of God or gods and how belief influences people’s lives—that is a lifelong fascination. The first stories that truly sucked me in were the legends of mischievous Greek gods, and the stoic horror of their Egyptian counterparts. As I grew older, I experimented with the Protestant faith of my family, and in college I read most of the Bible in a series of literature courses. As an author, my fiction frequently touches on religious themes, whether in comics or prose.

There are so many angles; there is so much to unpack. 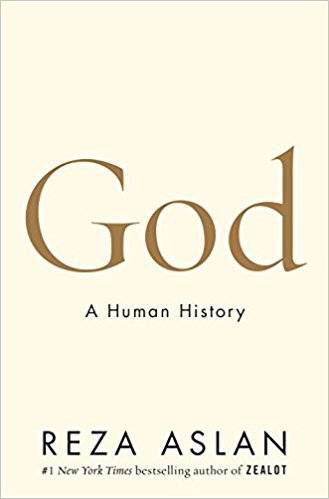 So Reza Aslan’s upcoming book God: A Human History ticks a lot of boxes for me. Aslan, who is Muslim but relates in his book previous tinkerings with Christianity and atheism, is an incredibly gifted scholar, writer, and television presenter, working in exactly the sort of perspective that gets me excited. His previous book, Zealot, piecing together a story of the historical Jesus, is one I find myself paraphrasing and referring back to pretty frequently. In God, he’s looking at how monotheism developed and achieved dominance after any number of false starts throughout history, debunking along the way popularly held beliefs about cave art, the origins of agriculture, and more. It’s a brief book, not much more than a hundred and thirty pages before you get to the end notes, but in that span Aslan covers basically the whole of human history.

It’s light, by necessity and by  design—anybody can read this, and everybody should be able to find something new and interesting. If you want to dig deeper, that’s what the endnotes and bibliography are for!

Aslan begins from the idea that humans have a “deep-seated need to experience the divine as a reflection of ourselves.” God did not so much create man in his own image as man created, or at least expressed, God in terms that made sense to how humans interpreted the world. Thus, to use Aslan’s example, Eve—the author’s representative of early human women—seeing out of the corner of her eye a tree that resembles a person, first startles at the possibility of a predator or rival tribe and, finally realizing that it is just a tree, comes to personify the natural world. She tells Adam (any early man) about this event, and a system of belief is born.

From here, Aslan posits how his Adam and Eve created cave paintings “not to paint the world they know,” but instead “to imagine the world that exists beyond here.” His argument is compelling, if unverifiable; in Aslan’s view, early humans “did not so much draw pictures of bison and bears on the rock as they release those pictures from it.” This is supported by the placement of particular types of art upon the stone canvas, as well as the images themselves. “The cave becomes a mythogram; it is meant to be read, the way one reads scripture.” Aslan guides us through the caves, designed in such a way that, in the author’s view, they could be nothing but sanctuaries and places of worship. It’s giddy-making stuff, even if none of it can be conclusively proven.

And on and on. Aslan’s discussion of how the singular Jewish and Christian god emerged from at least two earlier known deities—and the artifacts within the Bible we know that attest to this—is riveting for folks who care about how we come to believe the things that we believe.

There is the question, though: is this sort of knowledge damaging to faith, or does it at least alter how a believer would come to worship? Quite honestly, if I had been a Christian when I read Zealot, I struggle to imagine how I could have continued to be one after. It’s not that it disproves Christ’s sacrifice, his divinity, or the existence of the Lord our God. But by contextualizing Jesus’ words, it presents some uncomfortable questions about the life of the savior and the stories that became his legend in death. Likewise, God has very little to say about whether Yahweh, or Allah, or Brahma, is in fact watching over us all from on high. But what does it mean for Christians, who—after dire schisms on the very topic—have been told for more than 1500 years that “God is one,” to learn that their canonical stories draw from two distinct gods, Yahweh and El? What does it mean to reopen questions about the Holy Trinity? When Aslan comes down in the corner of Sufism, that “nothing can come into existence that isn’t also God,” are other Muslims convinced?

For people like me, the question is easy: is reading a book that is really interesting, seemingly tailored exactly to your interests, worth it? Answer: yes. But for people of faith, I wonder. It seems to me that, if you’re staking your immortal soul on a belief system, you would want to interrogate it as thoroughly as possible—not to disprove it, but simply to know what you believe and why. But if, on the other hand, we are to accept that there is a Divine Plan, that however the systems of belief that we know as Judaism, Christianity, and Islam, came to be, that it was all in line with a singular and indivisible God’s design, then possibly knowing the hows and whys is less essential, less urgent.

Or perhaps it presents simply a different reading: isn’t it interesting how the creator led His people through animism, to polytheism, through to knowing God as El or Yahweh, before finally revealing Himself?

I’m a long way from wearing WWJD bracelets, though I remain somewhat uncomfortable discussing what exactly I do believe. For me, knowing the origins of Christianity and its road to preeminence, not just from Aslan but from other reading, is enough for me to conclusively say, no, that’s not where I am. But there is something, which Aslan identifies as “an innate sense—untaught, unforced, unprompted—that we are more than just our physical bodies,” that keeps me engaged in the question, that continues to fascinate me about the things that people belief and how that belief shapes their lives. I want to know more, I want to explore it through writing, I want to understand what it means to dedicate your life toward a set of principles and parables prescribed thousands of years before.

Why God? Why faith? Let’s find out.