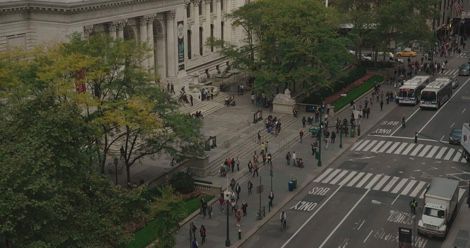 We’re giving away a six month subscription to the kid lit subscription box OwlCrate Jr. Click here to enter, or click the image below:

Frederick Wiseman’s film, Ex Libris – The New York Public Library, goes behind the scenes of one of the greatest knowledge institutions in the world and reveals it as a place of welcome, cultural exchange and learning. With 92 branches throughout Manhattan, the Bronx and Staten Island, the library is a resource for all the inhabitants of this multifaceted and cosmopolitan city, and beyond.

Check it out on PBS.

Many of the feuds and daily clashes have been well documented, but the picture painted by Trump’s confidants, senior staff and Cabinet officials reveal that many of them see an even more alarming situation — worse than previously known or understood. Woodward offers a devastating portrait of a dysfunctional Trump White House, detailing how senior aides — both current and former Trump administration officials — grew exasperated with the President and increasingly worried about his erratic behavior, ignorance and penchant for lying.

A new book is out from journalist Bob Woodward (of Woodward and Bernstein).

Film star Henry Cavill will be returning to the small screen by way of The Witcher, Netflix’s TV-series adaptation of Andrzej Sapkowski’s fantasy novels, TVLine has learned.

Described as an “epic tale of fate and family,” the streaming service’s Witcher series follows Geralt of Rivia (Cavill), a solitary monster hunter who struggles to find his place in a world where people often prove more wicked than beasts.