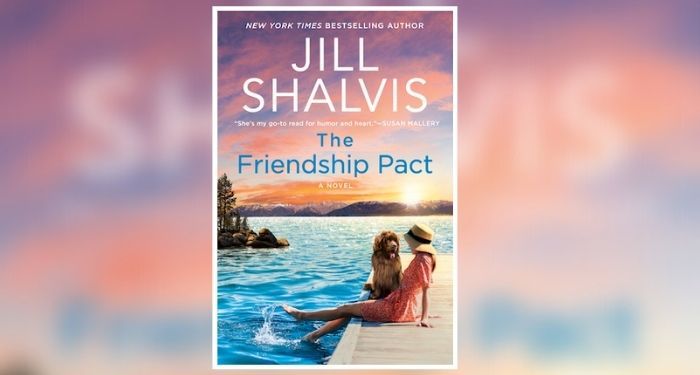 Win an Advance Reader Copy of THE FRIENDSHIP PACT by Jill Shalvis!

This giveaway is sponsored by Avon Books.

Alone in the world, Tae Holmes and her mother April pretty much raised each other, but as Tae starts asking questions about the father she’s never met, April, for the first time in her life, goes silent. To make matters worse, Tae soon finds herself face-to-face with Riggs Copeland. She hasn’t seen the former Marine since their brief fling in high school, and while still intensely drawn to him, she likes her past burned and buried, thank you very much. Hence their friendship pact.
But when April oddly refuses to help Tae track down her father, it’s Riggs who unexpectedly comes to her aid. On a hunt to unlock the past, the two of them find themselves on a wild ride and learn a shocking truth, while also reluctantly bonding in a way neither had seen coming.

We’re giving away three Advance Reader Copies of The Friendship Pact by Jill Shalvis, plus three copies of book one in The Sunrise Cove series, The Family You Make by Jill Shalvis, to three lucky Riot readers! This sweepstakes is open to residents of the United States (excluding Puerto Rico and all other US territories). Entries will be accepted until 11:45pm, May 9, 2022. Winner will be randomly selected. Complete rules and eligibility requirements available here.