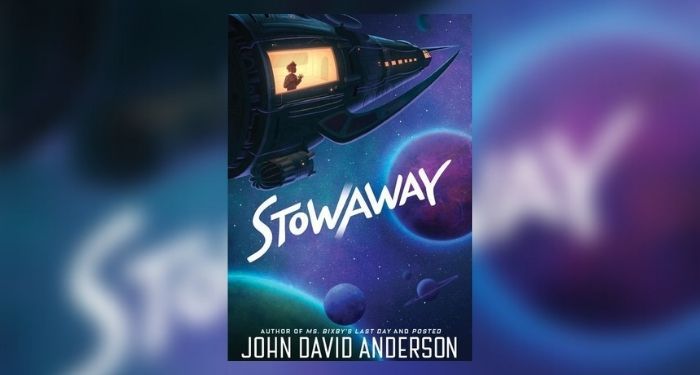 Win a Copy of STOWAWAY by John David Anderson!

When scientists discover a rare and mysterious mineral in the Earth’s crust, they have no idea that it happens to be a material so precious that alien forces are willing to start a war over it.

Soon, Leo and his family decide it’s best for them to leave Earth behind. But when their ship is attacked and Leo’s father is kidnapped, Leo and his brother find themselves stranded in space. Now the only chance they have is for Leo to stow away on a ship of mercenary space pirates to help him find his father…and maybe even help save Earth.

We’re giving away five copies of Stowaway by John David Anderson to five lucky Riot readers! This sweepstakes is open to residents of the United States (excluding Puerto Rico and all other US territories). Entries will be accepted until 11:45pm, August 11, 2021. Winner will be randomly selected. Complete rules and eligibility requirements available here.