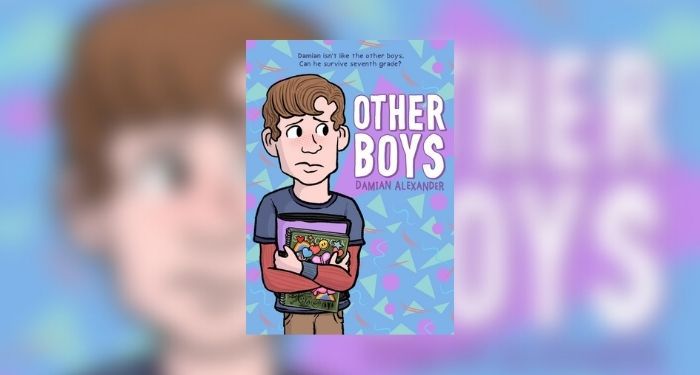 Win a Copy of OTHER BOYS by Damian Alexander!

This giveaway is sponsored by Other Boys by Damian Alexander.

In Other Boys, debut author Damian Alexander delivers a moving middle grade graphic memoir about his struggles with bullying, the death of his mother, and coming out.

“It’s hard to describe Damian Alexander’s particular mix of earnest sweetness and searing honesty without experiencing this book for yourself. Other Boys shoots straight for the heart in every single panel, and I’m both grateful and moved.”
—Becky Albertalli, bestselling author of Simon vs. the Homo Sapiens Agenda

We’re giving away five copies of Other Boys by Damian Alexander to five lucky Riot readers! This sweepstakes is open to residents of the United States (excluding Puerto Rico and all other US territories). Entries will be accepted until 11:45pm, September 13, 2021. Winner will be randomly selected. Complete rules and eligibility requirements available here.