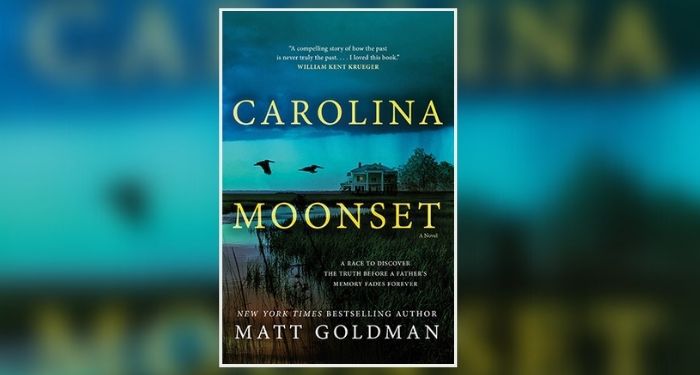 Win a Copy of CAROLINA MOONSET by Matt Goldman!

Joey Green has returned to Beaufort, South Carolina to look after his ailing father, who is succumbing to dementia. Marshall Green’s short-term memory has all but evaporated, but his oldest memories are vivid. His mind keeps retreating into long-ago yesterdays of growing up in Beaufort as a boy.

At first this seems like a blessing, with the past providing a refuge from a shrinking future, but Joey grows increasingly anxious as his father’s hallucinatory arguments with figures from his youth begin to hint at deadly secrets, long buried and forgotten.

We’re giving away three copies of Carolina Moonset by Matt Goldman to three lucky Riot readers! This sweepstakes is open to residents of the United States (excluding Puerto Rico and all other US territories). Entries will be accepted until 11:45pm, April 6, 2022. Winner will be randomly selected. Complete rules and eligibility requirements available here.