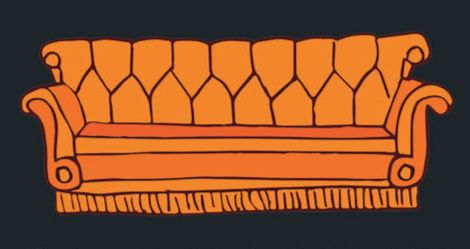 This giveaway is sponsored by I’ll Be There For You: The One About Friends by Kelsey Miller. 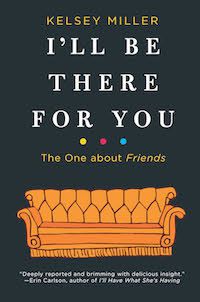 This definitive retrospective of “Friends” incorporates interviews, history, and behind-the-scenes anecdotes to explore how the sitcom changed television forever. When “Friends” debuted in 1994, nobody expected a show about six twenty-somethings living and falling in love in NYC to become a mainstay of “Must See TV,” let alone a global phenomenon. In the years since, “Friends” has gone through many phases of cultural relevancy, from primetime hit to 90s novelty item to certified classic. Ross, Rachel, Monica, Chandler, Joey and Phoebe have entered the pantheon of great television characters, and millions of people continue to view their stories today.

Who’s the best friend from “Friends” and why? Not a rhetorical question–we really want to know! Use the form below to tell us in 100-400 words. Be sincere, be funny, be irreverent. We’ll read your entries and post our five favorites to be voted on by Riot Readers. Each of the five finalists will receive an advance review copy of I’ll Be There For You: The One About Friends by Kelsey Miller. The grand prize winner will additionally receive the “Friends” Trivial Pursuit Game and two “Friends” oversize mugs.

Entries are open to residents of the United States and Canada (excluding Puerto Rico, all other US territories, and the Province of Quebec) and will be accepted until 11:44:59 pm, October 4, 2018. Entries that fall outside the range of 100-400 words will not be considered. Complete rules and eligibility requirements available here.