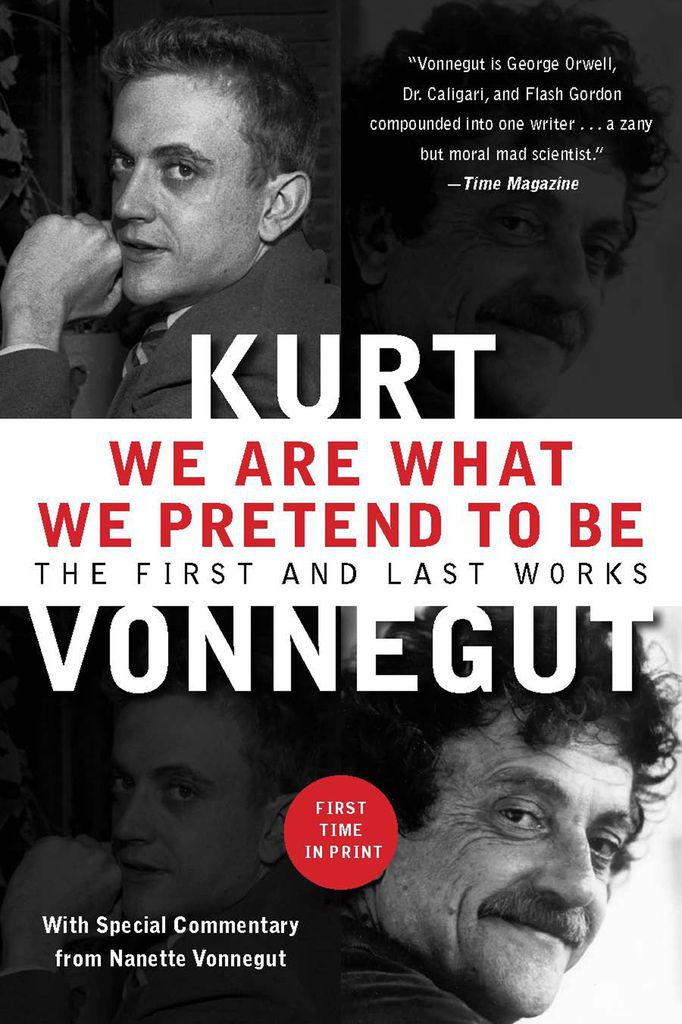 One of the reasons we decided to have a Kurt Vonnegut day this month was the release of several Vonnegut-related books. Only one of them, though, includes previously unpublished Vonnegut fiction. 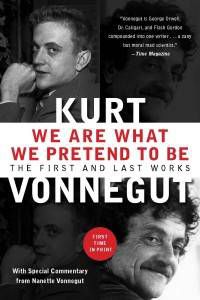 We Are What We Pretend to Be includes a novella Vonnegut wrote under a pseudonym in the 1940s, well before his first published work, and an unfinished novel, If God Were Alive Today.

The good folks at Vanguard Press supplied us with 10 copies to give away to you guys, so if you want one, fill out the form below to be entered in the drawing.

Called “our finest black-humorist” by The Atlantic Monthly, Kurt Vonnegut was one of the most influential writers of the 20th century. Now his first and last works come together for the first time in print, in a collection aptly titled after his famous phrase, We Are What We Pretend To Be.

Written to be sold under the pseudonym of “Mark Harvey,” Basic Training was never published in Vonnegut’s lifetime. It appears to have been written in the late 1940s and is therefore Vonnegut’s first ever novella. It is a bitter, profoundly disenchanted story that satirizes the military, authoritarianism, gender relationships, parenthood and most of the assumed mid-century myths of the family. Haley Brandon, the adolescent protagonist, comes to the farm of his relative, the old crazy who insists upon being called The General, to learn to be a straight-shooting American. Haley’s only means of survival will lead him to unflagging defiance of the General’s deranged (but oh so American, oh so military) values. This story and its thirtyish author were no friends of the milieu to which the slick magazines’ advertisers were pitching their products.

When Vonnegut passed away in 2007, he left his last novel unfinished. Entitled If God Were Alive Today, this last work is a brutal satire on societal ignorance and carefree denial of the world’s major problems. Protagonist Gil Berman is a middle-aged college lecturer and self-declared stand-up comedian who enjoys cracking jokes in front of a college audience while societal dependence on fossil fuels has led to the apocalypse. Described by Vonnegut as, “the stand-up comedian on Doomsday,” Gil is a character formed from Vonnegut’s own rich experiences living in a reality Vonnegut himself considered inevitable.

Along with the two works of fiction, Vonnegut’s daughter, Nanette shares reminiscences about her father and commentary on these two works—both exclusive to this edition.

In this fiction collection, published in print for the first time, exist Vonnegut’s grand themes: trust no one, trust nothing; and the only constants are absurdity and resignation, which themselves cannot protect us from the void but might divert.