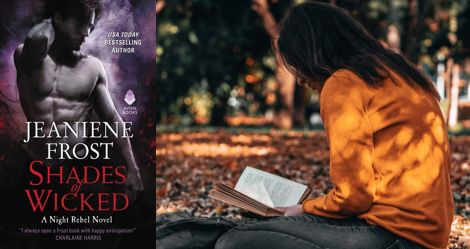 This giveaway is sponsored by Shades of Wicked by Jeaniene Frost. 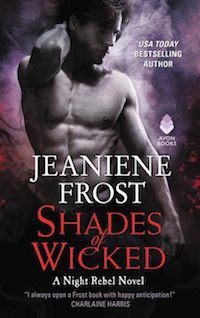 Master vampire Ian has made many enemies over 200 years, including Dagon, a demon who now lays claim to his soul. Ian’s only chance to escape is to join forces with a Law Guardian, but he’s never been able to abide by the rules for long. Veritas’ normal role is police, judge, and jury to reprobates like Ian, but she has her own ax to grind with Dagon. As she uses Ian as bait for the demon, Veritas realizes his devil-may-care image hides something more powerful, and Ian discovers Veritas has secrets of her own.

We have 10 copies of Shades of Wicked by Jeaniene Frost to give away to 10 Riot readers! Just complete the form below to enter. Entries are open to residents of the United States (excluding Puerto Rico and all other US territories) and will be accepted until 11:44:59 pm, November 6, 2018. Winner will be randomly selected. Complete rules and eligibility requirements available here.